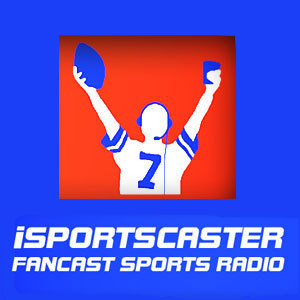 Scott Towler is all about reminiscing about back in the day. Like Ahmad. Except without the Gazelles or the BK’s.

Remember the days of John Madden and Al Michaels hosting Monday Night Football? Remember how nice it was to hear the iconic voice of John Madden, perfectly complimented by Al “I do what John says” Michaels? It was nice, wasn’t it?

In this day and age, between CBS’ piss poor coverage of everything EVER, and shows like NFL Today, Nascar Weekly, and over-eating competitions, the world of organized sports has gone fucking haywire. Worse yet, every network seems to think they need someone with a unique voice and opinion to work with said sporting event. Last time I checked , broadcasters were supposed to be unbiased, neutral, in the gray area- whatever you want to call it. But that just simply doesn’t exist anymore.

Indeed, the Network heads will hire any idiot to broadcast, from Jeanie “I’ve never taken off my heels” Zelasko broadcasting the World Series to Michele ‘I read what they tell me to’ Tafoya. They push recently retired athletes on to the air far too quickly after their careers end. They push, and they push, and they push…and finally, they hit the breaking point, best personified by these three men: arguably the worst broadcasters in basketball, baseball, and football today. Blow-my-brains-out, do I hate Steven A. Smith. This guy has had a stick up his ass since day one, and I think it has something to do with the fact that he thinks he looks like Kobe Bryant. But this over-opinionated idiot has been polluting my ears with completely biased basketball coverage for years. I could have handled it had Smith merely stayed a Sportscenter correspondent, but then they had to give him that show, “Quite Frankly…with Steven A. Smith.” Maybe it’s just me, but quite frankly ESPN, I’d hire a drunken penguin instead. At least the penguin can entertain us all with his delightful waddling. Or did you not see March of the Penguins? As if the World Series wasn’t bad enough this year with it’s lame match-up and incessant Dane Cook “There’s only one OCTOBER!” commercials, they decided to bring back a Fox sports favorite, Tim McCarver. I’m a true baseball fan. I’ve collected cards since I could walk, played for 14 years, and I watch any and every game I can. But it stems back from my childhood up in Atlanta, GA. It was 1991, the first year the Braves began their epic 90s run of disappointments. It was game 7 of the NLCS, Pirates vs. Braves, and for the entire season, Tim Mccarver had been boasting about how great the Pirates were. “Look out for the Pirates.” To this day, I’m pretty sure he meant ‘look out for Pirates (in general),” but even still…the Braves went on to win that game on a bottom 9th single by a Francisco Cabrera. The Braves advanced, and Tim Mccarver looked like an idiot for backing a team (again, being completely UNBIASED), and then watching them lose. That was 16 years ago. Somehow, that old fuck is still broadcasting today, and it’s only gotten worse with time.

Flash forward to this post season. Ever the AL fanatic (even though his entire career was spent in the NL), Tim McCarver never even gave the Rockies any chance at all. Instead of saying, “wow the Rockies really did it there,” he’s say something like, “well, the Red Sox blew it which allowed the Rockies to score.” Yeah yeah yeah, quit siding with what’s popular and just broadcast the fucking game. It’s not like I’ll change what team I’m a fan of because some old fart said that Ortiz was perfect in 7 games this season at first base. Give it a rest. Easily the worst broadcaster to ever live…ever…Tony Kornheiser has become the top hit on my ‘people I’d like to see eaten by bears’ list. This guy is so obnoxious that he makes me not want to watch Monday Night Football. And that’s unheard of. Monday Night Football is an American institution. It’s been around for years, featuring the likes of John Madden, Dennis Miller, and Jesus. Now, however, it’s become the bane of my existence.

Sometimes, I find myself tuning in just to see how much rage I can spew towards this completely fucking obnoxious and arrogant announcer. He thinks everything he says is right. Even if it’s opinion. He often clashes with Mike Tirico, whose sole purpose is to move the broadcast along! Mike isn’t there to run his mouth, he’s there to call the plays. The commentary is for the commentators…and Ron Jaworski is the only one with half a brain as far as I can tell.

Worse yet, this dipshit Kornhieser gets to leave the booth before the half so they can do his daily show (gasp), Pardon the Interruption, at halftime! So just in case you had the gun in your mouth, but had second thoughts…that should put the final nail in the coffin. He’s loud, offensive, brash, and everything you wouldn’t want in an announcer. Harold Reynolds slaps a girl’s ass and he gets fired, but Tony Kornhieser, who is universally loathed, gets 2 shows, millions of viewers, and an inflated sense of self worth. It’s enough to make you want to pack your bags, move to Europe and start watching soccer. Okay, maybe that’s a bit drastic.