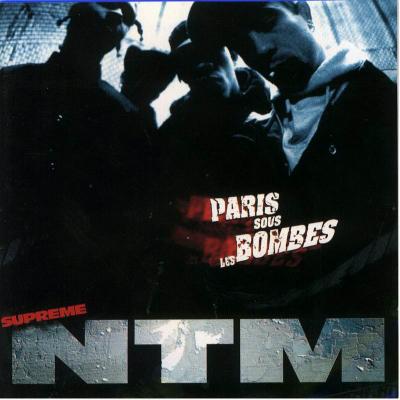 Sach O lost all the music on his iPod in a freak accident. This is the first thing he got back.

French rap is a harder sell than Canto-Pop. I don’t blame heads really: in an art form where lyrics are prized, a language barrier is the ultimate deal-breaker. No matter how bangin the beat or how tight the flow, the obvious reaction is for kids to scrunch up their faces and mumble like the head bully in a De La skit: “umm…what are they SAYING?” For French rap fans it’s frustrating but also a privilege: while East Coast heads lament the golden age, we have access to a whole parallel canon of NYC influenced boom-bap. French music never made a dent in the States but Parisians were the incredible students of the New York sound, studying the masters with all the zeal of a 5 boroughs disciple. In a country fundamentally incapable of rock music (yes, you too Justice) rap found its second home, eventually growing into the world’s second biggest consumer of home-grown Hip-hop. Naming a French G.O.A.T is nearly impossible, but as for “biggest shit disturber,” that one’s easy: Supreme NTM.

Best described as Public Enemy meets NWA and M.O.P, with Raekwon’s descriptive language and a little Das EFX, Mad Lion, and French cynicism thrown in for good measure, NTM (translation: Fuck yo moms) members Kool Shen and Joey Starr first came together in the early 80’s as B-Boys. Emerging as a musical force from Paris’s desolate housing projects a few years later, the group’s incendiary lyrics actually landed the duo in prison for hate speech, a charge unrivaled in America. Their beats drew on the chaos of the Bomb Squad and early Dr. Dre, but also kept a jazzy sensibility reminiscent of Pete Rock and The Beatminerz merging the violence of early gangsta rap to the groovier funk that blew up in the 90’. By the time their 1995 masterpiece Paris sous les bombes (Paris under fire) hit the shelves, their unique mix of aggression and funk had hit Chronic level sophistication and now stands as a defining moment in the evolution of French Hip Hop.

Coming off a decade of increasing police intimidation and reactionary rioting among minority youth in France, Paris sous les bombes is the great “post LA-Riots” album Ice Cube never made. Combining PE squeals, jazzy sax loops, g-funk bass and incredible scratching, the record evokes “Do the Right thing” in its simmering tension and promise of violence. This is music for a hot day when shit’s about to pop off. Shen and Starr threaten to burn the country, behead its leaders, take out new jack emcees, lament life behind bars and look back at the streets from which they came with sobering clarity and blunt pessimism. For NTM, nothing in the ghetto has changed since they were kids but the little that has is now worse. Mobb Deep’s music conjures a cold, hellish Queensbridge haunted by shadowy jakes. NTM, meanwhile, seemingly live in a boiling overstuffed prison ready to explode at any moment, an event that will bring unimaginable chaos, but also freedom.

Above all else, the album is about reconciling Hip Hop’s humble beginnings (including Afrika Bambaataa’s vision of “peace, love, unity and having fun”) with the increasingly desperate violence surrounding rap in the mid 90’s. References to old-school parties, break dancing and deceased homies collide with anti-government rhetoric that would make Al Qaeda blush. For the most part though, the duo reminisces on their teenage years and all that they’ve lost since then. Released on the heels of Illmatic and Ready to Die, Paris Sous Les Bombes was proof that France was keeping pace with the literary developments back in the Big Apple.

Within a few years, Parisian rap would go down the same path as NYC, trading sub cultural cachet for commercial appeal. In this light, Paris sous les Bombes is a look back at good times and bad and a reflection at what went wrong. It’s also a startlingly accurate prediction of the rioting and social unrest that would rock France in subsequent years. And while current French rap stars have more in common with 50 Cent than Kool Shen, you can still hear echoes of this album every time a car burns on French soil. If Welcome to the Terrordome smoked Gitanes, it might sound like this.