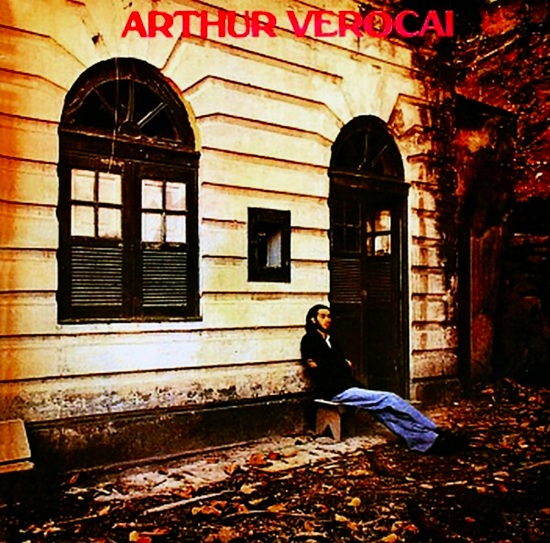 The slender hippie wearing jeans and an aloof gesture, was replaced by a crisp suit and the makings of a middle-aged gut. But as the third installment of the Timeless series proved, Arthur Verocai’s music continues to wield an indelible power that will ensure survival until we’re watching music holograms in our own private hyperbolic chambers (yes, my vision of the future essentially looks like a cross between 2001: A Space Odyssey and the Neverland Ranch.)

If you aren’t familiar with the Rio De Janeiro-raised Verocai, his epononymous 1972 masterpiece, and the hapless backstory that led to him being something akin to the Tropicalia Vashti Bunyan, I have a brief but hopefully useful synopsis at Pop and Hiss. If you’re too lazy to click over, think a synthesis of soul, classical, funk, folk, samba, rock and jazz, occupying a psychedelic middle ground between Marvin Gaye’s “What’s Going On,” Miles Davis’ “Bitches Brew” and Frank Zappa’s “Hot Rats.” I also had the auspicious fortune of interviewing Verocai–as always, leftovers below the jump.

Thanks to faulty intel, I missed a DJ set from Madlib with an appearance from MF Doom (he, of the just-leaked and awfully good, Born Like This). As for Verocai’s performance, what stood out most wasn’t the music, as bewitchingly beautiful as it was re-created live by a 36-piece orchestra including Brazilian royalty, Ivan “Mameo” Conti, Airto Moreira, Jose Bertrami, and Carlos Dafe. Instead, the moment occured slightly after the encore, with Verocai soaking up the spotlight, submitting to the roaring crowd with “we’re not worthy” bows, slightly uncomfortable, but absolutely awestruck by the reverence and admiration–the accretions of lean years and deferred dreams suddenly vanishing from the creases and sharp angles of his face. Though he spoke little English, his coruscating expressions intimated the fulfillment of visions first illumined nearly 40 years ago.

If you aren’t familiar with Verocai’s music, it’s absurdly recommended. Scoop the songs below, saunter over to Soul Sides for two more, and cop the rest from your favorite Russian MP3-monger. Bible material–as printed in Portugese.

What do you think it is about your music that has drawn Madlib and the numerous other artists who have been influenced by it. How does it make you feel to know that you’ve been so influential in other’s own act of creation.

I never could have imagined that this would happen. I am feel happy, very fortunate and honored for people to recognize this music. 40 years late, but right on time.

What projects are you working on now/tell me about the new compositions you’re planning to unveil at the show Sunday.

I am working on arrangements for Farout Recordings (Azimuth, Sabrina Malheiros, Marcos Valle, Monster Disk), Quantic, and other Brasillian artists. Sunday I will present popular songs with my last album “ENCORE” , of 2002 album and new tracks that were especially written for this Concert in Los Angeles.

What do you think of the current state of the Brazilian music world. Do you listen to much contemporary stuff

There is not much creativity now.

Do you have any goals for the future? Anything you still hope to achieve?

I composed several acoustic guitar solos, duets, quartets and a concerto for guitar and orchestra with three movements. This is my new classical work that I will present this year here in Brazil.