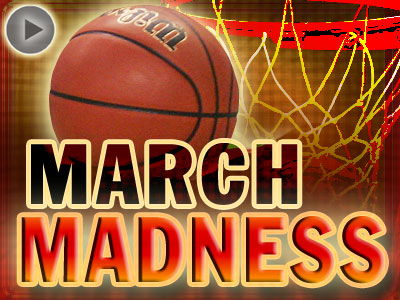 Everyone loves this time of year: the days get longer, the weather gets nicer, girls start wearing tank tops and miniskirts, and you get to gamble at the wee hours of the morning and it’s almost socially acceptable. Yes, I will be in Vegas sipping on a bloody mary in a couple days, crying in the corner of the sportsbook about how I just lost all my beer money on North Dakota St—ohh, what was I thinking? I thought those farm boys could shoot. Could UNC, Louisville, or, dare I say it, Washington or Gonzaga go all the way? The debate rages on.

The last two years have gone pretty much according to plan. In other words, most high seeds defeated their feeble lower seeded opponents and naturally, a favorite went on to win the tourney. Therefore, I believe this year will be slightly crazier with a few more upsets in the works if for anything else than the fact that we are “due.”

You might be saying, but where do I go crazy on my bracket Sandro? How do I win my office pool? Well, I have no fucking clue, I only pretend to know. But what I can say is that March madness is labeled as “madness” because of is unpredictability (words of wisdom, I know). Hence, I can guarantee you that the winner of your pool will probably be an asshole who picked Utah St to make it to the elite 8 and had Illinois going all the way. For instance, my secret weapon is a dishwasher named Julio who just arrived to this country last week and doesn’t speak a lick of English. Though I’m pretty sure he thought we were asking him about the Mexican D-League, he gave astute predictions (by pointing at the New York Post that we shoved in his face) to the Big East tournament, having West Virginia make it to the semis and for Syracuse to beat UCONN. Yes, Julio knows the value of underdogs.

Things to be happy about:

Thank God this isn’t College Jeopardy, because I wouldn’t like SUNY Binghamton’s chances against the #8 ranked National University in the country by US News, the Duke Blue Devils. You see, the state of New York has finally picked on this little thing my college baseball team liked to call, “W.I.T.” or, “Whatever It Takes.” In other words, SUNY Binghamton’s coach, Kevin Broadus recruits players who are good at basketball, but don’t exactly hit the books. The American East’s top player, Binghamton’s D.J. Rivera, transferred from St. Joseph’s because of academic problems, and Junior guard Malik Alvin, a transfer from Texas El-Paso, has similar concerns.

In fact, all this shady recruiting has lead to major controversy in the American East and to get more info I would suggest reading this New York Times article by Pete Thamel,  But, like I said, this isn’t a spelling bee, and I don’t think Singler’s going to be asking Rivera about his thoughts on the RPI. Instead, Rivera and the rest of the Bearcats are going to give Duke some trouble on the hardwood. I’m not predicting upset, but I am predicting a closer than expected game.

That USC and Mississippi State won their league titles: 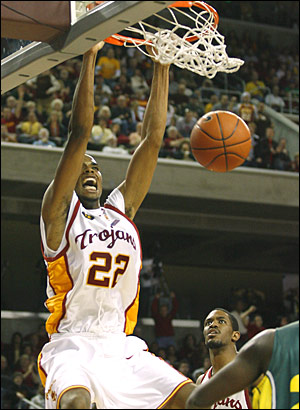 Some of you might be crying because some bubble teams, bubble got burst by an extra team from the PAC 10 and SEC making the field of 65. For starters, Miss St most likely made it in instead of another crappy team from their conference such as Florida or South Carolina and this is a good thing. Now, you will get to see the nation’s leading shot blocker in Jarvis Varnardo, and one of the most underrated guard’s in the country, Barry Stewart, if only for a game (or two). Similarly, USC may have taken away a spot from Creighton, but now you get to watch one of the nation’s top frosh, DeMar Derozan, and Italian-speaking Daniel Hackett, ball it up instead of four talent-less trailer park-Kyle Korver-types, diving all over floor from the Missouri Valley.

You should be sad that: 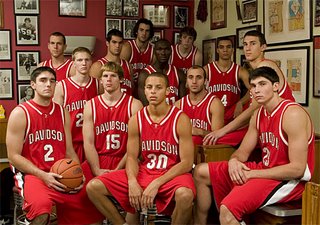 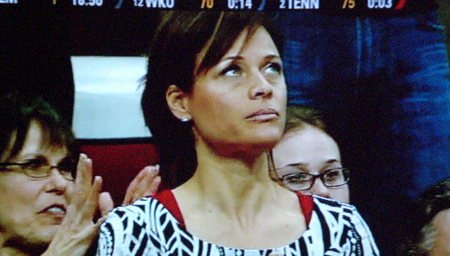 The Big Ten sent seven teams to the tourney:

I don’t hate Big Ten basketball. Alright, I sort of do, but I’m not going to sit here and tell you they suck because they don’t (well, they sort of do). I am, however, going to tell you that the Big Ten is boring. They tend to slow down the pace of the game and play killer defense. I guess if you’re a basketball purist this is sort of fun, but, when you’re belligerently drunk in a sportsbook, you don’t want to see this sort of slow action. And now, because the committee has a major hard on for Middle America, the Big Ten will be unavoidable.

Cleveland State (13) beats Wake Forest (4) in the first round. With the 52nd best RPI in the country and a horde of Horizon League talent confronting an overrated Wake Forest team, this game has all the makings of an upset. Not to mention, Cleveland St has head coach Gary Waters. Though Waters struggled in his stint with Rutgers, he had tourney success with Kent State in 2000-2001, when the coincidentally 13th ranked Flashes beat Indiana in the first round. And, you have to have faith in a man who recruited Antonio Gates to his basketball program.

Texas (7) makes it to the Elite 8. Texas is a terribly inconsistent team and much of their success depends on how well AJ Abrams shoots. That being said, if they can beat Minnesota you have to like their chances against undersized Duke, who have been torn apart by big front courts all season long and then another undersized team in Villanova in the sweet 16.

California (7) beats Maryland (10) by 20 pts on Thursday. I’m just going to say it: Maryland isn’t good at basketball and doesn’t deserve to be in the big dance. They have one stud, Greivis Vasquez who has carried this team on his shoulders all season long, but will be tested against fellow stud, Jerome Randle from Cal. If Randle can limit Vasquez to under 20 pts in this contest, the rest of Cal’s team is that much better than Maryland’s that they should win this game handily.

Good luck and enjoy the distraction from work.

(Disclaimer: If you choose to actually take my advice and wager on anything I’ve stated, I’d like to make it clear that Julio made all of these predictions and I can in no way be held responsible for your stupidity in following his/my advice. Julio also apologizes for using the term, “sort of” throughout this piece of writing.)