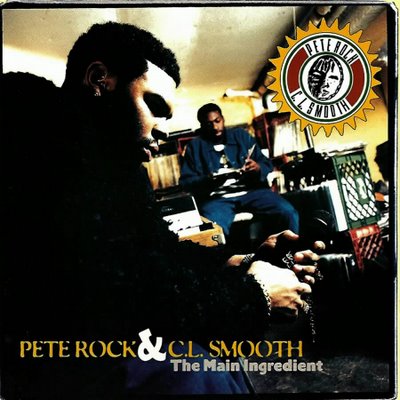 Aaron Matthews wrote this beat de-construction while wearing a suit made of talking Teddy Ruxpin’s. Top that, Gaga.

“All The Places” is a archetypal example. It starts with the strings, fit to lift the hairs at the nape of your neck. Chills when the beat drops…a buttery guitar loop winding around the cavernous drums, a silky, swarming bass line teeming around the drums and guitar, CL’s raps effortlessly gliding over Rock’s rhythm.  Celestial vocals chime in every few bars, most noticeably on the chorus, where it joins one of the many Biz Markie vocal samples on the album. What’s most astounding about Pete Rockerfeller’s work here is that virtually all of these musical elements are lifted from the first 30 seconds of Donald Byrd’s “Places and Spaces.”

You can glean Pete’s love for the beat, by the way he lets the instrumental ride for nearly a minute after CL’s verse concludes. You have to bob your head. CL says it best–prime for the summertime. Biz Mark questions the listener: “Can you feel it?” How can you not?