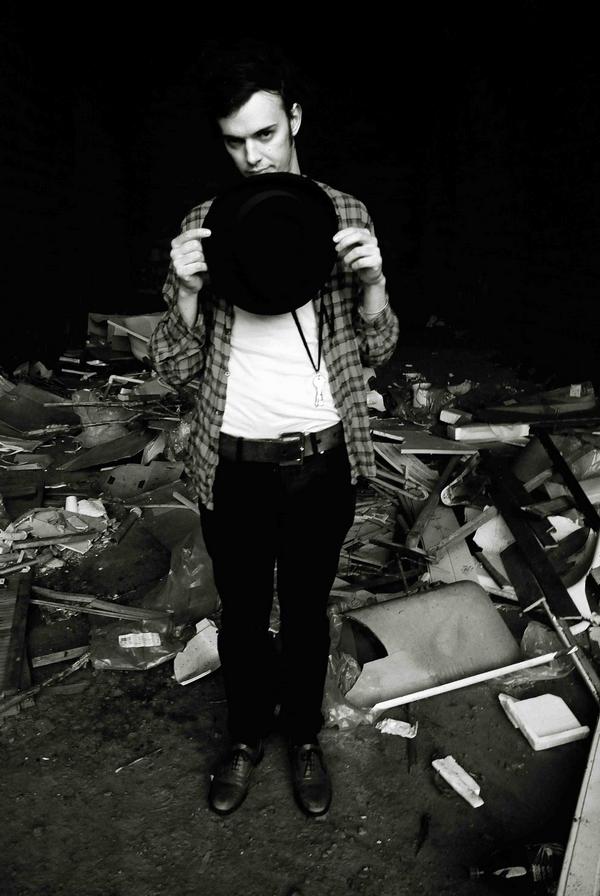 Let’s be honest, a significant portion of the purple/wonky/whatever tunes–even the exceptional ones–lack personality. Enter Rudi Zygadlo, yet another of the Scottish-bred beat contingent, who have spent the last year and change convincing the seven Americans paying attention that Glasgow is far more than the sum of Belle & Sebastian, Franz Ferdinand, and cheap stereotypes involving Groundskeeper Willie and his retirement grease. Like Mike Slott, Hudson Mohawke, and Rustie, Zygadlo operates at the hazy intersection of hip-hop and dubstep, and despite the reductive simplifications they’ve engendered, like anything truly creative, their styles are singular.

Inspired by classical, church liturgies, opera, folk, Zappa, and early ’00s early hip-hop, Zygaldo’s music stands out from his peers for his eclecticism and deep devotion to song-craft, boasting well-constructed hooks, bridges, and breakdowns. Calling these “beats” does them a grave disservice, with their brain-frying synths, ruthless groove, and symphonic inclinations most closely resembling Guido and Nosaj Thing. Hearing Zygadlo on a Mary Anne Hobbs’ BBC1 mix for the first time, engendered a stop-whatever-it-is-that-you’re-doing epiphany, one that immediately made me want to know more about the man who will soon be eliciting a spate of bad “Rudi Can’t Fail” headlines. A Google search brought back little information other than mentioning that he used to play in an indie-rock group called The Velcro Quartet.  Thus, this interview needed to happen. Zygaldo’s first full-length, Great Western Laymen, drops in April on Planet Mu. If it’s anywhere as good as the singles and remixes (everything from Hot Chip to “White Lines”) collected on the Hobbs mix he dropped last month, it promises to be one of the year’s most memorable debuts, even better than “The Shinning.”

How did you get into beat-making and how separate of an entity is it from The Velcro Quartet material.

In some form or other, I’ve been making music since I was in primary school, learning the guitar but I first started dabbling with computer music in my early teens. Only since the end of last year did I really start finishing tunes and developing a specific style. I think it was down to a number of circumstantial determinants. Leaving university prematurely has given me the time to do it. Moving in with a fellow music producer with a technical prowess was a key step too. His hermetic work ethic inspired me to get my head down. Then there was the conception of my own sound and Planet Mu interest really early on, which made everything worthwhile and kick started the album.

Because it’s a fairly new thing, I haven’t been seriously in any scenes so to speak. I don’t listen exclusively to music one might associate with my own, on the contrary, I wasn’t really aware of a lot of the Glasgow hiphop, wonky and dubstep scene until fairly recently.

Because of the Velcro Quartet, I was involved in the band circuits a lot more. But the birth of my own project seemed to coincided with a bit of a Velcro Quartet standby. The two entities haven’t been competing at all. Joe, the writer and frontman of the band, is working on some interesting projects himself at the moment.

Who were your most important influences that inspired you to first start making music? Was there a galvanizing moment that made you decide that it was what you wanted to do?
It’s hard to say. There has been perpetual influence going on all my life. A lot of classical music: chamber music mostly. Jazz. The complete works of Frank Zappa. He dominated my musical interest for years when I was younger. Warp records got me into electronic music, just about when drukqs came out. Then Planet Mu through a friend. You start to get interested in labels and dates. I always like to know everything about an album’s background. I like a lot of Folk, old and contemporary. Novel music. After the emergence of dubstep, I always saw the potential in the genre for more interesting things and for the last few years I had a form of music in my head which used some of its fundamental characteristics and merged them with classical, jazz and pop structures taking away what I considered monotonous. The moment I realised I was actually creating or at least trying to create this fusion was probably the galvanizing moment. It was quite a subconscious thing. The moment [Planet Mu founder] Mike Paradinas got in touch, gave me some credibility and self-belief. Music has always been what i wanted to do but until that moment, I didn’t believe it’d ever happen.

How would you describe the beat scene in Glasgow right now. Obviously, there are a lot of great producers coming out of the city. What do you think it is about the current environment that’s fostering this?

Yeah, Glasgow is harbouring many talents. I can’t compare it to another city really because I have never lived in another city. It’s certainly the cultural capital of Scotland. It has a famous University and Art School, which i know a lot of the musicians in question attended. Then there are a lot of great places to play. A lot of wacky nights that people put on. I dunno.

For me, coming from the countryside into a thriving artistic city was daunting to begin with. So much so that it sort of suppressed my own creativity a bit. I pretty much stopped making electronic music for about three years. I did a little, but my laptop got stolen one night and two days later, I set my room on fire by accident. That put the lid on it completely.

To build on the last question, is there a feeling of community where you guys feel like you’re constantly trying to impress one another and compete (in a positive manner) or is a more isolated environment?

I certainly picked up on a feeling of a community when I was gigging with the Velcro quartet. Most of the time its a mutually encouraging thing. Playing together, putting nights on. Sometimes it’s a bit of a rat race. With some of the bigger bands, I picked up on a bit of taunting. I guess it can potentially be detrimental but on the whole it’s camaraderie. With my electronic stuff, no one knew what I was up to until news of the signing seeped out. A lot of public awareness creates pressure on an artist to deliver. This is usually a healthy pressure. But I was lying low, just churning out music for a very small number of people for feedback. Recently I’ve started playing gigs. Word is out. Haha. And now the album is finished I can relax a bit and think more about my live performance and integrating myself into these existing communities. Not too much though.

American hip-hop seems to have played an incalculable role of shaping the emerging Glasgow sound. Are there any rap producers that have impacted you specifically?

There are hip hop producers I like, yeah. The Quannum collective. Prefuse. RJD2. Aesop Rock, I don’t know how much he produces himself. My brother is massively into hip hop. That’s where my hip-hop tastes come from mostly. But I’ve been a bit out of touch with it of late.

How did you get connected to Planet Mu and what made you decide to sign with them?

I had sent a couple of tracks to a few labels. Can’t remember who exactly now, but not Mu because I thought it was too long a shot. I think Hyperdub were the only ones who got back to me. An A&R man from Hyperdub said he would show it to some other people. A month or so later, Mike emailed me. Happiest day of my life.

When is your first release with them slated to drop.

There is a single coming out in March. Then the album Great Western Laymen coming out in April. It’s a combination of songs with and without vocals. Half and half. Its really great. All the music was conceived, written and produced this year in my bedroom. It very much pays homage to my surroundings. I live on Great Western Road. From my window I can see two churches and the album has a very ecclesiastical theme. Initially, I wanted to set the Latin Mass to electronic music. Composers have set the liturgy to music for hundreds of years. Anyway that got chiseled down to one song, “Missa Per Brevis” (very short mass) which contains parts of the Agnus Dei, I think or the Sanctus. There is a bit of sax, some synth solos, some mothers. Heavy bits, Soft bits. Perverted bits. Blasphemous bits.

What’s a typical day for you like? Do you have a day job and if so/how hard is to balance a creative life with financial demands

Had a couple of bar jobs since uni. More recently, I was on a job seekers allowance. Now I’m not. Very Skint. I live in Squalor. I like to read and write. Write songs. Make music. Listen to music, listen to Radio 3 and 4. Go out and do a mixture of high, low and very low cultural activities. I also like going back to the countryside and staying with my parents, seeing family and friends from that neck of the woods and doing some work down there.

What were your favorite records of last year?

Hmm, not sure. Most of the music I have been listening to this year is over a century old. Animal Collective Merriweather Post Pavilion was a great. There is a Skweee compilation called Dodpop Volume 1 which came out a month or two ago. Really good. Tyondai Braxton – Central Market is pretty startling. Clark – Totem’s Flare has a few bangers. Theres been a whole bunch of good wonky stuff: Jamie Vex’d, Slugabed, Nosaj Thing, Fulgeance etc. 2008 had a lot more high points, I think, if only for Sebastien Tellier – Sexuality.

Besides the album, what are your tentative plans for this year?
For next year, I’m working on an Operetta at the moment, libretto and score. That should extend a fair bit into 2010. I’d like to play some interesting gigs, hopefully abroad, and work on live sets, finding the best way to entertain and satisfy the ruthless public. Do a bit more short prose writing. Read.