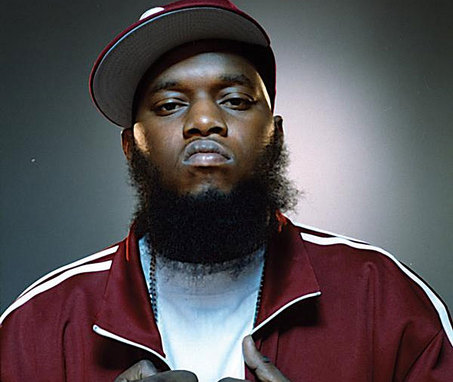 I’m about three weeks overdue for a New Rap Language post, but the deadlines keep piling up, so we’ll all have to deal and instead focus our attention on the hypnotic quality of Freeway’s beard. Stare at that motherfucker. There are lost civilizations embedded in there: Mu, Atlantis, Lemuria, the ruins of Roc-A-Fella, all co-existing in a charcoal clump affixed to the chin of the Philadelphia freezer. Stimulus Package hasn’t leaked yet (to my knowledge), but the latest Raekwon-aided single has my interest piqued. Pairing with Jake One and signing to Rhymesayers was the wisest move that the bearded one could’ve done. Instead of dropping with minimal promotion on Koch, he’s got the Biz 3 machine, actual A&Ring, a slot at the Paid Dues Festival, and a promotional packaging video slicker than anything the Obama campaign has released in months.

More importantly, he sounds revitalized after the unfocused drift of his daily freestyle sessions. Jake One might not be Just Blaze, but he’s the ideal recession budget equivalent, one of the few producers left who understands how a flip a soul sample and keep it fresh. The pair flash a natural chemistry and it’s a reminder why the one-producer, one-MC formula was once the standard arrangement. Freeway’s always been slightly one-dimensional and his winded wheeze has often felt more suited to a sprint than a marathon, so it’s nice to see him fall back in the pocket and rap about drugs, snitches, and uh, The King of the Prussia mall.

Below the jump, a few recent videos that further illustrate why even though Beanie Sigel was last seen aimlessly wandering around 50 Cent’s still unsold Connecticut mansion, there is life after the Roc.

ZIP: Freeway & Jake One – Beat Made Me Do It Mixtape (Left-Click)