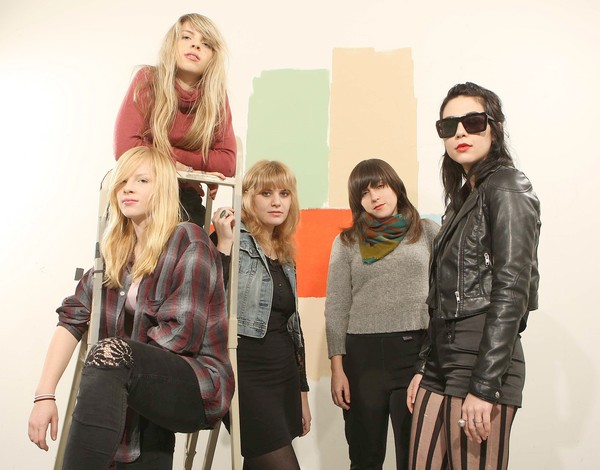 Alternate titles for this article included: Lo-Fi: How Well Does it Match Your Denim Jacket? The Gorilla Vs. Bear Guide To Los Angeles, and Douglas Martin’s Skit Plans for the next 5′ 0 Clock Shadowboxers album. For those of you averse to ink stains, Sunday’s LA Times included a feature on Dum Dum Girls, Best Coast, Nite Jewel, and Pearl Harbor. My crack team of Thesaurus-armed Caracals contributed the words that filled up the space between the Macy’s ads. This space has been conspicuously absent of coverage of these bands, mainly because Chris GVB continually beats me to the punch and it’s no fun to nod your head and hum the chorus to “Mr. Me Too.” Well, unless pyrex stirs turn to Cavalli furs.

However, these bands make good music and what they lack in fidelity, they make up for in personality. If I wasn’t too lazy to transcribe the hours of interview transcripts, I could keep the Internet intrigued for days with discussions of esoteric drugs, abstruse philosophers, and an in-depth analysis of “The Situation.” Instead, I will write a nebulous comment alluding to allegedly “deep” conversations, post some MP3’s, and go to my basketball game. But before I do — and while I’m on the topic of always on-point blogs — allow me to point your direction towards Aquarium Drunkard, who just posted an excellent garage-psych-rock mixtape compiled by Raven Sings The Blues. OK, you get it.

Tunes below the jump.