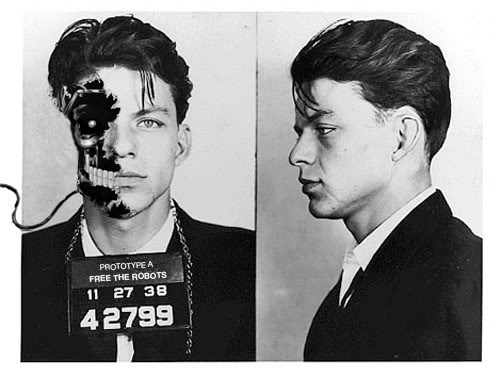 Science has failed us. We were supposed to get hover conversions and robot vassals who could keep our sky castles tidy, while making us homemade guacamole and new-fangled old fashioneds. Yet as the new millennium rolls into its second decade, the most popular robotics involve Megan Fox’s stilted theatrics in Transformers.  Granted, there is Robot Koch and Daft Punk, but we’re all deluding ourselves if we think they can bridge the gap between pliant automatons and our sad sad reality. Chris Alfaro, who records as Free the Robots, attempts to cover the difference on his debut Alpha Pup release, Ctrl Alt Delete, turning in an album full of quicksilver synths, iron drums, and samples that sound like they were salvaged from scrap heaps.

Heavily steeped in the Low End aesthetic, Free the Robots doesn’t as much assert a new vision as much as add a different angle, one occasionally angular and overly stiff, but often sleek and punishing, closer to traditional dubstep but unorthodox enough to dig up some dirty Levantine psych to make a beat called “Turkish Voodoo.” I gave the weed dispensaries six weeks to add this sativa. Heads already indoctrinated into the world of beat music will undoubtedly find this the ideal soundtrack to blunt cruise, while admiring the fine craftsmanship of Goldie Wilson III. Non-believers can continue to keep a vigil for the return of Rosie the Robot while bumping Cocorosie (yes, today is make your own Busdriver rap day).