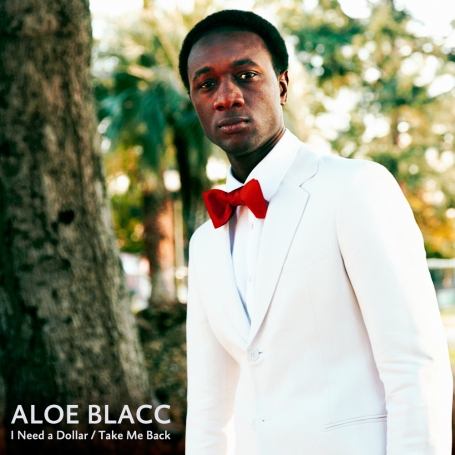 With the recession lingering as a semi-permanent hangover, Aloe Blacc’s sentiments remain fresh, though he probably wrote this back when people still believed that the mere election of Obama would yield millions of green jobs, glazed doughnut candy canes, and free cable for all. Since my apartment lacks Home Box Office, I was previously unaware that “I Need a Dollar” is the theme song for Kid Cudi’s How To Buy Limited Edition Japanese-Only Pumas in America, though its cover feels far more Danny Duberstein.

An industry vet dating back to his rap days in Emanon with Exile, Blacc recharges his mitzvah by channeling the dusty 60s soul that Mayer Hawthorne so artfully mined last year. Recruiting some of the best in reanimation, Brooklyn’s Truth and Soul (on production) and The Expressions and El Michels Affair (the backing band), “I Need a Dollar” strikes a rare balance of timeliness and timelessness. Many contemporary recession songs have felt like shallow attempts at empathy or savvy image rehabilitations, but Blacc’s is imbued with world-weary sadness and subtle desperation. The music supplies the hope — a celestial hail of horns and plangent pianos –a haunting line nicking “Still Dre” and/or “Two Weeks.” The result is something along the lines of “Circulate,” “Brother, Can You a Spare a Dime, ” or “Minimum Wage Nanny.”  Repeated listening may also help mitigate the sufferings of Groat’s Disease.