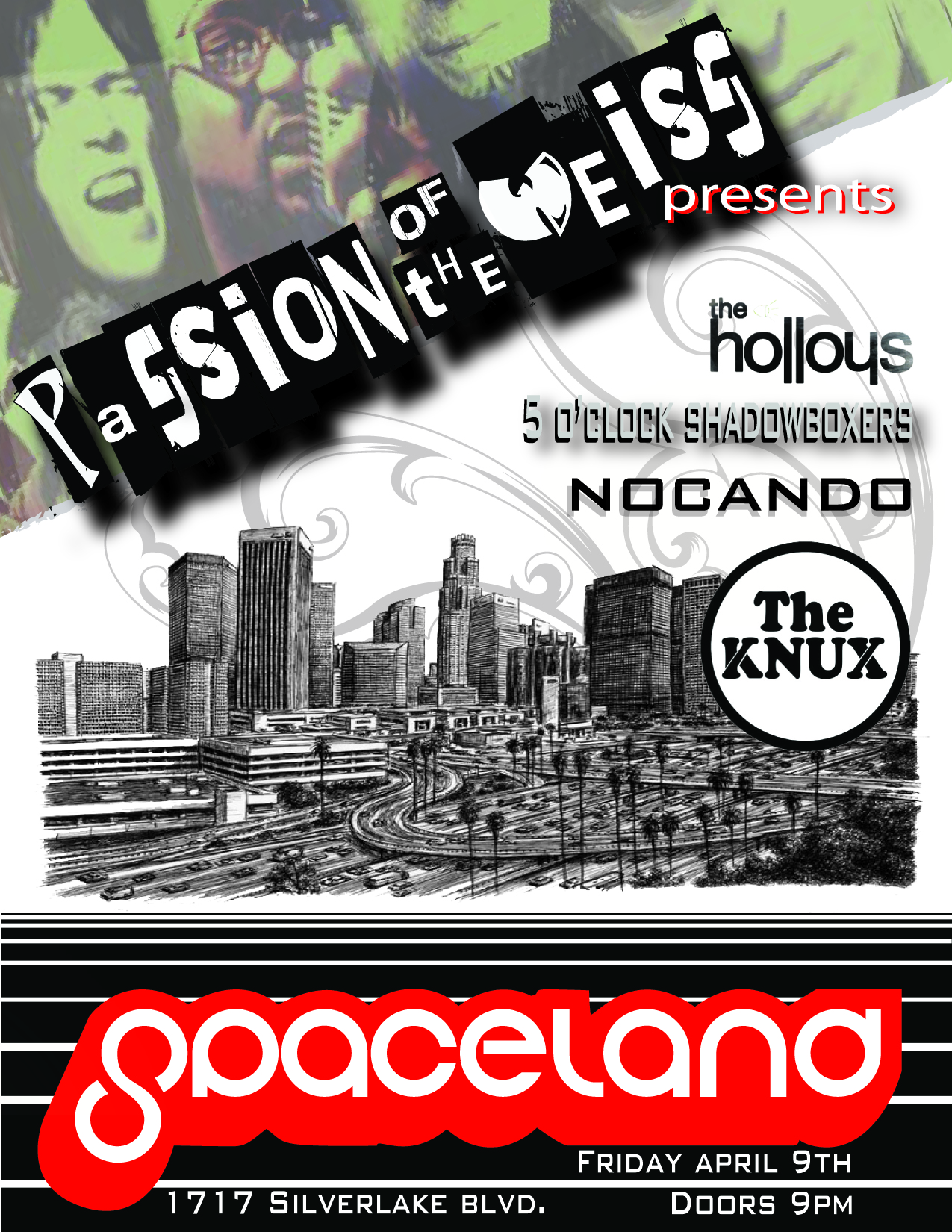 The polarization between rappers and rock groups has always bothered me. Granted, one can interpret it as a wise conclusion gleaned from the Durst era, but I suspect otherwise. The last few years have seen arbitrary barriers between genres collapse, with hip-hop producers swiping samples from MGMT, Vampire Weekend, and Radiohead, Dame Dash and The Black Keys conspiring to give Jim Jones creditability among the Soy Ice Cream sandwich set, and even Lil Wayne trying to pretend that Dimebag Darrell isn’t just the name of his weed man. Meanwhile, whenever I interview rock groups, I’m often surprised by their appreciation and knowledge of hip-hop.

This jangled Internet age has pretty much killed the idea of the genre exclusivist. I don’t imagine there’s anyone left reading this blog who only listens to rap or indie or bass music. And yet local concert lineups have rarely reflected this development, with promoters insistent upon booking four indie rock groups, four laptop DJ’s, or four rappers. The point of the Passion of the Weiss Presents series is to get a bunch of different artists of varying sounds and styles together to jam, do covers, unorthodox set lists, and just do something uniquely memorable. The first show might be rap heavy, but it’s certainly not the template. The idea is that there need not be a template: old-school LA rap legends performing alongside the most promising MC’s of the next generation, interspersed with indie rock bands, funk groups, Afro-Beat groups, Low End Theory beatmakers. The goal is for each to show to be special and something impossible to replicate anywhere else, in any other city.

With the exception of The Holloys, all the artists on the bill have been written about extensively in this space, thus I won’t bludgeon you with another recitation of their abilities (though I will probably bludgeon you with hype and hyperbole in the next 16 days leading up to the show). They were selected because they represent what the series is about: an aversion to orthodoxy, an insistence on innovation, and of course, shining light on highly gifted musicians. It will be cheap ($8), it will be interesting, it will have llama rides, an extraterrestrial petting zoo, and free giveaways of Pit Bull Hoverboards. Friday, April 16th, 9 p.m. casual attire preferred.