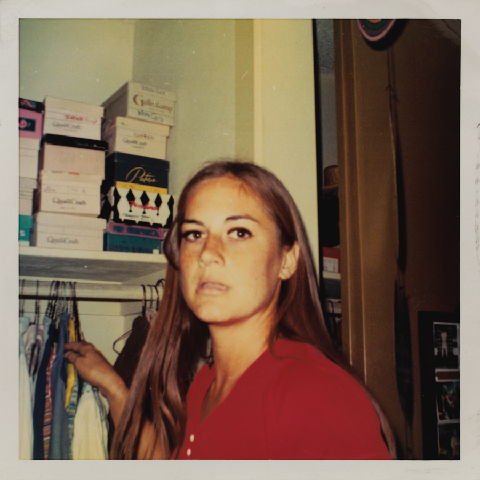 Nostalgia’s a motherfucker. Kristen Gundred (better known as “Dee Dee”), front-woman and songwriting nucleus for Dum Dum Girls, once told NME, “I always said as a little girl that I wanted to be in a band that sounded like the kind of girls that went out with the Ramones.” Dream in mind, Dee Dee took to her bedroom to record slew of singles and twelve-inches that were high on melody and low on audio fidelity. When it came time to record a full-length, she took her self-described “blissed-out buzz saw” aesthetic to Richard Gottehrer, the dude who wrote “My Boyfriend’s Back” and has worked with The Raveonettes. In showbiz, we like to refer to that as “a natural progression”.

“I remember when you used to hide behind your silly hair,” sings Dee Dee on “Blank Girl”, a sweet, fuzzed-out ballad featuring her husband, Brandon Welchez of the woefully underrated band Crocodiles. Throughout the record musically, there is a richness in the vocal melodies and arrangements that recall the girl-groups of the 60’s which, combined with the distorted, reverberated guitar jangle, sounds like what Jesus and Mary Chain would sound like had they actually been born girls instead of just pretending to be. Reminiscence is a lyrical theme that pops up all over I Will Be, as evidenced in “Yours Alone”: “Grade school went by in a flash/Middle school was such a drag.”

Irresistible first-single “Jail La La” finds Dee Dee waking up in some strange place after a blackout, clearly nervous as hell. Across the room is a woman who is, in no uncertain terms, “covered in shit and high as a kite”. With its harmonized ‘la-la-las’, the song is clearly the most convivial document about going to jail since Lil’ Kim’s Countdown to Lockdown television series. When Dee Dee sings about the present, it’s usually either an expression of anxiety or a vow of loyalty to her man (or sometimes both, as evidenced on “Everybody’s Out”). On the title-track, one of the darker tunes on the record, she augments the same thing in the ethereal verses as she does during the bold chorus: “I will be your girl”. In present tense, she’s going to jail. In the present tense, she’s a burnout. No wonder the past is recalled so fondly.

The future is met with even more anxiety than the present, anticipating a confrontation with someone copping her style (“Lines Her Eyes,” the closest thing indie-rock has to Raekwon’s classic “Shark Niggas (Biters)” skit) or admitting that she’ll feel used down the line (“Rest of Our Lives”). On the melancholic closer, “Baby Don’t Go”, Dee Dee recalls the past a final time before asserting that she’ll eventually come back, that her tears will dry out by the time she gets to the big city. But that assertion sounds like longshot optimism or the type of thing you say to someone you love to make them feel better. And Dee Dee knows this, so she puts on her trademark dark shades and takes that long bus ride out of town. But in spite of how that future pans out, I Will Be has all the ingredients of a classic, a record that will surely be recalled fondly, when it’s a relic of all of our pasts.