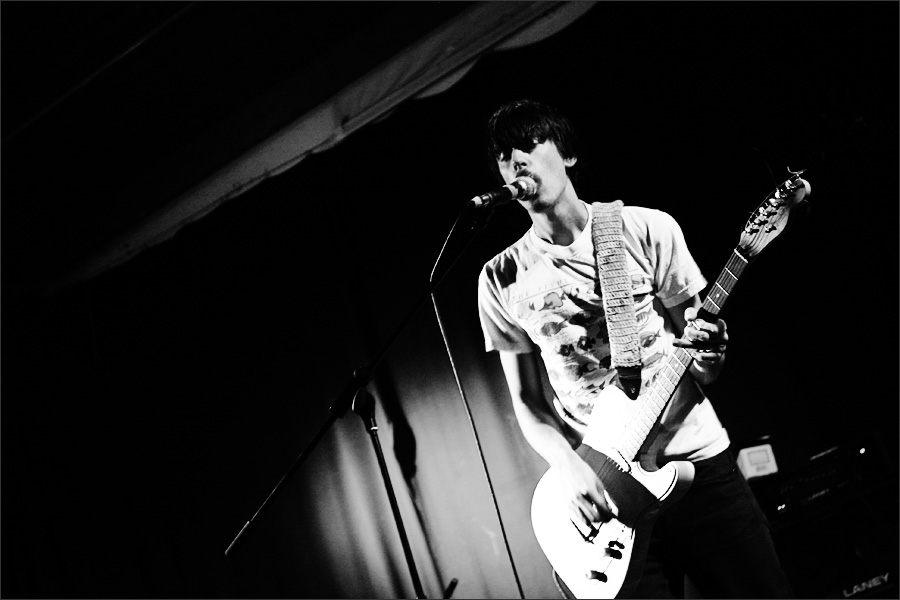 The PotW squad initially had beef with Cameron “Sly” Stallones. It started from the “coincidence” that he shared an eerily similar moniker as the artist formerly known as Sach O. There were a couple threats to shave his mustache, several aborted missions to chain him to the Eagle Rock, Prometheus-style, and there was even a short-lived Royal Rumble involving several of us, Dean Spunt of No Age, Mr. Fuji, and several pounds worth of bleach. However, over a “totally cosmic” ayahuasca trip, we were able to reconcile our differences, leading to today’s post on Pop & Hiss.

Should you be too lazy to click over, here’s the abbreviated version: Sun Araw has carved a spot for himself at the intersection of psychedelic, dub and drone music, recording witching hour-long jams live and then layering fuzzy wah-wah guitars, odd percussion and plaintive wails The results are full of humid and hypnotic groove, tranquilized tribal drums and a slow swamp water slink. If you shut your lids and listen hard enough, you can hear the faint hints of his idols: the cosmic slop of Funkadelic, the ferocious locomotion of Fela Kuti, the stoned shape-shifting of Sun Ra, obscure Swedish psych-rock and the sorcerer minimalism of Terry Riley.

Of course, he’s not in that league yet, but he ranks with a-likes Brightblack Morning Light and his former band mates in Pocahaunted as some of the most notable purveyors of music for shamans, medicine men and the neon-clad crowds searching for purity in the primitive. Listening to “On Patrol,” the latest from the prolific former member of Magic Lantern, you’d be forgiven for mistaking his recording studio, the Sun Ark, as being located in a sub-tropical paradise filled with pastel sunsets, rather than proximity to the smog-strangled shadows of the San Gabriel Mountains…The soundtrack to imaginary yage binges, visions of chimerical beasts and the hard heartbeat of the Los Angeles sun.