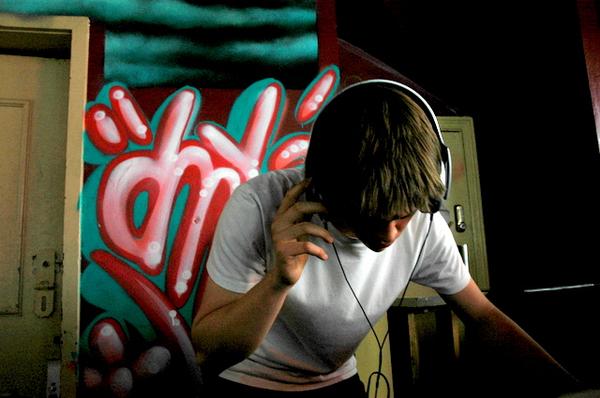 Jeff briefly mentioned the “Boomkat babble” in his post about Gemmy — perhaps I should explain the new slang. Referring to the glut of singles-based artists populating the digital crates of online music store Boomkat, the term is snarky but not necessarily mean spirited. Though undoubtedly populated with high quality tunes made for DJ crates, few artists featured there tend to break out of the electronic music bubble towards greater stardom. Sometimes that’s the listeners’ fault: dogged resistance to non-album based music, insatiable need for narrative (see: the human clit), suspicion towards EDM song structures etc. But sometimes, it’s the artists’ fault: solipsistic musical technicality, tunes that are more functional than interesting, dogged determination to push house music on unsuspecting folks, etc. In any case, the Boomkat babble is definitely a step above the Beatport brigade.

Ramadanman is one name that’s highly praised in that circle that nonethless deserves to ring beyond the conversations of forward-thinking selectors. Though he’s yet to drop an album and hasn’t hinted at any plans to, David Kennedy (no, he’s not even remotely Muslim) has shown a proficiency at crossing genres, tempos and moods all while keeping his signature focus on creative percussion and brainy ideas. Recent tracks span from aching breakbeat soul (“Don’t Change for Me”) to ravey remixes (Tripped Up) to dark tribal shit (X81) to high speed Juke to weird dubstep mongrel music: a fairly varied selection indeed. But what’s exceptional is that all of these tracks manage to retain a sense of space and darkness and feel like logical extensions of a singular artist rather than the work of a genre-hopping dandy. Oh, and if that wasn’t enough, his Hessle Audio label has put out tunes by James Blake, Pangea and Untold and he’s been played out by DJs as varied as Skream and Ricardo Villalobos: high praise indeed.

So how to break him out of the babble bubble? For my money, he’s making music as interesting as Four Tet, Actress, Nosaj Thing or any other big names in contemporary electronic listening music. The easy answer is to refer to Just Blaze’s suggestion when asked why he never dropped a compilation: “take 20 songs and burn em on a CD. There ya go.” Barring that, I’ve assembled a quick 14-minute mini-mix highlighting the guy’s work, since sharing MP3s culled from MP3 singles is understandably taboo. I suggest you give it a listen; perhaps it’ll lead to an album.