This reflects only my opinions. Subject to change tomorrow, yesterday, or when Big Boi, Black Milk, Freddie Gibbs drop an album. Or when Jay Electronica finds the Ghost of Ebenezer Scrooge Christopher Wallace. If it’s not on the list, it’s because I blocked your favorite rapper’s Twitter feed. Short write-ups because the Double Dribble cheerleaders distracted me. Let me know what I missed. 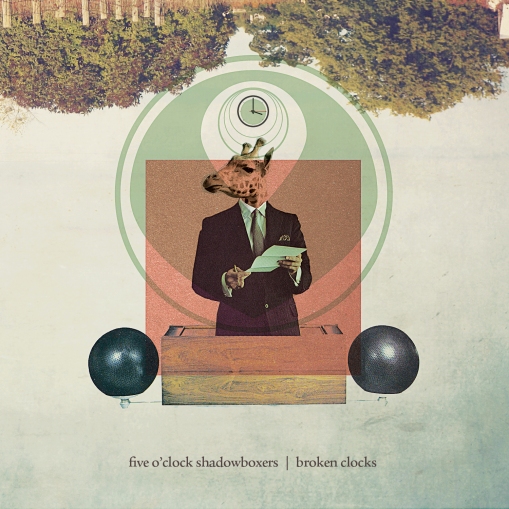 Mini-album disguised as an EP continues Zilla Rocca’s ownership of the twilight hours. Raymond Chandler raps disguised by clumps of facial hair, clouds of cigar-smoke, and clogged lung South Philly pollution — interrogating impeccably chosen loops from Fela to Dungen to Chulahoma. A broken clock is on-point twice a day or once a year. 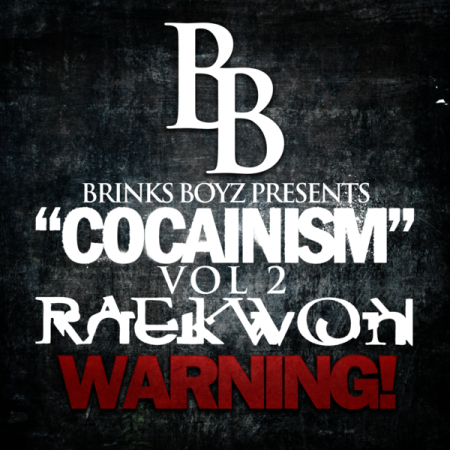 Two decades later, the Wally-rocking, pringle-eating lumberjack claims to be fresher than Ron O’ Neal and almost as old.  But his “revlon raps” sound as starving as supermodels a week before a swimsuit shoot. Covering so much ground as to make people forget about the “Immobilarity” era, Corey Woods kicks alphabet raps, politicks with Sick Wid It refugees and stops “Lizz” for a neo-soul interludes. Plus, he raps over Alchemist beats with Mobb Deep. Almost as complete as OB4CL2 and arguably more enjoyable. 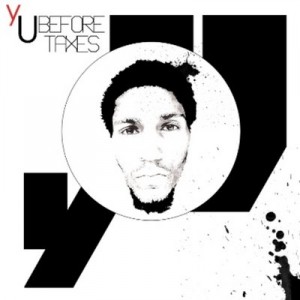 One third of Diamond District spends the first third of his album perfecting the neo-boom bap backpack raps that brought him to national attention — including a track called um, “Beats and Rhymes.” Somewhere before halftime, he discovers that when the going gets tough, the tough turn weird. Handling most of the production himself, the 78er touches on street concerns, mortality, and the devolution of rap, ripping psychedelic loops that sound like Edan production — they even share a sample or two. The result is Beauty and the Beat made for the block. 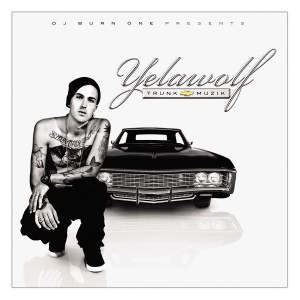 Lover of Twista, Three Six Mafia, and Hiero drops tongue-twisted and trunk-rattling 808 claps, complete with guest spots from Bun B, Raekwon, to make the tent so wide he becomes the first white rapper that all white bloggers can agree on.  Jimmy Iovine’s platonic hybrid of Bubba Sparxxx crossed with Eminem has enough trailer park appeal for the Juggalo crowd and lyricism for the backpack brigade. Truthfully, this album should be ranked higher, and would if not for a song called “Lick the Cat,” which is not about Yela’s love of Garfield without Garfield. 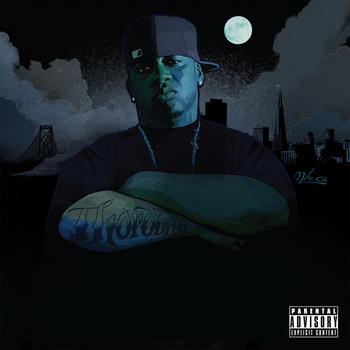 Utilizing old news broadcasts and clips from the 2001 PBS Documentary, “The Fillmore,” DaVinci applies the neutral eye of a skeptical documentarian. He refuses to brand the gentrification sweeping his neighborhood as evil or good, watching with eyes both sober and stoned, reminiscing without nostalgia or glamorization of a childhood with an incarcerated father, surrounded by drug addiction and poverty. The story isn’t so different from thousands of rappers — what is is DaVinci’s facility with words, honesty, and ability to sketch his own compelling story against the changing backdrop of a neighborhood in flux. Hard-nosed, raw, without compromise, and great. 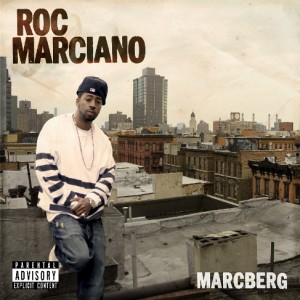 Quoth the Rocca: “Marcberg, the debut album from Roc Marciano, feels like Tical. You’re transplanted into the room that spawned the album. Tical sounded like a hazy basement in Staten Island, blood-shot eyes, half empty 40 bottles filled with dead cigarette butts, rhyme books and blunt guts on the floor, kung-fu flicks on VHS playing on the mute in the corner. Marcberg sounds like a living room set up with mismatched furniture, crumpled bills on the table, Timbs on the carpet, Styrofoam takeout rotting on an end table, Newport boxes vibrating from the speakers, records stacked up with no sleeves, a glock under the couch, fitted hats and polo’s on the backs of chairs, weed smoke under a 60 watt bulb, Sweet Sweetback’s Baadassss Song muted on DVD. There’s Roc Marciano alone, scribbling shit on a notepad, oblivious to everything, impressing himself with witty bars of pain and pizzazz.” 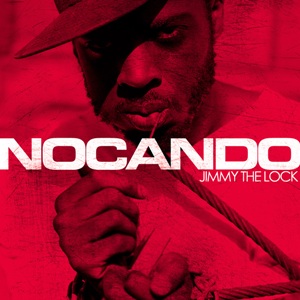 Carving out a niche between the endearing eccentricity of Del tha Funkee Homosapien and the experimental hypersyllabism of his Project Blowed forebears, the former West Boast battle rap champion emerges as an avatar of LA’s “cool black nerds.” Beats from Low End staples Nosaj Thing, Daedelus, Free the Robots and Nobody; guest appearances from Busdriver and Nick Diamonds of Islands; and scratches from the Gaslamp Killer, the first rap record fully immersed in the Low End aesthetic. Impressive enough to make everyone forget that the former Scribble Jam champ needed to be somewhere on this list. 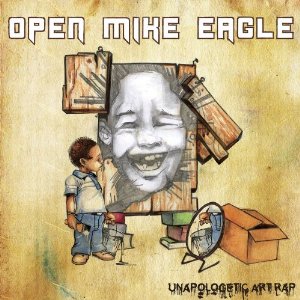 The flip side to his fellow Blowdian’s Jimmy the Lock,  Open Mike Eagle drops the funniest record since Lonely Island or maybe Party Fun Action Committee. Targeting his caustic wit at four-element worshipping backpack rappers, skinny jeaned My Chemical Romance fans, the racism of the record industry, and himself, the LA transplant (via Chicago) somehow avoids self-righteousness and drops the rare contemporary rap record that rewards (and demands) repeat listening. Chalk it up to razor-sharp lyrics and sarcastic skits with explore the meaning of art rap. It involves a lifetime supply of hummus and pastels. This is the best album of the year that have not heard. You should hear it.

The Hybrid: flexible enough to shift from handing out ferocious battle-rap fatalities like a lost member of Outsidaz, to crack rap memories, to trenchant meditations on prescription pill abuse and promiscuity. Without a deal or a publicist (that I know of), he’s earned co-signs from Low End Theory affiliates like Samiyam and Gonjasufi, the Dilla disciples, the Def Jux diaspora and even Tony Yayo. The old-fashioned way, with motor-mouthed metal-lungie raps that would’ve had the Soundbombing set salivating in 98. Instead in 2010, he collects props like plaques and raps as though life was an endless vendetta.

2.  Freeway and Jake One – The Stimulus Package [Rhymesayers] 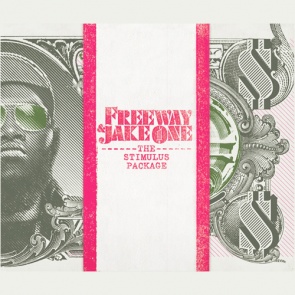 Never attempting to match Just Blaze’s bombast from Philadelphia Freeway, Jake One’s beats update The Blueprint format for the post-Dilla era with cracking drums and soul samples that bridge the divide between Ant’s work with Brother Ali and previous State Prop releases. If the beats and rhymes aren’t enough for you then get it for the life. Long overshadowed by the fire and brimstone gravitas of cosigner Beanie Sigel, Freeway has become one of the rare emcees that can balance the seriousness of a drug PSA with Menace to Society references and hockey-pokey adlibs Whether it’s quoting KRS-ONE, shouting out Black Sheep or dedicating the outro to his fans, Free’s infectious enthusiasm may be the secret ingredient that makes this the best rap record since Raekwon brought back the realness.There might be a better Hip-Hop joint this year, but I sincerely doubt there’ll be one that’s more fun to root for. — Sach O 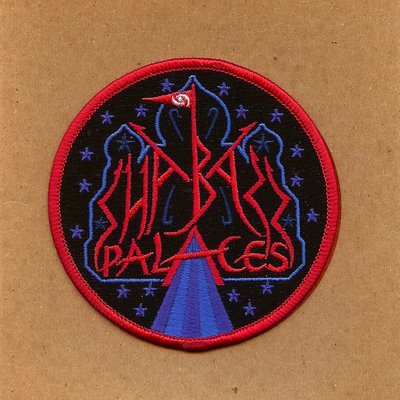 Special delivery…arriving both a year and a decade and half too late. Technically issued in ’09, the rap-nerd dream of what would follow Blowout Comb is this, the shrouded image of Ishmael Butler kicking Black Panther raps over dubstep beats using the alias Palaceer Lazaro — ostensibly, the name of the owner of a Capitol Hill pizza parlor. The Seattle transplant ditches darkly lit BK jazz parlors to absorb the ancient anger of the Wobblies — growling at BBQ’s under wobble bass and heavy low-end. Somewhere in grail quest, Lazoro/Butterfly/Butler discovered the post-Underground blueprint and uses it to pelt listeners with cryptic slang and unmasked anger. Amounted together, the twin EP’s result to the sound of chaos, the Bomb Squad broken to bits and re-built to provide a sonic template to match bleak industry realities. This is either the last lunge of something that should’ve died a long time ago or the start of something new.