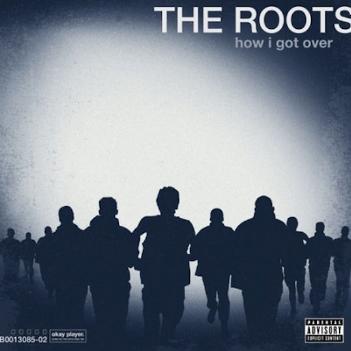 Sach O got over with help from your mother.

It’s been an interesting decade for The Roots. Opening the aught’s with a Grammy and critical cache, their “real Hip-Hop” salvo was ironically taken up by far more cultural outsiders than real Hip-Hop heads. After zigging too far left on the alienating Phrenology and zagging right for The Tipping Point’s failed mainstream gamble, critics were ready to write the band off as a great live act with little left to offer on record. A Def Jam deal courtesy of ?uestlove BFF Jay-Z, the death of inspiration and friend J-Dilla and the caustic hopelessness of the Bush years then gave the band a new lease on life: Game Theory and Rising Down were some of their years’ best rap albums, with the former standing as one of The Roots’ best offerings ever. This career path was already unlikely but what came next boggles the mind: they were famously hired by Jimmy Fallon and instantly became the best band on late night TV. As far as steady paying gigs go, this is the musical equivalent of hitting the lotto. Twice.

But for those keeping score, How I got Over should suck. The work of a no-longer-touring band slowing down into middle age and befriending musical outsiders of dubious taste at a time when rap is utterly directionless… How I got Over should really suck. So give the Roots credit for succeeding. In fact give them a round of applause because quiet as kept, How I Got Over may well go down as a milestone in Hip-Hop music: proof that rap can mature both gracefully and interestingly without bowing to juvenile trends, diminishing returns or maudlin sentimentality.

A concept album of sorts, How I Got Over’s first half is a suite of downcast, minor key rap songs built around piano riffs, hard drums, soulful hooks and a gang of emcees venting about the trials of tribulations of modern life. In other words…it’s a Roots album. Abandoning the aggressive experimental beats of their last two efforts, The Roots once again sound like themselves: a particularly soulful and weary Hip-Hop ensemble. Rap wise, the group seems to have realized that Black Thought’s single speed flow isn’t enough to carry a record and they once again enlist a veritable army of guests to back him up. While I’m hardly waiting on Dice Raw, Truck North, STS, P.O.R.N or Phonte solo albums, their voices add variety to the proceedings, operating like old Wu-Tang, BCC or Three 6 affiliates who added up to more than the sum of their parts. Meanwhile, MVP (and Roots cosign of 2010) Blu finds time to steal the show with his spots, reminding us that he stills exists and that we should be paying attention.

On the heels of the explosively funky title track, the album’s back half is more problematic as the group emerges from its musical depression. The Roots have always been better at expressing angst and worry than happiness and good times but thankfully they mostly acquit themselves. Credit nearly 20 years of studio experience — where most producers would train wreck lead single “The Fire”, over-producing it into a nauseatingly over the top slice of positive-affirmation (see Drake, Eminem, Jay-Z), ?uestlove and company have the studio know-how to fashion it into a 21st century Foreigner single, catchy but still gritty. Though this will probably mean a few less spins, it’s heartening to hear major label rap that doesn’t pander to a common musical denominator so low it makes the shiny suit era sound like ’88. Though it’s not always cohesive (“Web 20/20” is great but those 808s stick out like a sore thumb), the album’s back half still tops practically every feature length rap LP I’ve heard this year by people not named Freeway.

How I Got Over isn’t the most exciting album of the year. That’s OK because Roots albums have never been about excitement: the successful ones are about coherent musicality, good ideas and engaging listens. Purists searching for another “100% Dundee” won’t find what they’re looking for here, this record feels like Ahmir’s baby rather than Tariq’s, but it’s hard to deny that The Roots are 3/3 as far as recent full length statements go. If I haven’t bothered mentioning the album’s eye-catching indie-centric guests, it’s because they aren’t game changers, serving the same purpose as D’Angelo or J*Davey on previous records (in fact, Joanna Newsom actually kind of sounds like Badu spliced with Bjork here). In a year where a 40 year old Jay-Z bought himself some relevance, Nas disappeared up Damian Marley’s smoked filled nether regions and Common basically lost at life, The Roots continue to stand tall and make good music with their heads held high. Sure, it’s not their most daring or surprising music, but it may well be their most honest…and from a late night band that could have easily phoned this one in, that’s far more than I expected.