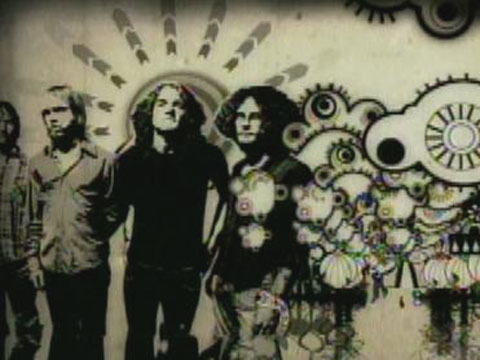 I love the Tame Impala record, but let’s be honest with ourselves: they’re essentially a poor man’s Dungen fronted by a guy with an uncanny vocal resemblance to John Lennon on “Tomorrow Never Knows.” I suspect they’ll evolve into something truly singular one day, but in the meantime, we have Gustav Ejstes, who is clearly too weird and Swedish for American consumption. Maybe it’s because everyone pronounces the band’s name “Dungeon,” and that gets a little black metal for the masses. Either way, Dungen are my favorite band — the rare outfit so good that they make me liable to say 9th grade things like “my favorite band.”

Predictably, I’m in a rush and I already spilled 1,200 words about their excellency in the field in excellence last summer. Instead, I’ll do a celebratory Pariserpolka dance at the news of Dungen’s new album, kit I Allt, which means “fuck all” in Swedish. It will be released in September on Mexican Summer. Thankfully, the lead single indicates that the band has not shifted towards porno-core and continue to make blissful double rainbow psych music that makes me as happy as this guy.