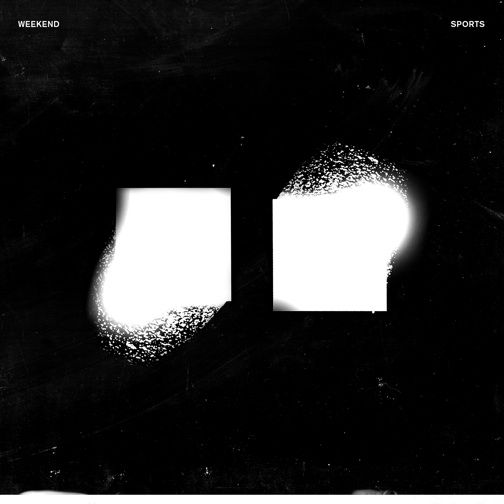 Douglas Martin doesn’t think weekends are made for Michelob.

There’s been a lot of talk– mostly here in my column– about San Francisco’s extraordinary psychedelic/garage scene. I could take the time to rattle off the scene’s marquee names for the umpteenth time, but you’ve probably already committed them all to memory. The truth is, even outside of the sphere of your John Dwyers, Tim Cohens, and Ty Segalls, San Francisco is a city bursting at the seams with talent. Take the smart-alecky, ramshackle pop of Nodzzz, the gloriously harmonic surf-punk of Grass Widow, or the old-timey slacker-country tunes of The Sandwitches for instance. On the outside margins along with these bands comes a new group, one just as noisy and twice as dark as any band I’ve mentioned thus far, the not-so-darkly-named Weekend.

Starting with propulsive drums and a clanging furiously strummed guitar chord, album opener “Coma Summer” soon makes way for a blistering spate of controlled feedback, ear-splitting distortion, and a soothing croon vainly struggling to rise above the bedlam. Bearing more resemblance to San Francisco post-punk also-rans Film School than any music currently exported from the city, Weekend is a band that also lives for hiding everything behind a thick fog of no-wave squall, proving that Douglas Martin can’t possibly the only left-coaster who still listens to Evol and No New York on a regular basis.

Occasionally this approach leads to the band recording pretty anthemic songs; “End Times” and “Monongah, WV” capture the fizzy, overdriven guitars of Slumberland peers The Pains of Being Pure at Heart, without having to be nearly as manicured. The songs that make up the bulk of Sports, however, are ones whose core exists far outside of the idyllic sunshine of California. “Youth Haunts” perfectly capture the feel of the dark, seedy NYC streets Sonic Youth once roamed, before they became cool parents and moved to Massachusetts, because everybody knows the Old Colony State has the edgiest DIY scene in the country.

While “Monday Morning”– with all its low guitar tones and stirring, headachey distortion– bears the accomplishment of being the precise audio equivalent of sounding exactly like how a Monday morning feels, “Landscape” is entombed under a blizzard of noise, showcasing Weekend’s undeniable love of density. During “Veil,” clouds hover and part over the vast expanse, rolling drums cascading towards the horizon and building to an invigorating climax, while feedback gently stirs in the foreground for the remainder of the track. Sports is a record that thrives on its use of dynamics, finding a balance between the extremes of coarse and smooth and blurring them all together to create a thrilling 45-minute rollercoaster of sound. With a debut as appropriately physical as Sports, Weekend emerges as a band that can proudly stand as one of San Francisco’s elite groups.