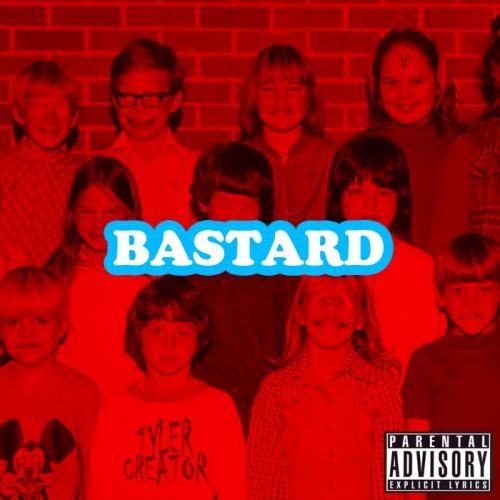 In his quest to perfect the art of contrarianism, Doc Zeus writes a “I Can’t Go To Sleep” entry on one of 2010’s least slept-on albums.

Every society creates their own monster myths that serve to reflect the fears and prejudices harbored within its collective psyche. The Dark Ages feared the witch as a reflection of their fear of science and the great mysteries of the universe. The sexual repression of Victorian Age England spawned monsters like Count Dracula and Jack the Ripper that took what they wanted and didn’t apologize for it. As for modern day America? Our dark and complicated racial past has spawned hateful stereotypes towards people of color that reflect deep seated prejudices that lay dormant within us all. We are enlightened enough to elect a black man to the highest office of our nation, but that hasn’t stopped accusations from the mob that he’s an evil outsider looking to internally sabotage our society. When times get darkest, society often gives into its most base natures and that’s when we create the demons that we fear the most.

In Menace II Society, the young black protagonist narrates that he’s America’s nightmare: “young, black and just don’t give a fuck.” Like any complex medium with competing ideas and politics, hip hop music has served to both combat and reinforce this idea that African-American youth is something to be feared. The synthesis of the raging crack epidemic in the 1980s — with America’s cognizance of the growing cultural phenomenon of rap music — gave birth to “cultural demons” like N.W.A., Ice-T and the Geto Boys that reflected paranoia towards young ghetto dwellers. Through it’s assertive posturing, violent imagery and rejection of the traditional politics of the civil rights generation, gangsta rap threatened the status quo of our country. Naturally, demonization soon followed.

The sting of gangster rap has long since worn off, as a generation of young rap fans have grown up with the music as cultural phenomenon. A generation doesn’t bat an eye when a hardcore rap artist like Jay-Z becomes a powerful business executive and the standard for mainstream American cool. But just like how Tea Party members reject our President as a true citizen of our country because of his color and funny name, that hasn’t stopped black youth from being demonized within our social fabric. Which brings me to Tyler, the Creator – the next great cultural demon of our time.

Tyler, the Creator, the leader, producer and visionary behind the nihilistic teenage hooligans in Odd Future Wolf Gang Kill Them (or simply Odd Future), speaks to the almost violent apathy of a generation of teenagers that has had their future mortgaged by the careless excess of their forefathers. They respect nothing, hold no institution sacred and want to do nothing more than shove a middle finger in the face of establishment. The opening moments of Tyler’s precociously nihilistic mixtape, “Bastard,” has him screaming at the seminal blogs, Nah Right and 2DopeBoyz (and it’s telling that for a generation of kids, Nah Right is now the “establishment”), to go fuck themselves. There is a certain thrill as an older rap fan (Jesus Christ, I’m only 27!) to find the next generation of hip hop kids to find their footing and not feel like they need to pay homage to those who came before. At one point on Bastard, Tyler boldly declares that he feels he deserves success because he knows he’s more talented than “forty year old rappers who talk about Gucci.” He’s not wrong, either.

Unlike Lil B, last year’s other eccentric internet sensation, Tyler and the rest of OFWGKTA stormed onto the scene as fully formed artists with an artistic vision as harrowing and amoral as it is shockingly catchy. Tyler the group’s erstwhile leader is the most talented of the collective and it shows on this mixtape. Rape, ultra violence, vitriolic homophobia and drug use have been staples of hip hop’s complex artistic ecosystem for decades but rarely does an artist trade exclusively in and with such gleeful vehemence for these type of taboo subjects. In Odd Future’s world, basic human morality isn’t even an afterthought; it’s an impulse that should be violently rejected for a purer form of expression.

Despite being barely old enough to serve serious prison time, Tyler consciously trades in the destructive stereotypes of a fatherless generation of violent black youth that society in general has exploitatively manifested out of it’s collective id. Odd Future’s rough and homemade music videos plays like a hip hop version of Clockwork Orange’s Droogs, roving the streets of suburban Los Angeles in drugged stupor, humping Ronald McDonald statues and preying on everybody and anybody– including themselves. It gives the group a snuff film legitimacy that escapes more established and “realistic” hardcore rap acts.

Of course, his music would be nearly revolting to even my jaded palate if Tyler wasn’t a legitimately talented emcee and producer, with a gift for pitch black humor and a grinning wit that makes him seem like the most twisted court jester ever. On “French!,” he uses his demonic rasp to threaten to sodomize the Virgin Mary before butchering Goldilocks and all three bears in his basement. While on “Pigs Fly,” he flips Drake’s synthed out sad sack loverman steez into a warped ode to the pleasures of rape. So yeah, his music is bound to rightfully disgust a large portion of the audience. I have no problems with any sound person of moral decency violently rejecting Tyler and his fans as misogynists, homophobes, racists and other people of ill repute. At times, “Bastard” is truly an unnerving experience.

However, what separates Tyler, The Creator from the hordes of acts in his artistic DNA is his deeply introspective side that marks the most poignant moments on the album. “Bastard,” the album’s title track and opener, is a powerful, six minute, stream-of-consciousness confessional in which Tyler confronts his palpable demons in a very public exorcism. By the time the track is finished, we are left with a familiar but distinct look of troubled teenagers everywhere. The venom that he spits at women and gays is nothing compared to the hatred of his absentee father which becomes a running and powerful theme throughout the album. The pain of fatherlessness colors everything in this album and while it may not excuse his nihilism, it certainly helps to explain what we are listening to. At 19, Tyler seems to have figured out what it took acts like Cage a decade to discover. An effective villain needs a back-story.

As budding societal lightning rods, Tyler and Odd Future aren’t quite there yet. Outside of the internet and a few pieces in the mainstream media, he’s still a member of the fledgling internet generation of rap that has yet to prove can exist beyond the borders of blog hype. At times, his music can be so lo-fi and do-it-yourself that it can border on being starkly amateurish (something that has plagued their spiritual cousin, Lil B, despite the scores of bizarre hype). Odd Future has a ways to go before it claim the title to being the Wu-Tang Clan (or even the Dipset) of its generation, but what gives me optimism is the inherent vision the group have for themselves. It’s apparent these kids are highly self aware and know that it’s going to take hard work for them to claim the mantle of cultural hell spawn that Mathers, Manson and Eric Wright claimed before them. They say the devil doesn’t rest… I assume that’s true if you want to become him too.