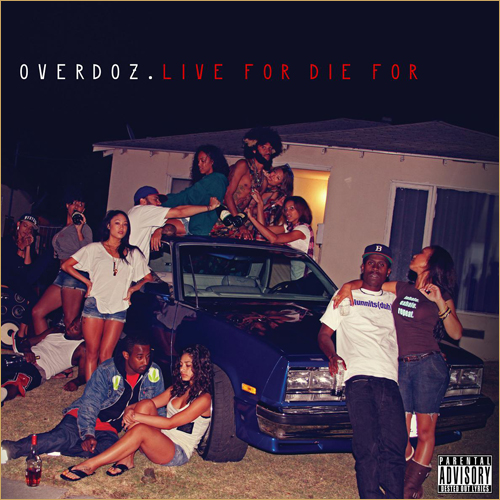 I first mentioned Overdoz last September, right before Odd Future’s ascension likely subjected them to a lifetime of off-base comparisons. They’re another one of the seemingly limitless skinny-jeaned squads clogging the 2 Dope Boyz mailbox, but rather than fight back, they work within the system collaborating with Casey Veggies, Dom Kennedy, and mixing R&B and rap with results that occasionally veer too close to Cudi and Cash Money Kleenex rap.  Hopefully, they’ll start taking tabs from the Wolf Gang, and realize that no one outside of teenage girls will know their name if they write songs called “Wanna Know Your Name.”

At their best, they blend a psychedelic blunted side with endearing Pharcyde-like goofiness. That’s the lane they ought to fill, and they have the skill to give a noble effort. Whether they come close depends on who ends up in their ear and which path they pursue. Should they be opt to refine their gifts into something singular and strange, jettisoning the vaseline-voiced over-blunted ballads for more focused songwriting, they’ll be something to ride for. In the meantime, these two songs from their most recent tape are the right strains to breed.