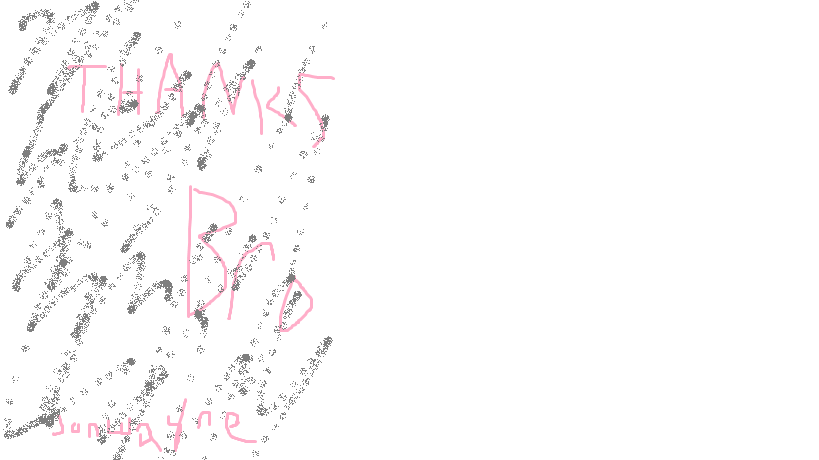 What do you know about the Wayniac? Forget the false white rap dualities. It’s 2011 and everyone knows that there a few white people who can really fucking rap, and a whole lot who can’t. Jonwayne can really fucking rap. He chooses not to most of the time, because the 21-year old La Habra headhunter makes blunted intelligent castle beats on MPC’s, SP’s, and the whole alphabet soup of digital instruments. He’s got cosigns from Peanut Butter Wolf and Daddy Kev, gets constantly spun in sets from the Gaslamp Killer, and reps Wedidit, alongside Shlohmo, who is deservedly receiving accolades this week for his bad vibrations.

Still, Jonwayne stays subterranean, the stoned sleeper pick of the Low End Theory. But probably not for long. His live shows have already cemented his rep around town. Bass to suffocate small children, interspersed with occasional bazooka baritone raps. At the Bootleg Theater, I saw him demand that the too-cool crowd come forward and they obliged like he was Scorpion from Mortal Kombat.

Released free for popular consumption, his Thanks, Bro is a gesture of goodwill. Odds and sods that never made the cut of this year’s Bowser or Wayniac for a variety of reasons. If the former record convinced you that he was another 8-Bit analogue specialist, these should dispel that notion. It’s everything from psych rock samples, to melancholy downtempo, to Rick Ross remixes, to raw raps. Below the jump, the album and note from the Wayniac, including stories behind each track. If you don’t know….

I want you to have this.

This download contains songs that I wanted to give you but either due to poor timing, politics or my sad attempt at quality control, never did. But here I am. and here you are. and here are these songs that I want to give you.
I give them for free now because they are no longer
relevant to what I’m trying to do at the moment. I am
working on different sounds and trying to go to different
places than the sounds and places that are presented, here.
So take them. I’ve supplied a bit of reading material
for each track, just to let you know what was going on
when I made it and all
that
jazz.

1. You’re Everything (jonwayne’s Rhode to Perdition)

Riding up to San Francisco the next day with the Low End Theory crew for their monthly, I probably should’ve just rehearsed my set, enjoyed a nice evening at home and gone to bed at a reasonable hour. Instead I made this track. I was super sleepy the whole time, which is probably why I chose the effects/mixing techniques that I did. I always loved the original and came across the acapella like an oasis in the middle of a boring ass night.

Old shit. I made this on my Mom’s laptop, actually. My desktop had fried and I made this along with a good amount of Doodles on that laptop. I put this in my H+R mix, but it was blended with Busta Rhymes shit, so here it is by itself. this one is for matthewdavid.

Made this when I was up in SF for a week, staying with Shlohmo. I also made Be Honest and Mario is Missing the same week. The bum piss on Henry’s doorstep was real inspiring.

straight SP-404/Moog track, made shortly after I started making copies of The Wayniac to sell at shows I went to.

this song actually predates The Wayniac (200late) and I remember liking this track more than the shit on that beat CD and wanting to save it for a more official release, but by the time I actually put something official out (Bowser) there was no way, haha. Still like it, though. Unfortunately, like many of these tracks, I only have the 128 or 320.

Bowser B-side. I didn’t put it on there because I could never get the levels right. Drums would get distorted and it was just a bitch to make this much of it. I could never sit myself down to complete this. Still like the idea, though.

I also wanted to put this on Bowser but it just didn’t fit, aesthetically. I play this out a lot and people ask me for it so here it is. I had this on my original soundcloud about a year ago for download and nobody fucked with it. Made right after I put Doodles out.

These are drums that I made from scratch from household items and a few reno drums that my mom had lying around the house. I had planned on building on them but I got used to listening to just the loops that I ultimately decided not to fuck with them.

now here’s an old FL beat. Not really much to say. I’m putting this on here for Teebs.

Super old FL beat. The only time I played this live was my first show at Low End Theory. Some of you guys may recognize this from my H+R mix.

Old SP-404 beat. this is when I just started to get involved with synths and moving away from sampling. I don’t know why I never put this out. Oh well, it’s here.

this is actually an entry for a beat battle that I lost so hard. not a single vote. Oh well. I still like it.

pretty self explanitory. I don’t remember the sample though. I think I did this in June of last year.

PBW had me rip some 90’s instrumetals from his vinyl sometime last year and this was one of the beats. I rapped on it and sent it to him not knowing that it was actually his beat! Haha, that was awkward. Anyway, here.

It’s just me putting an acapella of mine in a minimal setting. You know how I like to do. The original is better, though, and is going to be on CX Kidtronik’s next album. <3 that dude. 18. 1 for Dilla RIP. 19. For the Freestylers This is just some real simple smooth shit. I was originally making this for myself before I realized I wasn't a very "smooth" rapper and would sound awkward as fuck on this. I made it longer so you guys don't have to keep bringing it back. Have fun. ---------------------- Ok, well, that seems to be it. I love you guys. Thanks for supporting what I do...the least I can do is show my appreciation. All that I ask is when I do put something out that's official and is asking of coin, that you let me know I can keep doing this. Let's keep it moving Download:
ZIP: Jonwayne-Thanks, Bro (Left-Click)