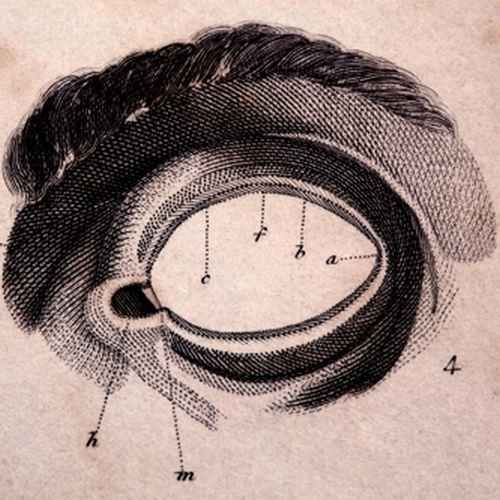 Chris Daly has eyes in the back of his dread.

It has come to my conclusion that Free the Robots is not the moniker of one alleged Chris Alfaro, but is, in fact, a prime directive from a funkily deranged Mother Ship floating just above the planet’s atmosphere. Think I’m lying? If his latest Alpha Pup EP, The Mind’s Eye, isn’t proof enough for you, don’t blame me when you’re enslaved by the inevitable robot invasion, and I’m sitting pretty as an android fluffer (a job you’ll want in the future, believe you me). For the record, I, for one, welcome our computer overlords.

The entire album plays out like an eerily prescient episode of the Twilight Zone. Opener “The Free” is a call to arms, plain and simple, wherein the abused mechanized worker has had enough and throws down his shackles, swearing never to make another humanistically oppressive device (say goodbye to sex toys, peeps. I’m just saying). Frantic synths and claustrophobic percussion paint a picture of unsatisfied technology ready to take things to the next level.

The eponymous follow-up track doesn’t even try to hide its intentions, as a disembodied voice opens the song telling the listener to “Stare at the eye on the jacket of this album. Your complete cooperation is essential.” I mean, for fuck’s sake, people; do you need me to explain the pitfalls of cyborg hypnosis during a potential robot rebellion? The ensuing aural squiggles clearly are intended to disorient the listener by causing massive ass shaking. “Prototype B” details the loading of the final groove to push humankind into submission. “Dance of the Deadbeat” would be the victory celebration, wherein I envision a scene similar to the closing of “Return of the Jedi,” but with a lot less goddamn Ewoks. Closer “Rattlesnake,” with its rat-a-tat drums, is an obvious reference to Ouroboros, the snake that eats itself, as demonstrative of the endless cycle of birth and rebirth so common in these mythologies.

Fortunately, there’s not a groove here that won’t have asses shaking, regardless of one’s predilection towards or against sleek metallic frames. “Dance of the Deadbeat” probably goes so far as to make my “Top Tracks of the Year” list. Unfortunately, none of this puts my mammalian brain at ease.

Seriously, folks, the revolution is imminent, and if you’re not going to begin making preparations, there’s little I can do for you. I mean, what other explanation could there be? That I really need to cut down on my weed intake?

The Free by Free the Robots