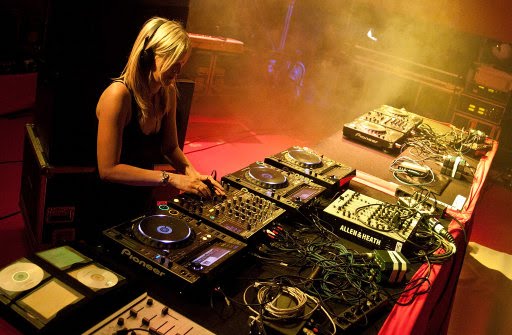 Aaron is still going to be Frank. You can still be Garth.

Here at Passion of the Weiss’s Good Time Shamanitorium and Produce Emporium, we’re not shy about showing our respect and admiration for British DJ Mary Anne Hobbs. While her long-running BBC show quickly became a platform for introducing new artists and labels, her new daily Music: Response program on XFM is taking that same concept and making it more regular. The new program launched several weeks ago, following the success of her 3-hour Saturday show on XFM, and with it came a treasure trove of mixes from artists such as SBTRKT, Thom Yorke, Four Tet and Martyn.

This is on top of the new mixes from Blawan, FaltyDL, Machinedrum, and LA producers Teebs, Daedelus and Sweatson Klank offered up in the weeks prior on her Mixcloud page, a site I highly recommend bookmarking. The more recent mixes from her Music: Response program stand out a bit more, not merely because of the big names, but because of the sense of competition that seems to evolving out of the process.

SBTRKT, Thom Yorke, Four Tet and Martyn happen to be four of the biggest names in electronic music at the moment, and knowing they’d likely be playing around the same time as one another, it seems every one of these artists has brought some of their best selections and mixing skills along with them in an attempt to outdo the last artist in their seat.

Prior to Thom Yorke’s mix being released last week, SBTRKT’s mix had acquired around 10,000 plays in 24 hours and still stands out as my favorite of the lot. After a brief stint on Rinse.FM earlier this year, his mixes have been pretty rare since due to touring, but the short format Hobbs provides (20-25 minutes) on her program forces DJ’s like SBTRKT — normally used to the freedom of a 2 hour set — to produce something singular. Selections from artists like Little Dragon show off some of his contemporary pop influences, while tracks from Sepalcure, Pangaea and Zomby outline the importance of some of his peers in the underground electronic realm.

Yorke’s mix that followed was also impressive, albeit a little heavy handed in the promotion of the new Radiohead remix series. Four Tet and Martyn’s contributions stood out even more, but unsurprisingly some of the best mixes on Hobbs’ Mixcloud come from either new artists or those going through a major reinvention. Sweatson Klank, the LA producer formerly known as Take, showed off a bevy of new material from his upcoming EP on his mix last month, and Blawan and Altered Natives, two of the most popular “house revivalists” at the moment, also produced similarly distinct, but impressive mixes using mostly original material.

That said, if there isn’t a newcomer coming by Music: Response with some heat to premier, then we can at least rely on veterans like Four Tet and Ben UFO to deliver. Conveniently, the show starts at noon here on the West Coast and serves as a perfect soundtrack to a lunch break spent hotboxing the drive-thru line at In-N-Out.