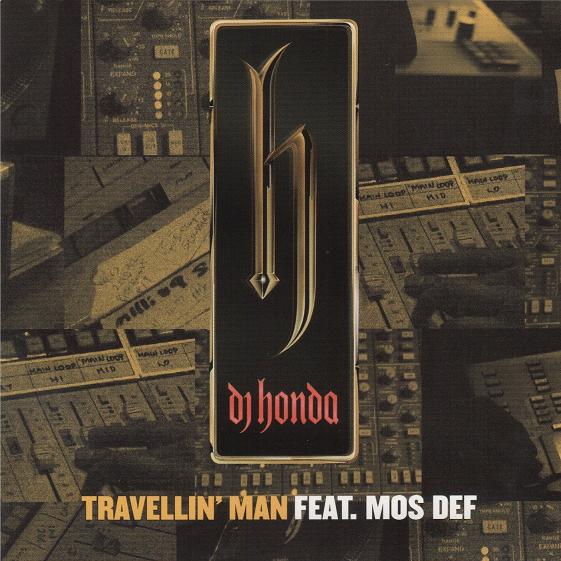 Memories don’t live like people do. They inhabit Madeleine’s and Maxells. They idle in permanent latency, forever tempted by the trigger. The perfume vapors of a passerby that conjures high school hallway interactions with long-dissolved crushes. Memories squat inside the stucco walls of old apartments that once housed a hundred clandestine conversations. Reminiscences ripped upon by the wrong route through town. Tension between new and antique. Sentimentality for sentimentality’s sake. The things that spark 60 second conflicts between a contretemps settled a decade ago.

Mos Def understood it all at 25. That was when DJ Honda, largely obscure to American audiences, looped up the opening seconds of Jerry Butler’s “Whatever’s Fair.” This was ’98 and even if you had a top-dollar Prodigy account, you weren’t sending files through the ether. “Travellin’ Man” was consecrated on wax. The choice of traditionalists, the conservative cool that swept Fat Beats fanatics. Maybe it was a reaction to impending age. B-Boys reacting to the dull inertia of gravity, a spin no longer executed with the quickness, reaction time a second slower, the smoke leaving you slightly more scrambled than you remember your youth.

Theoretically, “Travellin’ Man” isn’t about any of these things. It’s a direct and elegiac observation about the downside of being a professional musician. Two and a half decades deep, Dante Smith deals with the double-edged realities that confronted everyone since Jelly Roll. The Road. A bleary slur of late-night check ins and indistinguishable flights. The reconciliation that wealth and stability are not as mutually inclusive as Phil Drummond made it seem. But Mos Def (at least then), wasn’t describing penthouse realities. This is the blue collar life of the peripatetic wanderer.

“Travellin’ Man” is an evocation of ghosts. Ghosts that dance in the weary grooves of the sample. He assumes the spirit of the itinerant jazz man, the stooped blues singer, the rap hustler. He wails, he flows, he dips. His children look different when he returns home after an interminable trip. The stoop and the neighborhood looks greener and more vibrant than he remembers.  The symphony is bittersweet, both testament to survival and loss.

At it’s core, this song is about whatever you want it to be. It can be about the career choices that kept you from committing to the one you love, the indecision inculcated by restless ambition and immaturity. It can be a paean to the inevitable evolution away from the music of your youth. Your carious realization that pop culture has passed you by, yet the quiet insistence that you need to keep moving. Stasis is the more pretentious cousin of death.

When we remember what Mos Def was capable of, most people will tell you Black on Both Sides or Black Star.  But “Travellin’ Man” is really why boom bap beatniks saddled him as the savior. It’s the seemingly inextinguishable drive that led him to pour everything into a random track from a largely obscure Japanese DJ. The ability to balance his love of tradition with the demands of the modern scramble. “Travellin’ Man” deals with the irreconcilable realities of life. The idea that sometimes fight and flee are both wrong. He can stay or go, but rent is due and there are songs in his head. There are songs in all of our heads.  We are always forgetting something. There is always something to do.