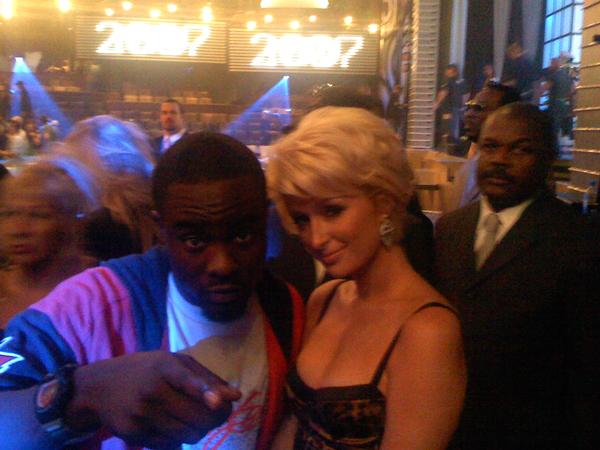 Evan Nabavian does not believe that Lil Twist is the Shyheim of Young Money.

Boss that he is, Rick Ross knew when assembling his team of future bosses that Maybach Music Group needed a lady boss for massive crossover boss appeal. Murder Inc. had Ashanti, G-Unit had Olivia, and even Game had a hook-singing sweetheart when he was pushing Black Wall Street. So Ross needed a soft heart that could take MMG to places that songs like “Rich Off Cocaine” couldn’t and he found it in the form of – no, not Teedra Moses – Mr. Wale Folarin, the original blog rap poster boy.

Remember the initial shock of hearing that Wale signed to Rick Ross? It came as a surprise that the Boss’ ears could even hear the frequency of Wale’s earlier underground-leaning rap. It’s more likely that he caught Wale in heartthrob mode, which he saw as a Drizzy-like sensitivity that he could harness for chart success. Ross wasn’t just scooping up cronies, he was trying to build an empire and Wale would be a linchpin. For Wale fans, it was the beginning of a new chapter in the DC upstart’s career, a chapter that would feature strippers with money stuffed in their asses.

I knew that Wale would be corrupted by MMG, I just hoped that the infection would be contained and so far it has. On Self-Made, he covers the same topics as Meek Mill, omitting the street shit and rapping marginally better. But his real worth on the team is making convincing pop songs that Ross can’t make by himself. Hence, “Best Night Ever” and “Lotus Flower Bomb.”

Wale is still a great rapper. On “Best Night Ever,” he’s crass and rude, but in an endearing way and not as an unrepentant asshole (read: boss) like Rick Ross, whose verse is competent but predictable. Kevin Cossom sings a hook that’s bubblegum enough for ’95 Mariah Carey. It’s more tailored to radio than anything Wale has done before, including “Chillin.” “Lotus Flower Bomb” is even smoother, with no Ross and Miguel on the hook. Wale raps about romance and speaks to relationships better than any other rapper on the market, which makes it even more unfair that Drake broke through as the lover-boy rapper.

Wale is unrecognizable on “Tats on My Arm,” a Southside-produced neck breaker, which appeared online only a day after “Lotus Flower Bomb.” Wale’s new album is called Ambition. Before MMG, it would have been the underlying theme of his album, but at Ross’ instruction, the word becomes a catchphrase, snarled ad nauseum throughout the song as a challenge to those who would front on their gold Rolexes. It’s enormously satisfying in its own right, but Wale is playing a Jekyll and Hyde act. Still, we’ve never required rappers to be consistent.

Wale can wear his heart on his sleeve. Rick Ross can’t. He’s a boss, he’s married to the money.