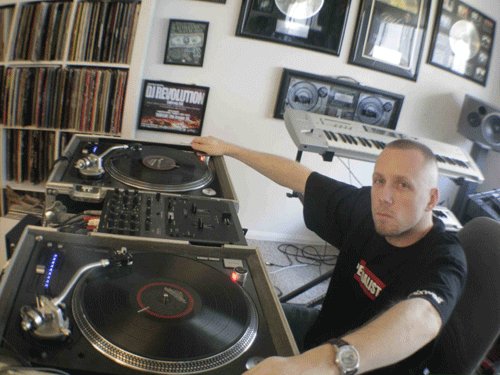 For Los Angeles readers, DJ Revolution hardly needs an introduction. During his 13 year stint manning the decks for Sway and King Tech on 92.3 The Beat’s Wake Up Show, he became a household name for households glued to The Box.  These days, he’s busy producing music for radio and TV, and deploying his formidable his turntable skills about the globe.

It was before a recent trip to Australia that I interviewed Rev and we ended up chatting for close to an hour. That gave me enough time to come up with the idea of asking about his five favorite records. I felt like a bit of a prick putting him on the spot, but Rev rose to the occasion, his square-cut, northeastern cadence struggling to transmit the passion he felt for some of this music. He asked whether I meant albums or singles. I said both. — Matt Shea

Gang Starr
Step Into the Arena 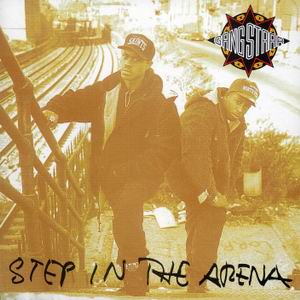 One record that would definitely be in there is Step Into the Arena. To me, that’s a landmark. And it was so life altering because it was the first time that I found a group that shattered what everyone else was doing as a group. It was so serious, without being serious. Premier’s production was so far ahead of everyone else, not to mention he was the first guy to really create a scratch hook. He’d be scratching multiple pieces of different records as hooks for songs. Before that, people would do that for mixtapes: on mixtapes you’d hear guys go crazy, do dope intros and multi-tracking and all that, and pull different pieces of different records together into one thing. But what he did was like artistry. He and Guru were two genius talents coming together at the right time and it just drove deep into my brain. 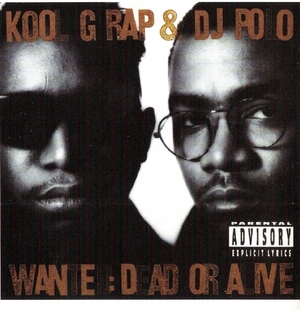 It’s 1990, Cold Chillin’ Records, and again it was right at the beginning of that time when shit just changed and everything turned upside down. G Rap: obviously everybody knew he was so incredibly talented as a lyricist before that record came out, but then the shit and the production on it just shattered everything that had come before. That was the first time we got a taste of Large Professor’s beat-making talent, and he didn’t even get credit for it. Everyone was wondering: “There’s no way Eric B. made all these beats. No way!” Because he’s the only one who’s credited for it, you know. Just the sound, the way it was mixed and presented, and G Rap’s style and his personality: it was just unbelievable to me.

It’s one of those records that if you’re driving down the street and you’re listening to it, you get so wrapped up in it that you can’t help but just sit there. To me, I want to stop listening to it because in my head I’m like, “This will never, ever happen again. This sound is gone. It’s done. Forever.” It’s never going to happen again.

It kinda depresses me when I listen to those old records, so I try not to – I just reminisce and look at them on the wall. They remain as timeless classics in my head, but I can’t really listen to them for so long. This is how deep it is for me: imagine the person you love most on the planet dies and has been gone for seven or eight years – they’ve been out of your life and you’ve gotten over it and moved on – and then you’re able to sit down and spend an hour with them, and then you realise that’s the last hour you’re ever going to spend with them. Would you rather have never spent that hour with them, and just live with the incredible memories you have of that person? Or spend that hour with them and be totally immersed in what you loved about that person, and then have it yanked away from you again and back to reality? To me, that’s a classic album. It’s classic music – something you get your mind so wrapped up in for whatever reason. That’s what those records are. 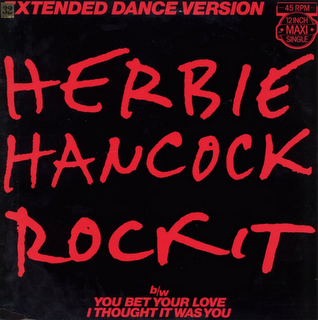 I love this record. Herbie Hancock is a traditional jazz artist at his core and this is a guy – another Quincy Jones – who has been able to adapt to all different types of music and perform at an unbelievable level in each of those genres. But who would have thought he would have been able to infiltrate something like hip-hop? Because it’s such a departure from what he was doing. And he did it in such a groundbreaking way, and it just blew everyone’s mind, because up until that point people probably had no idea who the fuck Herbie Hancock was. Only real music aficionados would know at that point, because Herbie wasn’t selling any records anymore. That came out and won a Grammy and he was on the Oscars with Grand Mixer D.ST with all the robots onstage and shit. It was like, “Woah! This dude is over the top! He’s not only proving to the world that he can accomplish great music in a new genre, he’s showing that he can blow it out of the water.” For me, that stands as a landmark record. 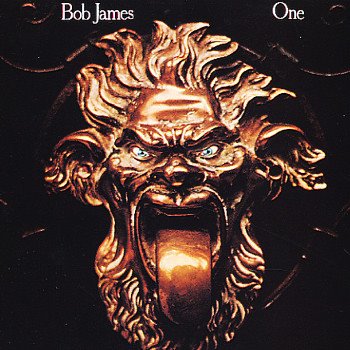 This is one of my favorites as well. It’s on Bob James’ One album – from 1974, I think. It’s a great album – the same one that has “Take Me to the Mardi Gras” on it, which is probably one of my favourite breaks of all time. This record is a testament to the composing abilities of Bob James. This guy was not only a master at the keyboard, but he was able to compose really stirring music. I dunno, but it just got to me, and then when it breaks down you’ve got these eerie underwater keyboard sounds that no one else was able to make, and Idris Muhammad was on the drums. There’s so much going on with that record and it’s so big – there are huge string sections and the drums are EQed just right. It’s an awesome record. 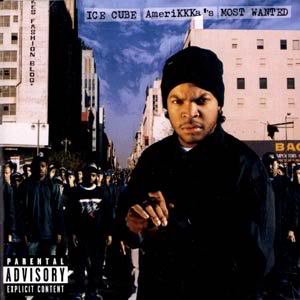 That’s definitely in there. I could mention Nas with Illmatic or Biggie’s Ready to Die – I could mention all of those – but this to me surpasses those records because it’s kind of tied to It Takes a Nation of Millions to Hold Us Back, because they both stand for the same thing. They’re testament to the movement of a people and culture that spawned hip-hop. They are the result of a struggle, the result of people’s backs breaking, the result of hard times, hard living – they’re products of their environment. And this is what happens, this is what becomes of that: loud, angry, stirring music – shit that just gets you wrapped up in what they’re talking about. Somebody’s lyrical talent and the combination with groundbreaking production has a lot of power. That album is so powerful.

I remember exactly where I was when I bought that album and when I listened to it. I don’t know how young I was but I was young enough to be working at fast food joint called Arby’s. I was at the mall working at my job and I knew that record had just come out. So I took my check, cashed my check, walked to the record store that was in the mall – a time when we actually had record stores in the mall, that’s how young I was – I walk to this record store, go in there, and buy Ice Cube’s AmeriKKKa’s Most Wanted. I had no idea what to expect because none of this was ever getting played on the radio; you just bought it because it was Ice Cube and you knew he’d split from NWA and you thought, “Yo, what is this?!”

So I sat down at a table in the mall on a Tuesday afternoon with my Walkman listening to a tape of AmeriKKKa’s Most Wanted from beginning to end on my lunch break while I ate a sandwich. I remember the moment when “Turn Off The Radio” came on and I just stopped eating – I had to stop eating my sandwich, man, I was that blown away. I couldn’t believe the shit I was hearing. And then I lost my appetite. You’re sitting in a movie and you have your hand in the popcorn bucket and all of a sudden shit gets so good that you forget you’ve got your popcorn bucket and you just zone out: that’s the type of music that was to me, so that’s why I think it’s up there.