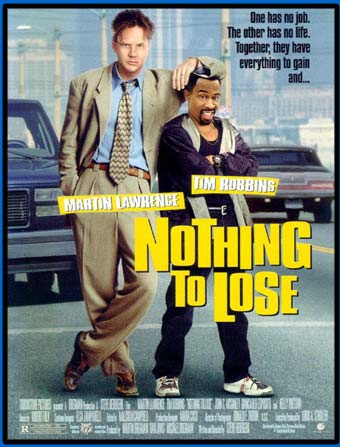 Nothing to Lose is maybe the fourth best soundtrack to a Martin Lawrence vehicle made between House Party and Blue Streak. After all, even when they were mediocre, all rap soundtracks from the 90s look pretty good in hindsight.

Hip hop was supposed to have sucked since ’96, but c’mon. For Nothing to Lose, Tommy Boy organized the proceedings and had the budget and foresight to tap Outkast, Camp Lo, Buckwild, Naughty By Nature, Master P & Tru, C-N-N, 8 Ball & MJG, and Latifah for their B-sides. There’s also an appearance from the Quad City DJ’s. Either Quad City or the 69 Boyz were required to be on every 90s rap soundtrack. Some sort of contractual Illuminati agreement because Luke would’ve been too edgy.

What people really lamented about ’97 is that most underground artists no longer got air play. So none of these songs ever really made Rap City or radio save for Coolio’s “I’ll C U When U Get There,” and ERA-anthem, “Not Tonight (Ladies Night).” If you don’t remember the latter, allow me to link to the Missy Elliot Bachelor Party dream sequence that is its video. Vintage Angie Martinez.

This is the ultimate 90s product, born out of the boom and played by most once at a Sam Goody listening station. If you heard it at all. I don’t know anyone who purchased this, although it probably sold more records than Wale will with Blond Ambition. Shit was $18.99. What sort of bojo shelled that out for odds and sods of artists who were in the midst of making actual classic albums? I’d also like to think that we all foresaw that by 2011, everything would be downloadable by Googling an album name and Mediafire.

The highlight is Outkast’s “Everlasting,” the record that brought me back to this compilation in the first place. It was one of those songs that got lost in the shuffle, never earned national attention, and was instantly forgotten. It sounds like it was cut from Atliens. The style is pretty unmistakably Organized Noize of that era, the gritty drums and scratches and a faint “Everlasting Bass” sample.”

Other than Prodigy, I can’t think of another rapper who started verses as well as Andre. “Everlasting” opens “sitting in the bathtub/listening to the Isley’s/brothers and others outside my door want to despise me.” Wary, paranoid and freshly sober, this was the 3000 of 96. Same dude as today, the get-off-my-lawn libertarian calling out people for looking for handouts and railing at “ho’s” for their loose morals. Back then, he was still looking to skewer haters through rap music not $1,000 therapy sessions.

The cut was presumably excised from Atliens because it lacks the extraterrestrial melancholy and mystic funk of Outkast’s second record. It’s more gritty, basically boom-bap. But even though it lacks the overarching conceptual vision of the keepers, ‘Kast did fuck-you-fame rape better than anyone. Andre 3000: an artful complainer on par with Woody Allen.

Since Tommy Boy lives in the great record label condo in Hades and because I know none of you are going to ever buy this, here are a half dozen of the soundtrack’s best songs. This is where I’m supposed to tell you that you have nothing to lose, but that’s corny and you already knew that. How about I tell you that you’re better off listening to this than the Drive SDTRK.

Download:
MP3: Naughty by Nature-“Nothing to Lose”
MP3: Daz & Soopafly-“Put the Monkey in It”