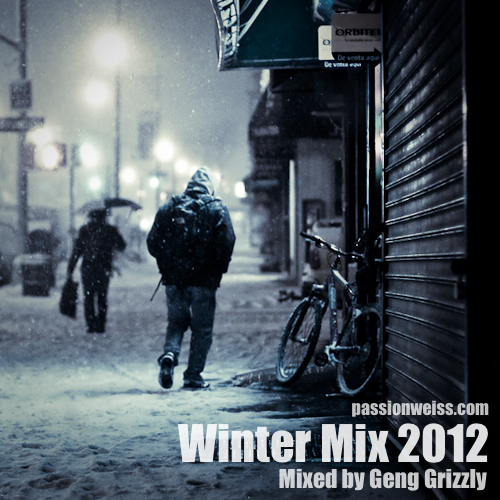 Like we always do about this time. This is where I rattle off seasonal clichés and explain how this mixtape pairs nicely with said wintery clichés. Big boots, thick jackets, hot chocolate, ice skating, skiing if you’re bourgie. Even if you doesn’t snow where you are, you know the feeling. This is music for the cold walk home, blank canvas mornings. When the sidewalk is just slippery enough to try skating one boot at a time. Let’s try this again, joined by Purple Tape Pedigree’s own Geng Grizzly on the cuts. Join us for a stomp through the snow. – Aaron Matthews, Managing Editor 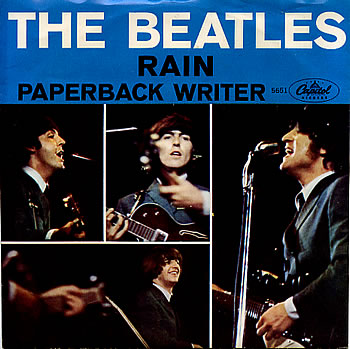 Moving to another country is thrilling, but it distorts perception in interesting ways. Take the somewhat simple task of selecting tracks for a winter mixtape and before you know it you’re facing a crisis that cuts deep into the very fabric of your own sense of cultural identity. As such, my two selections for this edition of the Passion of the Weiss seasonal mix series represent both a native Londoner’s and an alien New Yorker’s take on winter. If we ever meet for brunch in the city then please do take note of the fact that I do indeed like my toast done on the side.

Nothing symbolizes the British winter quite like the subject matter of The Beatles’ highly revered B-side to ‘Paperback Writer’. Come October, the drizzle begins, lifting six months later when spring breaks. If you’re lucky. To add insult to injury, the fine mist soaks you to the bone without the romance of distorted reflections in oily puddles or the soothing beat against a window that accompanies a fierce downpour. In short, it’s miserable. Lennon said that it was “about people moaning about the weather all the time” and if there’s anything more quintessentially British than the rain – or indeed The Beatles – it is our unwavering pessimism towards the weather and our disposition to vocalize it. As evidenced by this blurb, even America can’t take that away from me.  —  Dan Love 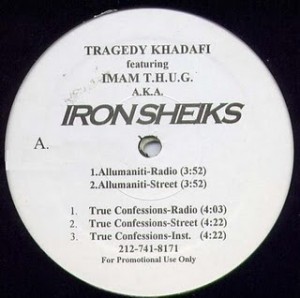 Paranoia, razor blades, dust cloud pianos, the pained hover of Nina Simone’s voice shattered to a supernatural consistency, and, of course, innately evil governments with only the most sadistic of sworn-in-secret modus operandi; nothing colder exists.  Let’s also not forget the drinking water from the pipes of NYC’s largest housing project-turned-Thug Thursday metal-tote anthem breeding ground; Queensbridge.  As authors who frequented such topics to revolutionary degrees, within said rap sub(-sub)-genre, from the aforementioned east-of-Manhattan-Island locale, the Iron Sheiks (Trag and IMAM) stood as the title belt holders and gatekeepers.  But was that ever a question?

Two things an innately evil government despises?  Intelligent thugs and William Cooper. They live to destroy progressive thought in modern society. Two things every thug cat I knew in the 90’s had in their home, even the most ignorant of the heap, a bottle of Henny and Behold A Pale Horse.  That meant balance.  So in order for you to completely understand this, and I too stand as a Hot Toddy-in-converted-mason-jar-mug kind of person these days, please, just for this, set all previous thirst-quenching inclinations aside and get you a large foam or plastic cup full of that “brown water” (also, brown, not due to pipe mess).  These sorts of chalices perform much better from within the embrace of those cup holders in your black “Ac.”  Buckle up, turn that defogger on, and ensure that the burner is safely blanketed in the hidden confines of the door panel.  Now… wait!  See?!  This shit has got me thinkin’ all illegal life style!  Control your whole mind!! — Geng Grizzly (Fresh Out the Box Radio, Thursday’s, 7:30PM-9:30PM EST) 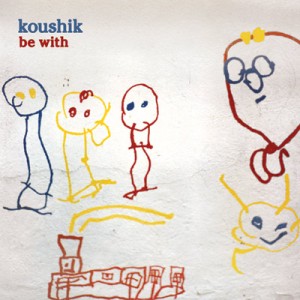 Global warming fucked my winters up. Spring hit Toronto 2 weeks early this year, robins gathering between dead trees like they’re supposed to be there. “Be With” sounds like the first sunny day of the season. Grey weeks fall off the calendar and you keep plodding through, when one day you wake up, crack the window and are hit with that one beam of sunlight that validates your last three months. Koushik’s fluttery strings play off that stiff drum beat and crunchy bassline before dissolving into the reverie of harps. Those last 30 seconds hit like the first bird song of the season, and suddenly you’re ready to rock sneakers again. Well earned. – Aaron Matthews 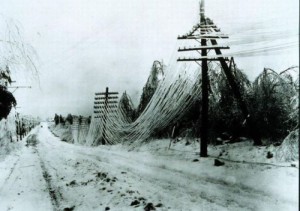 No pretty shit. No frills. All fear. “Snow” is the shiver and the shank. Roc Marc, encased with the ice pick, outside your igloo, blizzard at his back, blitz on his mind. Clichéd choice? Maybe. Maybe you should acquire a colder heart and a sharper blade. Even if your corner is in cornflake California, “Snow” reminds you of the out-of-breath collapse, bodies dropping in compact bricks of precipitation. Hard as a heart attack. At the mercy of the elements. “Snow” reminds you that you can’t win right now, just keep your head low and stay cool. –Jeff Weiss 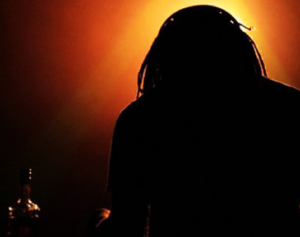 Admittedly, I’ve got an easy reason for including “Eyez” in a Winter mixtape. I saw Mala drop it in the middle of a snowstorm a few weeks ago at an outdoor event and that image is now permanently etched in my memory. Beyond the personal however, there’s several layers of cold at play here, from the mechanical detachment of the opening hi-hats to the glacial calm of the chords. Radiohead and Cold Vein-era El-P aside, few producers have conjured such frighteningly spectral aural landscapes with few elements, all the more surprising considering DMZ is best known for oppressively heavy, roots-sampling tribalism that’s a million miles from the arctic.

But beyond the initial arctic beauty lies more sinister undertones – the coldness of an uncaring machine. Nothing, and I do mean NOTHING can prepare you for that drop – an evil squiggly, menacing creation that’s somehow more threatening than all of the bombast you can squeeze out of a DAW. Like a computer burrowing into your brain it’s emotionless, relentless and uncaring. And nothing quite captures Winter these days quite like the feeling of being trapped between sub zero temperatures and the chilliness of isolation from human contact with a laptop as your only friend. – Son Raw

I discovered Slowdive’s Souvlaki years ago in the middle of this disliked season and the album quickly bullied it’s way into heavy rotation during my commutes. It was perfect theme music for my nightly staring into depths of pitch black nothingness through un-kept bus and train windows. Even if you don’t have the pleasure of enduring treks on public transportation, the lush and hazy atmospheric production on this song (and album, with Brian Eno handling a few selections) is top tier background music for countless hours of hibernation.

The slurred ambient soundscape is guided by thick layers of guitar patterns that are distant and distorted but somehow remain melodic. Above the dense riffs are obscured murmurs of Rachel Goswell, whose words fade into the accompanying elements, leaving the lyrics (for the most part) indecipherable. – Note D 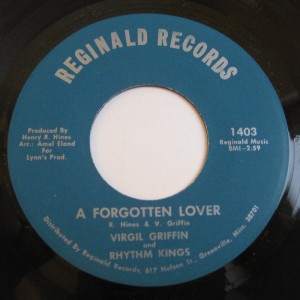 “Forgotten Lover” might make you want to slit your wrists. It’s that depressing.

On the surface, it doesn’t belong in this compilation. It’s a proper deep southern soul ballad, made in Mississippi, of the sort that usually drag all the heat and humidity and swampy decay from below the Mason Dixon line right into your headphones. And surely some of those traits could be found here as well. So where’s the winter then?

Surprisingly, it’s in the negative space. Or to be more exact, it’s in the dramatic pauses. Griffin is obviously lovelorn, that much is clear from the very title. But you can’t appreciate the depth of his sorrow until you notice that at some points he can’t even get through a sentence in one breath. The guy is so beat up that every few moments he needs to stop and collect himself. By the end there’s a palpable sense that Griffin might just unravel completely at any given time. The song’s origins and passions may be warm, but the impression it leaves behind is all ice– Alex Piyevsky 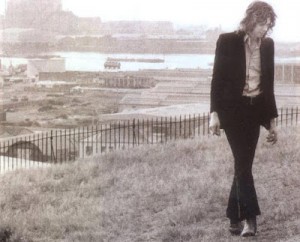 The calm of winter nights inspires the type of reflection that leads to revelation. Drake seizes that moment between strummed guitar strings. He’s a young soothsayer, swamped in depression, a druggy haze, he muses on missed opportunities. “Place To Be” lacks the bleakness off the album’s other songs, wrapped in a deep yearning for a purpose, while recalling childish foolishness: “When I was younger, younger than I was before/I never saw the truth hanging from the door”. “Place To Be” holds the laments of two decades worth of unfulfilled New Year’s resolutions. Every time spring starts to rear its head, opportunities missed in the colder month fill your head. The song ends abruptly leaving you wondering what happened to last season. –Aaron Matthews 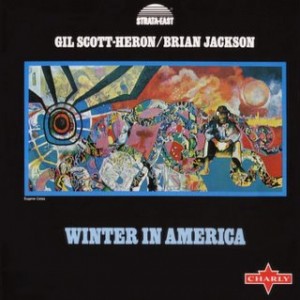 Conversely, I love winter in New York. Sure, it can get bleak: ice-laden sidewalks and the wind that comes off the East River are hardly the highlights of my commute in mid-February. More generally, it’s those beautifully crisp, clear days that come to mind when I think of the season in the Big Apple, where a considered approach to layering and a decent woolly hat are all that’s needed to be able to revel in the sharp, side lit clarity of the city. Gil Scott-Heron’s message of oppression and shattered social values may not be a particularly light-hearted complement to the season but The Midnight Band’s luscious, laid-back groove and Jackson’s soaring flute feel just right as you navigate the sprawl and the sun casts long shadows on frosty concrete.- Dan Love

Ka’s recently released Grief Pedigree is a worthy contribution to the time honored tradition of New York Winter Albums (see Marcberg and Liquid Swords if you’re not familiar with this canon).  Like its illustrious predecessors, this record not only captures the intangible qualities that characterize the city at its coldest, it also successfully translates them into music.  I’m tempted to try to describe how right Ka’s music sounds in the headphones on a cold desolate G train platform around 1am, but that’s just one of those perfect collisions of sound and circumstance, an almost entirely intuitive experience that goes beyond words.

I know the above sentiment takes me dangerously close to the smug insular grandstanding that is at least partially responsible for the creative rut that New York rap has faced for years (current mini-resurgence aside).  I know it and I still stand by it, because Grief Pedigree is the kind of album that adds to New York’s mythology instead of just mining it for diminishing returns.  It’s not revivalism, it’s not a nostalgia trip, its 11 tracks that continue a legacy.  ‘Vessel’ happens to be my favorite one of them, but all apply. —Alex Piyevsky 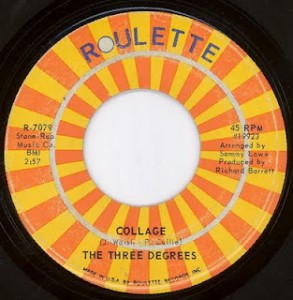 Seasons change, but that proverbial skeletal-frame-melt shock of loss will always remain as something completely unadaptable; it’s never quite the same as the previous time, just as when the hammer strikes the bell.  The suffering is heard through the empty tunnel echo of the track’s opening.  The late-60’s psych-tinged vocal sequences by the three soul sisters only takes the journey on a turn for the esoteric.  Then the horns and steel drum charge over the rhythm section like your favorite, 5-tier record shelf collapsing…on your 4-month old French bulldog puppy.

Plus the previously mentioned “bell tower intro” of “Collage” was also utilized, in sample form, on THE coldest hip hop album of the year: Ka’s Grief Pedigree. — Geng Grizzly

Passion of the Weiss Winter Mix, 2012 by Passionweiss on Mixcloud