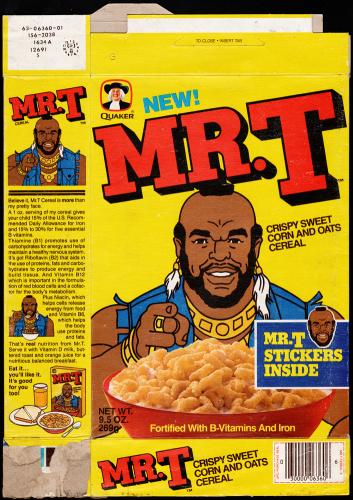 Kendrick Lamar- Cartoons and Cereal: Apparently, Section 80 was his Southernplayalistic.

Flatbush Zombiez- Thug Waffles: I’m not late on this it just took a minute to track down a working link. These guys grew up a few blocks away from my crib, but one does a spot on Fabo impersonation and the other sounds like he grew up somewhere between Cleveland and Chicago. I’m not going to get into the nauseating post-regional discussion New York is grappling with at the moment, I’ll just enjoy this blunted out, sinister-fun anthem and hope it’s the first of many from these two.

Joe Budden- Stay Schemin Freestyle: To you aspiring rappers at home wondering how you too can get a track onto Fat Tape the answer is simple: Punchlines addressing the chemistry of the New York Knicks. Also, let it be recorded that Joe Budden got the first of what is sure to be millions of Lin mentions on record, and didn’t even go for the inevitable combinations of ballin and good with numbers that are sure to follow.

Juicy J ft. Wiz Khalifa and Chevy Woods- Cup: One of the best things about this Juicy J renaissance is having my grimey boom bap NY friends who think Common murked Drake shouting “SAY NO TO DRUGS? JUICY J CAN’T” in the street. Also, quick Hip Hop IQ test: One-mixtape wonder Wiz Khalifa, Lola Monroe, Chevy Woods, Memphis rap architect Juicy J. Which of these things are not like the others?

Gucci Mane ft. Waka Flocka Flame- Walking Lick: Early in February, I wrote up this tape for a track featuring Future, who showed glimpses of what his style could be if he could just get it in his head to rap, but I felt guilty about it because Gucci sucks on that song, and there was a lot Gucci did well on this tape. This song is him at his best on Trap Back. Rick Ross made the leap when he in some ways evolved past “just” rapping. First it was all swagged out barking, then he slowly, shockingly became a crisp technician. But he ascended to the throne when he realized rapping well was just a part of his arsenal, and began to vary his cadences and flows, often by the bar within a single verse.

Gucci seems on the cusp of a similar realization, the hyper charged multi syllabic streams of hell fire aren’t quite what they used to be, but here on the second verse of “Walking Lick” he basically speaks his verse in cadence, and the casual approach does wonders on the song. It’s weird and arrogant and perfect.

Earl Sweatshirt- Home: In the first thing we’ve heard since his lean debut, Earl sounds like he hasn’t missed a beat. As an artist, Earl excels at weaving multiple syllables with extreme ease; he sounded downright mellow rapping through a grin about murdering cops and prostitutes, and that charm hasn’t left him. Allegedly he’s OF free, despite this beat having all the synthy mood of Tyler’s best work on Earl. While not entirely profanity free, “Home” is relatively tame compared to his Earl’s bluest material with OF. If he is in fact gone it would be a shame. Tyler was never more likeable and the group never more accessible then with Earl as a front man, with Tyler behind the boards and at the margins as a trickster figure. Earl’s mom just may have supplanted C. Delores Tucker as the most dangerous woman in Hip Hop.

Big K.R.I.T.- Boobie Miles: Yet another sleepy K.R.I.T. showing over a lush gorgeous beat. I don’t know where this sample came from, but it makes me think if Jazz samples came back and producers spent hours in the studio watching terrible Spike Lee movies waiting for Terrence Blanchard horn snippets worthy of looping, it would be a great look for Hip Hop in 2012. I don’t mean to get on K.R.I.T. (pause) but it’s like the guy only has one gear, one subject delivered with one emotion. Like if he poured a bowl of cereal in the morning, then went to get milk out of the fridge only to discover there isn’t any, he’d be sad due to the hardships he’s had to face, but doggedly optimistic that eventually with the proper amount of dedication and belief in himself he’d persevere.

Vado- I See You (Black People): “Welcome to this week in Rap with your host Duke Da God, today we’re here with Vado. So V, you’ve just recorded the best song of your career, a conscious but grounded reflection over a beautiful sample that doesn’t sound like AraabMuzik raping an MPC. Any ideas finishing touches you’d like to add?”

“Thanks for the question Duke, pleasure to be here. I was thinking about a totally abrasive chorus that’d basically me shouting at the listener as loud as I can.”

“Sounds great V. By the way, who mixed the vocals on this?”

Rick Ross- I Swear to God: Just cause, you know?