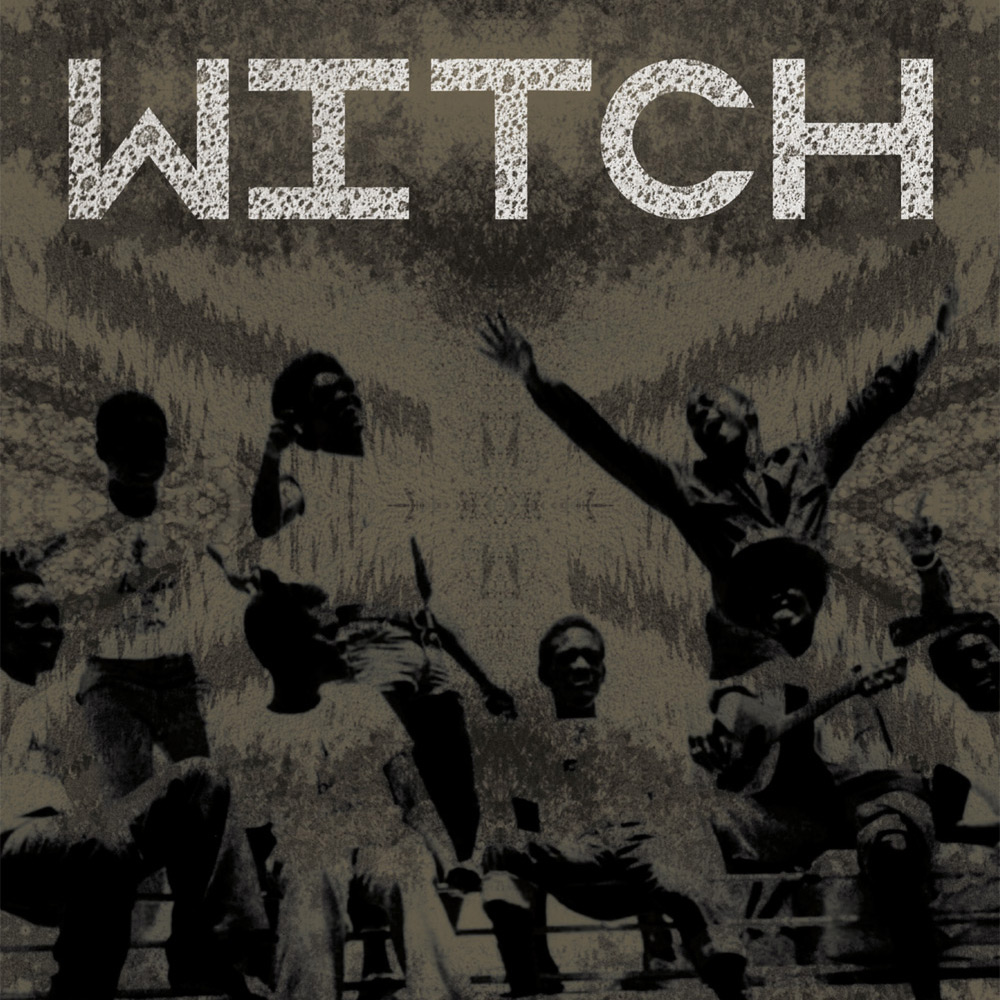 Alex Koenig welcomes you to Zam-Rock.

The mid-1970s were a disquieting time for the Southern African nation known as the Republic of Zambia: The economic value of the country’s largest resource, copper, plummeted; the nation was politically stifled under single-party rule; there was growing strife between countries on Zambia’s borders.

Perhaps the only silver lining of the nation’s growing turmoil was the birth of Zamrock. A sonic conflation of the purple-flame psychedelia a la Jimi Hendrix and Creem with the robust funk of James Brown, Zamrock encapsulated the angst of a torn and tattered African nation. Among the most enduring acts of this fledgling music genre was a scrappy five-piece group called Witch.

Witch released five albums during their tenure, and although the group’s syncopated rhythms and strange brew of trippy melodies remained the backbone, their output was far from monolithic. Their first two, self-produced LPs – Introduction and In The Past – combine the bass-driven grooves of Bobby Byrd with the sweltering garage rock of ? Mark & the Mysterians. Their third album, Lazy Bones!!, is the band’s creative crest – despondent and draped in wah-wah and fuzz, it feels like the band’s response to America’s Blue Cheer. The quintet’s final two albums are Lukombo Vibes and Including Janet. On Vibes, Witch showcases their heaviest funk-rock progressions; on Janet, the emphasis on more plaintive folk melodies and tribal beats is several shades closer to the traditional afro-rock of the time.

A thorough and incisive treatment, We Intend To Cause Havoc contains Witch’s entire oeuvre over 54 tracks, housed in a hardbound box of four CDs (or 6 LPs, if you opt for the limited-edition vinyl set). That means you get all five albums, plus rare, 7″-only tracks. Safe to say, We Intend to Cause Havoc will be the definitive document longtime fans have been waiting for. That isn’t to say you need to be a longtime Witch aficionada to enjoy Havoc.

For those new to the band, but who hunger for something analogous to the kaleidoscopic garage rock featured in quintessential compilations Nuggets and Pebbles, this set should satisfy. There are too many gems here to run them all down, but a few highlights include: the loping bass line and fuzz-guitar squalls of “Home Town” are likely to induce some closed-eyed, slow motion head nods; “Havoc” ranks up there with Creem’s “White Room” in terms of acid-drenched dynamism; the tribal chant and juddering organ of “Nasauka” overflow with vitality and spirit.

With the release of this box set, Emmanuel Kanga ‘Jagari’ Chanda—the band’s vocalist and last surviving member–can finally feel at peace knowing his music has finally reached an international audience. But it isn’t just a victory for Chanda; it’s a victory for Zamrock as well. Hopefully, Havoc marks a step towards unearthing more releases of this vastly underrepresented and highly immersive style of music.