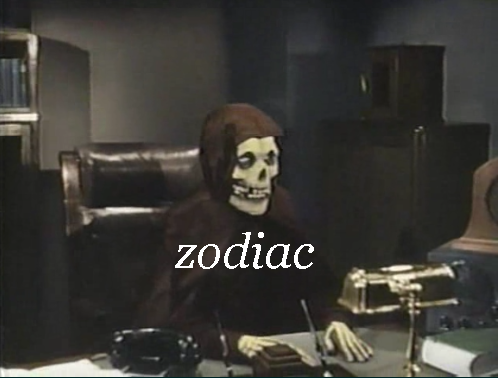 Born in Nova Scotia, raised in small-town Ontario, and about to jet off to London to work with Paul Epworth, Jeremy Rose aka Zodiac has come a long way in a short time. With a just-released solo EP and a ton of work in progress, he’s quickly moving out from under the shadow of his early work with the Weeknd’s Abel Tesfaye. I chatted with him about his early influences, collaborations, and next steps.  —Adam Wray

A: Where are you speaking to me from right now?

A: I understand you’re off to London soon.

R: Yeah, it got pushed back ’til sometime in November.

A: And that’s going to be the first time you’re in the same room with [Paul] Epworth since the Wolf Tone deal?

R: Yeah. I’ve spoken to him on the phone, and we’ve done emails and stuff, but it’s going to be the first time I actually meet him face-to-face.

A: Can you tell me how the Wolf Tone deal came about?

R: He just kind of came to me. I dunno. My manager was like, “Hey, Paul Epworth wants to do a thing with you.” I was like, “Wow, crazy.” I dunno, we didn’t talk before that or anything.

A: It makes sense to me, given both of your eclectic production backgrounds. Can you give me any idea of what you’re working on Wolf Tone?

R: It’s going to be the first time I’m working in a true professional environment with other musicians and stuff, and, in a way, above what I’m used to doing. I hope to just grow, and learn how the big people do it, I guess. Just do different things. I don’t have too many expectations, I just want to go in there open and see what happens.

A: Do you think you’ve got a “Rolling in the Deep”-type single in you, or is that something you even aspire to?

R: If that happened, that’d be great. I wouldn’t say no to that, but, once again, I’m really open to whatever happens.

A: Let’s back up a bit. You were born in Nova Scotia and grew up mostly in Chatham. The music scene there is mostly little hardcore shows and screamo bands. That kind of stuff doesn’t seem to have had much of an influence on the work you’re doing now.

A: What were some of the first sounds and artists that steered you towards hip-hop and electronic music? And how did you encounter them growing up in Chatham?

R: I think a lot of the stuff that I was into as a teenager was — I was listening to a lot of Nine Inch Nails, and weird stuff from Warp, just weird electronic stuff. And I had a bit of thing for some industrial stuff. I wasn’t too big into hip-hop until a little bit later. I think the only way that Chatham helped influence me was that I didn’t go out too much, I just stayed in, and sat at a computer. I think that’s what helped me get to where I am, just sitting down and figuring things out on a computer.

A: When did you first making music of your own?

R: Around when I was 14, maybe. It was always kind of this thing where I always liked recording things with a tape recorder and seeing if I could get them onto the computer to mess around with. Just experimenting with sounds.

A: That’s pretty clear from the new EP, there are all these natural sounds that sit underneath the tracks.

R: That was kind of the first thing that I was doing, was just making sound collages. And then I figured out how to start actually playing music on a computer. I was taking piano lessons for a little bit, and I also tried to get into guitar, but I kind of gave that up. I just actually started putting musical accompaniment to the sound collage stuff, and it kind of meshed together.

A: You moved to Toronto when you were 21, is that right?

A: What did you move there for?

R: I was working as a video editor in Chatham, but I hated the job, and, so, I just wanted to get out. There wasn’t very much opportunity for what I wanted to do. So, I just decided to pack everything up and go to bigger city where there were like-minded people. I needed to change environments.

A: And did you have any intentions at that point of finding a career in music? Or was it just a hobby where one thing lead to another?

R: It was a hobby. I was actually afraid of letting it become a job, because there’s that fear of doing what you like to do to escape from everything else, if that becomes your job, then it kind of loses all of its charm. So far, it’s still fun, though, so that’s good. I never planned on it [becoming a career].

A: The whole Weeknd thing, with you not getting credited for production when it blew up, did that light a fire under your ass? Were you like, “Holy shit, people are really into something I made, maybe I can do this professionally,” or did that not have much of an impact?

R: I dunno. I kind of figured out that, yeah, people definitely like stuff that I make — I took almost a year break after that, not doing anything. I just like taking things at my own pace, and I got back into it when I was ready to.

A: How do you find living in Toronto affects your sound? Does the city inspire you in any way that you can pinpoint?

R: No, not particularly.

A: The reason I ask is because, to my ears, some of the hallmarks of your sound, like those big, muffled drums, the way you use negative space, the overall tone of —

R: I was doing that stuff before I moved to Toronto. I think it’s easy to connect the dots where there aren’t any to be connected. I think right now there’s a general sound that’s emerging, and a lot of it is by people like 40 and stuff like that. And there are similarities there, and that might be the “Toronto sound” — I don’t think there is a Toronto sound, I think there are a lot of different sounds coming from here.

A: That was the next question I was going to ask you. With people being inundated with so many influences from all over the world, do you think that there’s still such a thing a regional sound?

R: It depends if there’s a scene of close-knitted individuals working on a similar style of music. I don’t even get out too much in Toronto. I do think it’s going to be harder to have a “one city, one sound” thing going on. We might be leaving that period. You’re more likely to have writers characterize sounds based on groups of people on the Internet rather than by city. That’s where everybody is now.

A: Can you tell me a bit about your songwriting process? How do you start a new song?

R: It’s usually by designing a sound that I want to work with. A texture, something I want to work around. Then I get a chord progression, or just a bass line to riff off of, or I have a drumbeat I really want to do, then I have to make something to go on top of it. It usually starts with just one piece, then I have to see how I can turn it into a beat or track or whatever.

A: Are you working on any new stuff right now?

R: I am working on new stuff. A lot of it is for other people. Trying to temper what I want to do with what other people are paying me to do.

A: With “Come,” the track with Jesse Boykins you did for the EP, you had that beat already, and sent it off to him and he sent it back with vocals. Is that how your collaborations usually work, or is it more of a give-and-take?

R: I tried to avoid when people come to me just start saying what they want and I have to build it on spec like that. I usually try to go in prepared with things I already have and show it to them and be like, “Okay, I like that, can we do this little thing?” It’s a lot more — I can still feel that it’s my track. It’s kind of a pride thing.

A: Let’s talk about the EP a bit. It’s pretty short, pretty stylistically varied. What was the impetus for putting it out?

R: Just to get something out, y’know? I look at it as kind of a sampler as what I was doing at that moment. A lot of the things were just what was lying around that someone hadn’t picked up on to use. I took them back, but some finishing touches on them, and then, “Here, have an EP.” I wanted to do something solo, because I have a lot of work coming up with other people, so I don’t think I’ll have the time to do that. I just wanted to get something out there.

A: Do you plan to release any more solo stuff on Vase, like a full-length?

A: Do you feel like the EP is a pretty good representation of you as an artist now?

R: I can never say that my music represents me as I am at the time. Nothing that ever comes out is current, it’s always been sat on for five months. I’m always way ahead of what people are hearing at the moment. I just need to work faster, I guess.