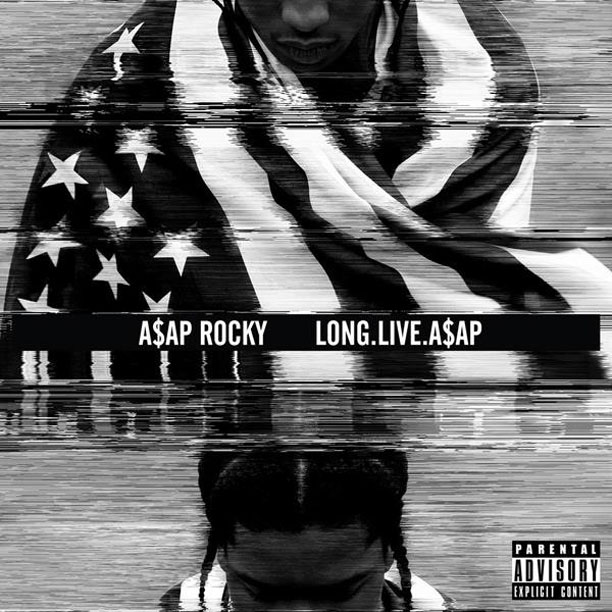 Son Raw had to come back for this one.

Kendrick may have more to say, Danny Brown may have more personality and Action Bronson wins for slick talk, but in the next great rapper sweepstakes, A$AP Rocky came through with the most fully realized sound. Grafting southern-psychedelia to dusty New York samples and Houstonian pimp talk to fashion-world swagger, Live.Love.A$AP was about as perfect a debut as possible in an era where artist development is a public process. One minute Rocky was mean-mugging with gold teeth in Tumblr-hyped videos and the next he was signing with Sony, getting cosigned by Usher and Rihanna and leap-frogging French Montana as New York’s most wanted.

At this point, a Lana Del Rey guest spot would seem anachronistic: he’s already moved past that mid-level indieground appeal and seems on the cusp of genuine rap success. For better or worse however, this position carries risks: just ask Nas about the pressure that comes with following up a great New York debut.

Long.Live.A$AP is the prototypical second album attempting to recreate the magic of a debut while expanding its parameters.For the most part, Rocky succeeds. The first half of the album is exactly what fans want to a T: a dark yet bombastic intro, a booming but based first single, this time courtesy of the reliably brilliant Hit Boy, a Schoolboy Q collaboration, some Clams Casino and a woozy Soufien3000 beat so woozy it should come with warnings about driving heavy machinery.

Though less surprising on first listen than it was on Live.Love.A$AP, Rocky’s sonic blueprint is catchy enough to stay lodged in the corners of your mind but unorthodox enough to satisfy the staunchest rap fan: his Clams Casino collaborations are particularly brilliant, so much so that a full length collaboration seems inevitable, or at least an inevitable demand from backseat A&Rs. Yes, from tracks 1-6, Long.Live.A$AP breezes along with the same flawless confidence as Rocky’s debut…

…And then things grind to a startling halt.

“Problems” is not a good single. 2 Chainz’s hook is annoying. Drake is like a rap STD you just can’t get rid of and Kendrick just sounds lost. Sure it went gold, but this is the sort of thing you tack on to the end of an album as a bonus track, not the centerpiece you want everyone focusing on. “Wild for the Night” with Skrillex is even worse: replacing the woozy, codeine infused atsmospherics that Rocky thrives in with screeching moomba-trap synths and the whitest reggae beat imaginable. It immediately exposes Rocky’s flaws as a rapper: his limited subject matter, his occasionally repetitive rhyming patterns and his misguided desire to be an alternative icon. Worse, for a guy who prides himself on being cool, it’s undeniably corny: there is nothing less cool than collaborating with this generation’s answer to Vanilla Ice or Fred Durst. As much as I hate to say it, he should have listened to Yams.*

From there, it’s a slow but steady recovery. “1-Train’s” epic posse cut is blog-bait but it’s loveable blog bait that unites all of your favorite rappers for the world’s best BET cypher. Here’s something to think about: Rocky probably has the worst verse on this thing but he’s also the only guy smart enough to make it happen — that bodes well for his career. Meanwhile “Fashion Killa” is another commercial grab but it’s a far more acceptable one: a goofy, doe-eyed “around the way girl” love song for the fashion week set. Put it on a mixtape back to back with “Poetic Justice.”

It’s the albums final two tracks that truly recover the opening magic however: “Phoenix” is a nearly beat-free Dangermouse production that splits the difference between Gnarls Barkley at their darkest and the Black Keys at their most modern. It suits Rocky far better than Drake co-productions. As for album outro “Suddenly,” it’s probably the best thing Rocky’s ever done, a heartfelt narrative over a crumbling soul beat that reveals potential for so much more than southern rap pastiche and Tumblr likes.

All of which makes it hard to rate this album as a whole; the tracks that work are fantastic, while the missteps are truly abhorrent. It wasn’t going to be easy to reach for pop stardom by synthesizing Mystic Stylez era Triple 6 and Infamous-era Mobb Deep but for the most part, Rocky’s template is proof that despite the uncountable (and unlistenable) A$AP copies that arose since his debut, this is still something people want to hear when done right.

Let’s call it his Volume 1: not quite Reasonable Doubt, plagued by a few mistakes but proof that Sony’s investment was a wise one. Besides, if artist development is now a public process, Rocky’s got nowhere to go but up.

* These tracks are so bad that I’m still trying to figure out how to make the album work without them. Your best bet is to substitute them with the “Deluxe edition” bonus tracks where Gunplay and Ferg verses meet Spaceghostpurrp disses and dreader-than-dread goth-rap. But whatever you do, leave these off the iPod.