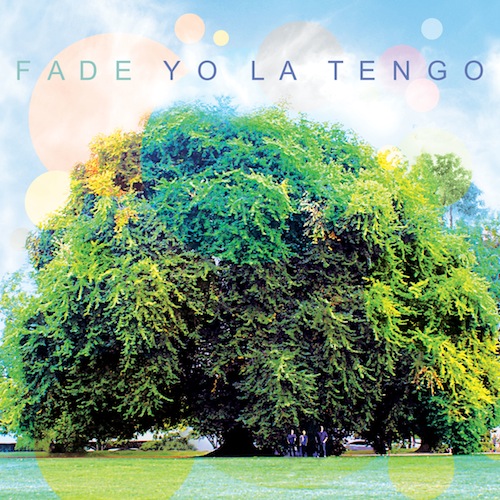 Aaron Frank has it.

Cloud-based streaming services like Spotify and Rdio still have some issues to smooth out with artist compensation, but I’m certainly not alone in feeling that the pros outweigh the cons. With such an expansive collection of music at your fingertips, it’s undoubtedly been a game-changer. The most notable impact Spotify has had on my listening habits is that it’s given me the chance to go back and check out bands that I’d previously written off without having to go to the record store and buy their albums, only hoping that I’d picked the right one.

You know the bands I’m talking about: the ones that all your friends raved about in high school and college, but that you didn’t have the musical maturity or patience to abide. Of course, some of these bands just aren’t meant to be understood by a sixteen-year-old growing up in the suburbs. I was already a music snob as a teenager, but I couldn’t imagine how insufferable I would’ve been had I been singing the praises of Spotify discoveries like Nilson Schmilsson or David Bowie’s Low to all my friends stuck on Chronic 2001. But there are some bands that, even with quick and easy access to their entire discographies, I still can’t help but feel stupid for missing out on, most notably Yo La Tengo.

Yo La Tengo was everywhere when I was in high school, so I really should’ve known better, and the fact that they weren’t hoarded in one particular social set, but shared among nerds, punks and even some jocks should’ve told me something special was happening. But unfortunately their jangly indie rock vibe just didn’t fit in with my taste at the time, which mainly consisted of punk and emo bands, most of whom I absolutely abhor now. And it wasn’t until 10 years later, after hearing them played on New Jersey radio station WFMU, that I finally decided to dip my toes in the pool again.

At age 27, with the convenience of Spotify in my hands, I found myself drowning in the masterpiece that is And Nothing Turned Itself Inside-Out a decade after its initial release. The first time I listened to it all the way through was in the late afternoon in the dead of winter, the sun setting outside my office in the desolate warehouse district of downtown LA. There, in a dead end job with my recent failings in a relationship at the top of mind, something finally clicked. There were obviously some environmental factors leading me in to that particular headspace, but the way the band manipulated their own melodies on that album with certain intangible qualities like space and depth lent it a certain intimacy that I just haven’t been able to find in their other albums.

On And Nothing Turned Itself Inside-Out, the tone ranges from melancholy (“Tears Are In Your Eyes”) to uplifting (“You Can Have It All”) to downright absurd (“Let’s Save Tony Orlando’s House”), but when it’s all finished, you’re right back in the middle, left with only the feeling that as bad as things might get, it will all work out in the end. That same sense of zen has permeated most of Yo La Tengo’s albums since, and it figures heavily in to their latest album Fade. Yet the way And Nothing Turned Itself Inside-Out warmly welcomes you in to the lives of YLT’s Georgia Hubley and Ira Kaplan is simply irreplicable. The album suddenly makes you feel like a close friend of the band, like you’re watching them laugh, fight, kiss, and write songs together all within the span of an hour.

Fade brings you in to their world in a similar fashion, but it’s a much different world than before. Instead of one of a young couple feeling their away around in the dark in hopes of saving a relationship, it’s one of a more content and settled couple hoping to pass on lessons learned to a generation clamoring for direction. Thematically, the album is a bit muddled by inconsistency, but adulthood seems to suit Yo La Tengo genuinely well and it’s difficult to count many other bands that can release such an interesting album after more than two decades together.

The zen theme hits you over the head from the first song “Ohm,” where the same lyrics are repeated throughout in the style of a mantra. The song was performed live on Jimmy Fallon last week with comedian Fred Armisen serving as an additional drummer, and as much as I hate the idea of two drummers, it worked out considerably well, mostly because of the song’s reliance on a dusty rhythm. “Is That Enough” follows directly after “Ohm,” guiding you over the hill with an old school Yo La Tengo melody, updated with an excellent string arrangement.

“Well You Better” fills the quota of quirkiness we’ve come to expect from Yo La Tengo, but “Paddle Forward” jumps out with its heavy distortion and crashing cymbals and the acoustic backing track keeping the song from going off the rails in to Sonic Youth territory. The next two songs, “Stupid Things” and “I’ll Be Around,” serve to highlight the two most notable takeaways from Fade – Yo La Tengo are still great at being Yo La Tengo, and they’re still capable of uncovering new territory.

“Stupid Things” exhibits all of the characteristics we’ve grown to love about the band with only a few minor updates. The production is vast and moody, but there’s also there’s also a beautiful slow build throughout, which is bolstered by another string arrangement. One of Yo La Tengo’s lasting trademarks is their simplicity, but as great as the melodies sound on “Stupid Things” and “Is That Enough,” I certainly wouldn’t mind hearing more strings. On “I’ll Be Around,” Kaplan noodles around on the acoustic guitar against the backdrop of several gentle looming synths, marking a turn towards the experimental, which the band has largely avoided in the past.

The acoustic guitar is also a key component of other highlights on the album like “Cornelia and Jane” and “The Point of It,” leading several critics to call Fade Yo La Tengo’s jam-band album. But if an acoustic guitar and a few brief melodic solos make you a jam-band, then that would make me and everyone that’s ever liked a Bon Iver song the biggest hackey-sack playing, hemp-wearing jam-band fans in the world. In reality, the album is a near-perfect mix of all of the band’s influences and it hits on some exciting new territory that they’ve all but avoided until now, earning it a spot alongside Painful and And Nothing Turned Itself Inside-Out as one of their most inventive albums, if not one of their best.