Deen is the Nigerian Michael Bivins.

So I woke up the the residue of niggas on my Twitter TL talking cracking jokes about something that sounded vaguely Drake related. So I did some crack research and VOILA – a new Drake single. Ironically titled, if I might add.

If I’m being honest, I was kinda anticipating a new Drake single – given that this is the year that even the most knuckle-headed amongst us rap folks are supposed to “crown” Drake as THAT nigga in rap. After all, Yeeziah dipped out of the game by dropping an interested album devoid of hits. Wayne continues sucking. While Jay-Z delivered a serviceable but ultimately underwhelming big budget old nigga rap album. So yeah, the lane to the top is completely open for the little shit that has the nerve to describe himself as the “light-skinned Keith Sweat.” I swear this nigga wants to fight me.

To no one’s surprise, he’s going to ascend to the top.  But excuse the whinging, he’s kinda backing into that shit. Pause. “All Me” is cool, but it’s just another one of those Drake singles that get attention based on the fact that he’s Drake. Not because the song is actually deserving of the attention it’ll get. I put “Over,” “Find Your Love,” and “Crew Love” in that category. I don’t know if I’m just old or something, but I kinda like when big rappers drop big singles that are big because they’re big fucking songs. You know, like Jay used to do every summer — or like Kanye did before he lost his damn mind and started impregnating quasi-white women — or like T.I. did before he kept going to prison all the time. “All Me” is perfectly decent and I love that Drake easily raps circles around his guests. I could do that too and I’m not even a rapper – WOO! But it’s more the sound of Drake bending radio to his will than the sound of a real hit. And maybe that’s a good thing, because the folks I know that listen to radio often complain that everything sounds the same.

But it certainly doesn’t help that he threw 2Chainz and Sean the Rapper on a song titled “All Me.” For the following reasons:

First, it feels as if those guys are on every other “big” song out.

Second, the song is called “All Me” for fuck’s sake! This isn’t all Drake. It’s Drake and Chainz and Sean. We can clearly see through this lie nigga! Third, Drake doesn’t even need the help – he’s Drake! Put it this way; I went on Wiki to check out his solo hit and learned that he’d never actually had a solo #1 overall chart record in the US (not a #1 rap record, he’s got those by the ton). I was SHOCKED.

Finally, this shit just sounds too subdued for the for the silliness of Chainz and Sean.. 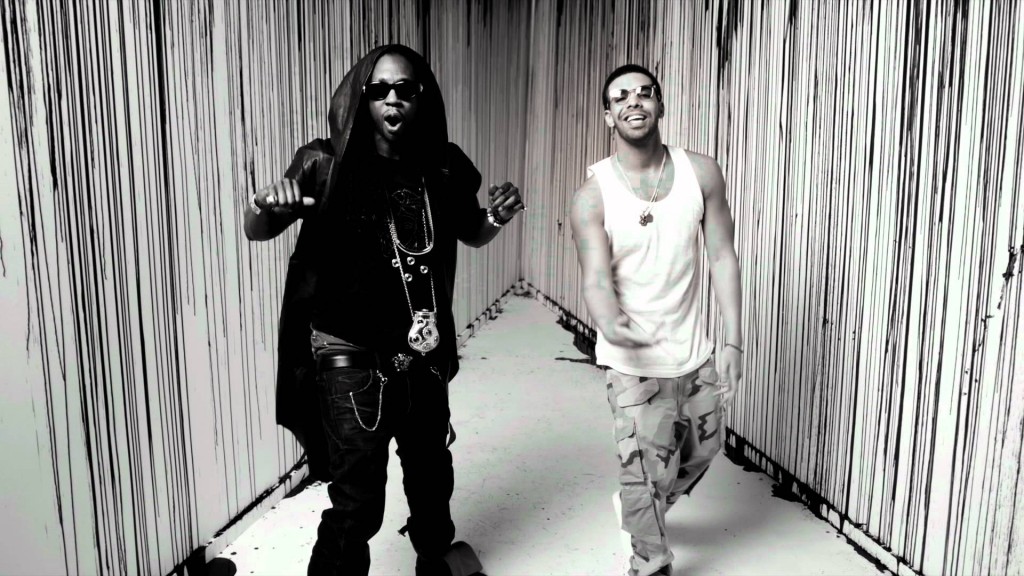 Plus, there are the sentiments he’s expressing about having gotten to where he is all by himself. That’s patently false Drake. I can itemize all the reasons why you’re wrong, but I haven’t brushed my teeth yet and I don’t want to start “hating” before that since the internet says that’s wrong.

I actually like this song, but I was just expecting something bigger sounding – especially after all the singles Drake has lended a hand to over the last 18 months or so. As things stand now, I’d suggest that Drake’s biggest solo hit is still his first real hit “Best I Ever Had” and I kinda think he can do better than that if he wanted to. It really seems that effortless for him in today’s climate. But maybe I should have tempered my expectations when Beige Nigga started talking all that ‘I listen to a lot of Marvin Gaye’s Here, My Dear while I was making this album’ BS. That album was about a divorce and while it’s great, it’s kinda depressing – like a lotta Drake’s shit. But Nasir said the same shit while he was making Life Is Good and he still managed to put his most upbeat foot forward with regards to singles.

Maybe this shit will sound different or better in the car or at a club or whatever, but I’ll be waiting on another single before September 17 gets here. In the meantime, I’ll go listen to those 4 songs he dropped the other night along with EVERYTHING Pharrell has produced in 2013. Dem shits actually catchy.