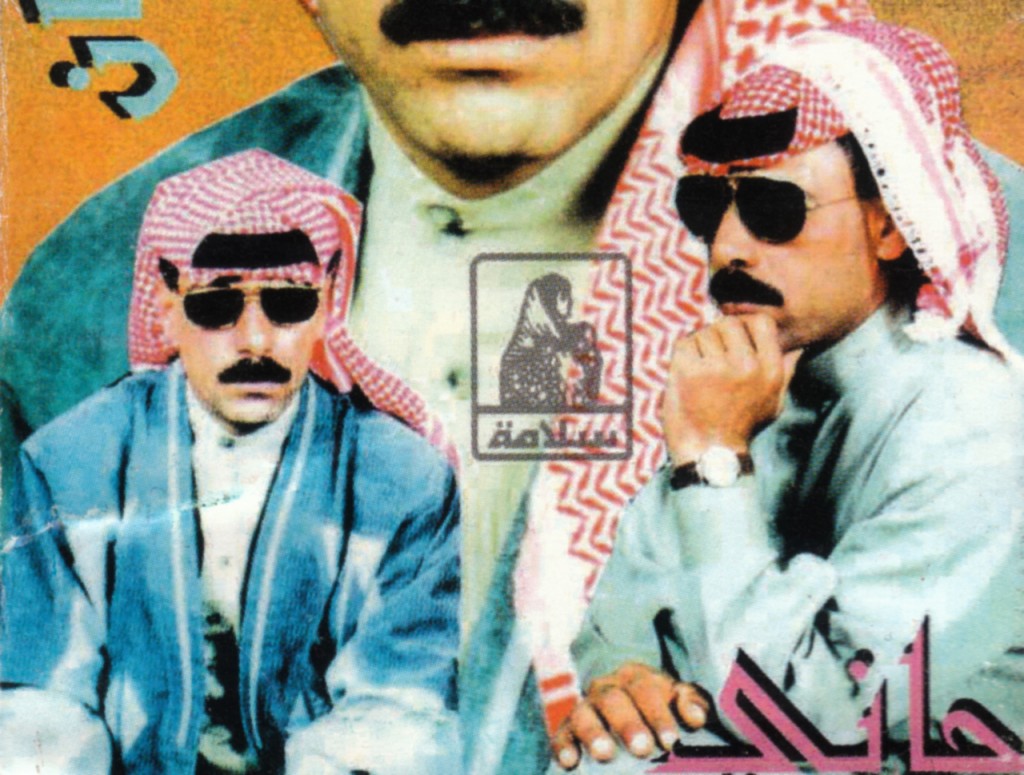 I expected something strange when the news first broke that Syrian singer Omar Souleyman was teaming up with U.K. electronics conjurer Four Tet. Souleyman is a fairly straight-ahead musician—his raspy Arabic folk-pop jams just go, putting groove above all else. While Four Tet has a better ear for texture and mood.

But despite my expectations, it looks like Four Tet is letting Souleyman do his thing thus far. On “Wenu Wenu,” the recently-released lead single and title track off the album—which comes out via Ribbon Music on October 22—the production is slicker and more club-friendly. But all the key elements are there for a classic Souleyman wedding party: pumping kicks, celebratory drum-machine claps, rave-y keyboard hits, and best of all, a rubbery synthesizer line from longtime Souleyman collaborator Rizan Sa’id, that wiggles its way into your memory.

Souleyman’s been gaining popularity in the West for several years now (ever since Sublime Frequencies dropped his amazing 2006 compilation Highway to Hassake), but Wenu Wenu will be the singer’s first studio album of new material. Clearly, the album marks a big step for Souleyman; this partnership with Four Tet is bound to bring him new listeners and boost his solo standing.

Thankfully, there probably won’t be any East-meets-West, “Desert Rose”-style world-beat cheesiness ahead. “Wenu Wenu” may be a little soft around the edges, but it doesn’t pander to Western ears. The lyrics are still in Arabic (though they’ve been helpfully translated into English on the YouTube video above). And the rhythms are still rooted in Arabic “dabke,” a tradition of dance and music that Souleyman has explored (along with Kurdish folk and other sounds) while growing up in Ra’s al-’Ayn, a cosmopolitan city in Syria’s northeast, near the border of Turkey.

More than anything, “Wenu Wenu” feels like a tribute to Souleyman’s beloved and deeply troubled homeland. In the song, Souleyman strikes his usual stance as a lovelorn troubadour, calling out to a woman who’s no longer with him: “How are you doing my treasure? You’re always on my mind.” It’s not a stretch to imagine that the woman is Syria itself, and his words are a reflection on how the country has changed over two devastating years of civil war.

As the daily headlines make clear, Syria has been rocked by war. Government forces have indiscriminately shelled neighborhoods, destroying centuries-old buildings and killing innocent civilians. Some families have been forced to hide out in ancient Roman caves. More than 100,000 people have died, according to the Syrian Observatory for Human Rights, a British organization that tracks casualties in the conflict.

If you go to the Observatory’s Facebook page, you’ll find a daily stream of detailed casualty updates. The posts are usually dry and short on context, but together, they show a country that’s coming apart before the world’s eyes. And in “Wenu Wenu,” you can hear the echo of this deterioration, as Souleyman laments the loss of a love he once knew: “Where is she? Where is she? The one who I loved where is she?”