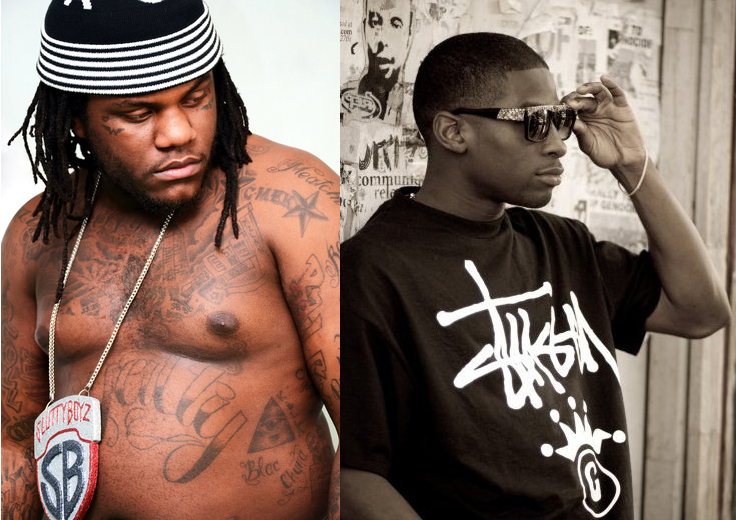 The crosstown classic. Two DC natives rhyming over a classic and doing it justice to boot. Fat Trel crumbling street bromides, Uptown XO flexing his Tupac flow to kick knowledge. Killas meetin killas in the city where younguns killin for pennies. Uptown and downtown (if not literally). The two may not be from wildly different backgrounds, but their approaches are divergent, or at least complementary. Uptown put Trel on blast way back in his Noska Music days, when he’d just started from the bottom. If Uptown is the lyricist who brandishes chrome, Fat Trel is the thug with a penchant for sentences. Together their chemical equation balances perfectly.

The key to spitting convincingly over a legendary beat – “Straight Up Menace” being a prime example – is a kinship with the originator. MC Eiht played hood mentor on Good Kid, but he was wise beyond his years back when he was a 26-year-old Menace II Society. Fat Trel’s similarly world-weary, which gives him the gravitas to not make a fool of himself in this setting. It helps that DC remains a scary site. Hard to sound hard when you’re rapping about something soft.

MMG recently announced that Fat Trel had won the golden ticket to Ricky Rozay’s Ciroc Factory, and that’s something to raise a glass of something better than Ciroc to. That having been said, the house that made Wale has a tendency to smooth out some of its signees’ more interesting qualities. Except Gunplay. Dude is not the type to be smoothed out. Here’s hoping Trel can maintain his balance when Gleesh meets Geechie.

The track comes from DJ Schemes‘ new mixtape Stay Schemin, brought to you by Chinx Drugz and Hanh Solo.