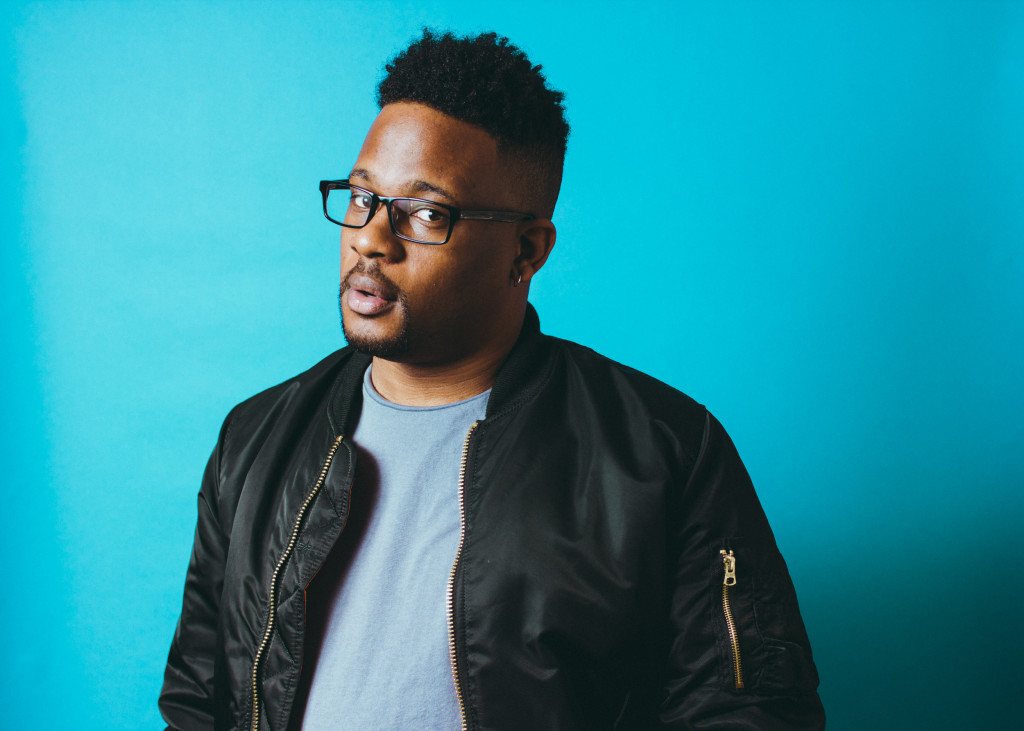 “I keep remembering that the preview audiences, before the critics went, didn’t have anywhere near the amount of trouble understanding what the play was about; that didn’t happen until the critics told them that it was too difficult to understand.” – Edward Albee, 1964

“There are low expectations of people who look like me, people who choose rap music as a form of expression. Maybe that’s due to how rap consumers have been trained to consume. But it bothers me.” – Open Mike Eagle, 2014

Open Mike Eagle isn’t sure you’re going to listen to him. “What I find to be most disappointing is when people don’t make any interpretation at all,” he says from a quiet café in Hollywood. “They see something that’s a little challenging, not easily accessible, and rather than make any attempt to try to put together an understanding, they just dismiss it.” The only time the soft-spoken Eagle—patient and empathetic even at his worst—bristles over my two days with him is when I ask him to “walk me through” a song called “Deathmate Black”. The eleventh track on his new album, Dark Comedy (June 10th; Mello Music Group), “Deathmate” is a cryptic ode to the ethereal connections we share, named after the series of 1993 crossover stories from publishers Image Comics and Valiant Comics. “The way they explained the crossover between the two is that somehow the universe had been split in tow, and they needed to be put back together,” explains Eagle. This is Dark Comedy.

Recorded over the better part of 2013, Dark Comedy is Open Mike Eagle’s fourth proper album, and likely his best. But it wasn’t his first attempt to follow 2012’s 4nml Hsptl. Peering at the finished version’s tracklist on his Macbook, bemused, he traces the process: “It’s funny—there was a time when there was basically an album, finished. I had a themed record that I was working on; I started making a lot of songs for that were downers. The concept itself was inherently sad, and I kept making songs that I liked, but they were skewing a little bit dark. Left to my own devices, I get into this space where I’m writing stuff that falls into a lot of dark areas. There’s a lot that I’m frustrated by. I find it kind of difficult to not go there.” When pressed for what spurred the change in direction, the answer is simple: Hellfyre Club.

Before Hellfyre, though, it might help to go all the way back. Mike Eagle grew up on Chicago’s south side, hitting junior high just as Clinton came into office. He started rapping in high school without pen ever touching paper. “I started rapping in, like, ’96, but I didn’t write a song until 2002”, he recalls. Even then, the first proper track were scribbled necessities for a spot on a live bill. This tooth-cutting embedded the freestyle gene in his DNA, and it would never leave. (Literally; in 2012, Eagle co-authored and participated in a study for the National Institutes of Health on freestyling’s effect on the brain.)

It would prove to be a homing beacon, a road map to where he was always supposed to end up. After a stale year of grad school (“I felt myself falling into this pattern”), Eagle left Southern Illinois University—from which he has a B.A. in Psychology and a homecoming king’s crown—for Los Angeles. As a kid, he had spent summers and breaks here with his father, and as such had already attended numerous nights at Leimert Park’s legendary Project Blowed. But getting a foot in the door was a whole different story. “I got ‘Please pass the mic’ the first time I was there”, he remembers, his face betraying how cutthroat the Blowed was at the time. “I was super nervous. I had never really rapped in front of a room full of rappers.”

It wasn’t long before he figured it out, though. Quickly embedding himself in the roster, Eagle made fast friends with Dumbfoundead and Psychosiz, together forming the group Thirsty Fish. It was from there that he built a rapport with Nocando, the legendary L.A.-bred battle rapper who won Scribble Jam in 2007 and who would go on to start Hellfyre as his own imprint on Alpha Pup Records. Nocan, Eagle, and Busdriver formed the core of the collective, which has been at the center of L.A.’s alternative rap scene for much of the past half-decade.

It was the sessions for Hellfyre Club’s Dorner vs. Tookie album that set the tone for what became Dark Comedy. Long respected as one of the underground’s most forward-thinking writers, Eagle here distinguishes himself as one of the most gripping artists in all of hip-hop. There is no true-school posturing, no othering rhetoric; where any cypher has its share of rappers bitching about mainstream rap, Eagle instead provides an alternative. For someone who claims “The engine of each of these songs is something that bothers me”, Dark Comedy is mercifully free of pedantry and self-pity. The approach is so earnest (and Eagle so naturally charismatic) that when, on “Thirsty Ego Raps”, he proclaims himself “president of the rappers that don’t condone date rape”, your eyes don’t roll.

Perhaps this is because Eagle is so thoroughly entrenched in a variety of grey areas. His W2s might say “independent musician”, but he has an innate pop sensibility. “Very Much Money” and “Jon Lovitz (Fantasy Booking Yarn)” are carried by a nimble singing voice; this vocal dexterity can be credited for making an album with eleven producers sound like a singular vision. Even controlling for the presentation, the Dark Comedy’s ideas are as incisive enough to cut through any worries about the record’s complexity. Broken into component parts, the set is strikingly accessible. The Busdriver-produced “Deathmate” takes some teasing out, and a few other songs (“A History of Modern Dance”, closer “Big Pretty Bridges”) are, as the native Chicagoan described them, “odd birds”. Yet on a micro level, the approach is an uncomplicated one. Eagle’s syntax is clear and purposeful; phrases are never structured unnaturally to serve a rhyme scheme or line up with the hi-hats.

Rather, what makes Dark Comedy such an engrossing listen is the depth of the ideas with which it wrestles. Less than ninety seconds into the record (on “Dark Comedy Morning Show”), he broaches one of the album’s more heady concerns: “Sean already wrote about the modern man/The only other option is the plight of the hologram”. This and other anxieties about our digital lives (Eagle speaks intelligently and at great length about the NSA surveillance controversy; “It validates a really absurd fear, which is a really dangerous thing to do”) occupy a good deal of the 44-minute running time—or at least a good deal of the A-side. “After ‘Idaho’, the album really descends into my psyche”, says Eagle, and he’s right. But the shift inward sidesteps indulgence and remains hyper self-aware; the album ends with a scrawled message from a lonely hotel room in Albuquerque that sounds like a death march but is, at its core, optimistic.

As for “Idaho”, it might be the finest hip-hop song so far in 2014. Borrowing its name from a song on They Might Be Giants member John Linnell’s State Songs (which, in turn, was named for John Lennon’s acid vision of “driving his house to Idaho to keep his family alive”), “Idaho” is a terrified and terrifying transmission from a dark interstate. “Let’s say we’re touring loosely—maybe just me and Milo”, Eagle posits. “We’re just making it happen in a car, booking things on our own. We’ll have a show, maybe there’s an afterparty. Every now and then there’s a spark: ‘We should just start driving to the next town’. It’s a good idea for about ten seconds, then I’m looking around and everybody’s asleep. The song’s about moving on a decision that sounded really good in the moment, then you’re out there, and it’s like, ‘This is nothing like I thought it would be’.” He pauses. “It’s a terrifying song.”

Terrifying as it may be at points, Dark Comedy is a brilliant personal statement, one that asks difficult questions of the artist and his world and isn’t too proud to claw at his own ego for answers. If Mike Eagle is worried about his audience’s eagerness to dig into the project, he needn’t be. Time has a way of giving these matters perspective. When it came time to anthologize his works in 2003, Edward Albee reflected on the utter commercial failure of Tiny Alice, the successor to his massive Who’s Afraid of Virginia Woolf?: “I do not plan out my plays to fit in with either critical bias or commercial safety; nor do I worry that my themes may be difficult or dangerous and my techniques unconventional. I go with what my mind tells me it wants to do, and I take my chances. I think this is better than second-guessing the tastemakers; it gives me freedom for my wisdoms and my follies.” Dark Comedy is full of both wisdom and folly, drawing wit and sincerity from both.