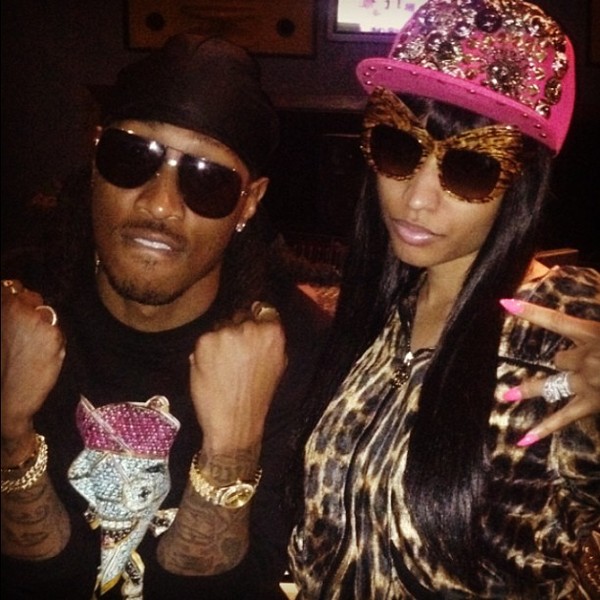 Future has been brushing shoulders with the stars at Club Tropicana for a minute, but he still can’t get love from King George. I needn’t spill any more ink over The Wham Rap – its place in the hip hop history books secured. George Michael was yacht rapping before Young Nayvadius was immaculately conceived, toasting with white cool cats in trilby hats and jet black guys with hip Hi-Fis. When Future reached out for sample clearance on ‘Rock Star’, then, it should come as no surprise that 5 Mic George wanted to keep his legacy intact.

That’s a shame, because this loose cut from the Honest sessions would have been a snug fit for an album that lacks shine. The concept of a Future record not being a top 10 rap album would have been laughable to me at the top of the year, but that’s where we are. As hard as I tried to love it, ‘I Won’ is a sour-tasting ballad, “Sh!t” was inexplicably relegated to the deluxe version and ‘My Momma’ has 100% too much Wiz. Not to mention ‘Never Satisfied’, which Future didn’t even bother to finish. Highlights are aplenty of course, but Pluto this ain’t.

‘Rock Star’ purportedly didn’t make the cut after swiping from the saxtastic ‘Careless Whisper’, even though the sample has been twisted out of recognition by producer DJ Clue – the Ridgley to Future’s Michael. Presumably written in his Hendrix phase, Future instead takes influence from all the worst dudes in rock – one of rap’s most honoured traditions – yet somehow finds his Midas touch. Nicki Minaj comes along for the ride and does what Nicki does. These aren’t her sharpest punchlines, but it’s just nice to hear her over a beat this direct. Meanwhile, Future interpolating curious George’s Whisper flow on the hook is as precious as you imagine it to be. Here’s to hoping Sergio Flores hops on the remix.