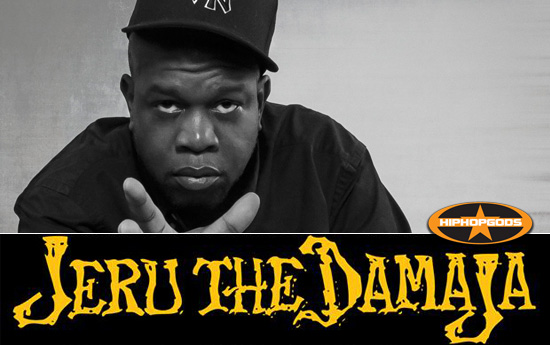 It’s either Anwar Sabreen or the papes

Late nights often lead to impulse purchases. At least for me they do. There’s an allure to the late night internet crawl. This unreasonable combination of interests, desires, and sometimes taboos culminate into a purge-worthy browser history. It’s the digital condition. The “what you do in the dark…” without the coming to the light part. These conditions are a conduit for consumption. And in them, I consume. Philosophy aside, the crawl was in full swing when I came across Jeru the Damaja’s newest EP The Hammer.

I didn’t even know it was out. There was no fanfare to speak of, no videos that I knew of, and the only leak I’d come across was an initially underwhelming Large Professor produced single called “Solar Flares”. When I stumbled onto The Hammer in Amazon’s digital music store curiosity hit me like a spiked bat. This couldn’t possibly be good. For a lot of us, the buck stopped at Wrath of the Math. It goes without much convincing that Premier’s beatsmithing is mighty healthy on Jeru’s first two LPs. And while a hardcore base has keep Jeru touring and releasing music post-Gang Starr Foundation’s peak period, there hasn’t been a well produced, focused record from the Dirty Rotten Scoundrel since 1996. Not until this dark horse entered the race.

The production on The Hammer has an unorthodoxy about it, but is also deceptively modern in it’s approach. The drums all slap. The patterns are tight and well syncopated. Basslines and 808s thump like The Tunnel in the mid 90’s, but everything is crisp and well mixed. Sampled phrases pop in and out, meshing seamlessly from track to track. Jeru himself sounds rejuvenated. Outside of a few underwhelming lines, every song finds The Sun Toucher spitting with urgency and punch. He sounds like a man with conviction. The aforementioned “Solar Flares”, when in sequence, is not only essential to this body of work, it’s more enjoyable. This isn’t the kind of project that lends itself to cherry picking. The only genuinely limp moments are the painfully cheesy “Attack The Wack” and “Dr. Freedman” skits; these skits only attack the pacing of this ep.

Coming in below $4 at Amazon digital, its hard to justify not supporting an independently released Jeru The Damaja project, especially when we purchase any combination of tag-you’re-it artist with packed tour schedules and $60,000 show fees. Four bucks isn’t even a drop in the pale where quality is concerned. Jeru may have stumbled onto the blueprint to transitioning out of waning 90’s notoriety, and into natural modern progression. There are a lot of rappers, old and new, that could benefit from a peek at that cheat sheet.