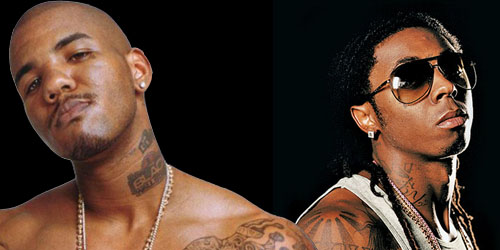 Maybe it’s because I’m convalescing on a Saturday night , as weary as Weezy’s hook, or maybe it’s my time-tested affinity for gangster melancholia, but right now, I’m ready to go with “My Life” as my pick for the best rap single to see radio play in ’08. I’ve always found the auto-tune craze largely an unoriginal device generally used by Roger Troutman-aping artists eager to mask an inherent lack of charisma (salutations, T-Pain). But of late, both Kanye (“Put It On,”) and Wayne (“My Life,”) have successfully transcended its cheap schtick, making it less about “Hey, Now I Can Sound Like A Robot,” and more about how to utilize it for extreme emotional resonance.

Right now, I prefer the LP version to the original leak for the slightly more universalist message Game tacks on, sneering, “Fuck Jesse Jackson. It’s not about race now.” What I love about this song is that you don’t have to grow up in the hood to appreciate Game’s story. It’s about more than just simply geography or simply poverty, it’s about a sense of struggle and how to approach distant dreams with a tireless and triumphalist attitude. Though, god knows we didn’t need another “I was listening to The Chronic” name-drop from Jayceon Taylor.