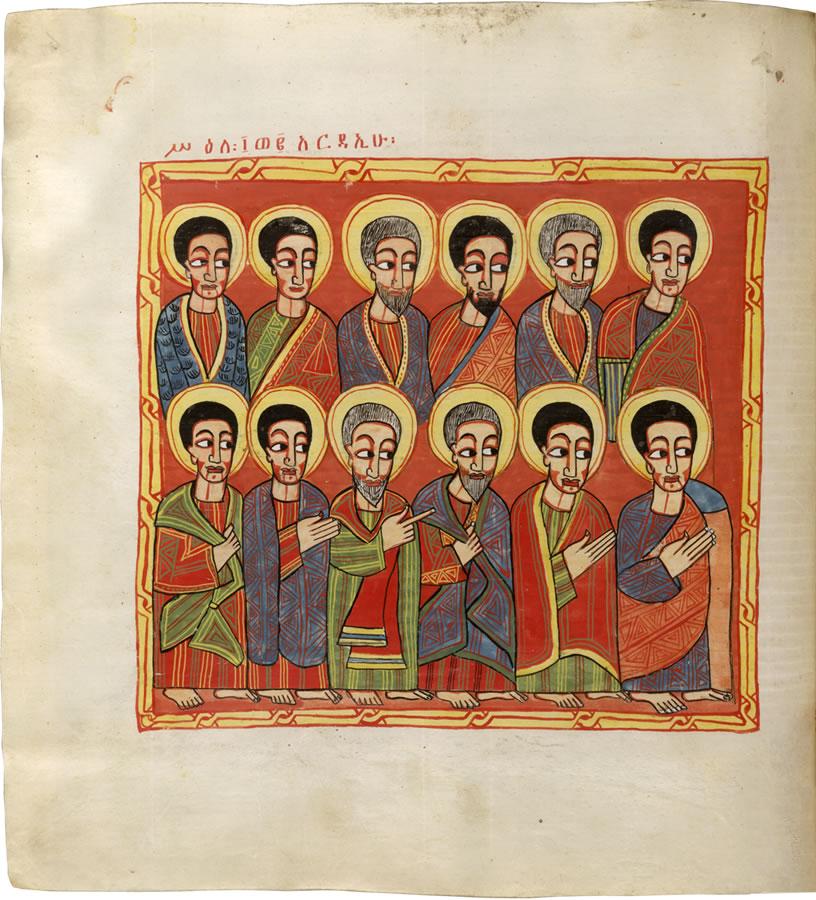 I strolled through the books of Job to unfold and open bibles/ instead of hopin’ on revivals. 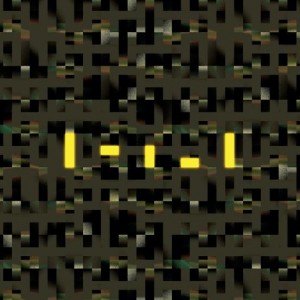 This wasn’t supposed to happen–what with Internet-era Jeremiahs prophesizing the demise of regionalism and the end of localized movements.  Steve Goodman and company intuitively understood that change could come from keeping your head down and your spliffs lit, cooking up the medicine in basements from London to Los Angeles. This is the kief collected from rave, jungle, and Kingston dub, pure THC sparked quietly, outrageously, to enthrall everyone from Chicago house-heads to novitiates eager to have their woebegone teenage existences righted.  The typhoid Mary’s are all here: from older gods Kode 9 and The Bug, to prime-time headliners Flying Lotus and Burial, to next-gen sensations, Darkstar and Joker. Every region with its own dialect. Not only does 5 radiate from the energy already exploded, it provides a step-by-step guide of how to procure the next atoms to split. 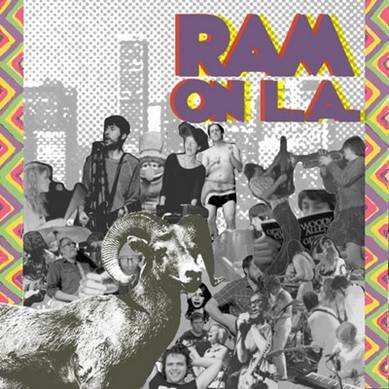 Tired of the short shrift given to the slept-on Silverlake scene, Justin “Aquarium Drunkard,”  wanted to create compilation to splash people with cold water. Quickly realizing he needed a unifying theme, he noticed that Paul McCartney’s 1971 solo opus, Ram, repeatedly emerged as a touch-stone for local Eastside artists, and he decided to go the cover route. Ram on L.A.’s appeal is partially limited to early McCartney solo enthusiasts, and the weedheads who worship him. But local favorites The Broken West, The Parson Redheads, Le Switch, Radar Bros. Bodies of Water, and Earlimart, nail their respective assignments to create a project more solid than Paul’s brain matter when he was writing the lyrics. Ram on. 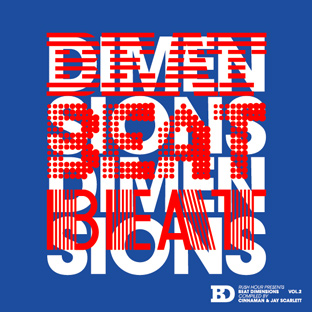 Those calling the coroner on the breathing but bloated body of hip-hop ought to have pointed out that half the reason for the genre’s languor is the relative absence of visionary producers. Few if any of the beatmakers enlisted by flying Dutchmen Cinnaman and Jay Scarlett, didn’t have their synapses first fried by Dre, Timbaland and The Neptunes, but somewhere along the way, the goal posts got shifted. Instead, we have Beat Dimensions Vol.2, with LA beat behemoths (Mono/Poly, Nosaj Thing, Samiyam, Ras G) leading the way, but by no means the sole attraction. The alternate route traced through Glasgow (Mike Slott), Vienna (Dorian Concept), Karachi (Dalt Wisney), and everywhere else you might find Carmen San Diego. Rappers who share the concerns of Uncle L and “need a beat,” would be well served to discover these dudes’ digits.

The Whitefield Brothers – In The Raw [Now-Again] 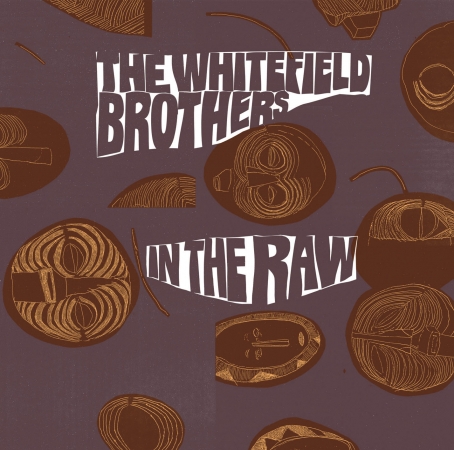 In The Raw had been a sought-after collector’s item since shortly after its release on Soul Free in 2001. With Daptone chieftain, Gabe Roth, on bass and Leon Michels of the El Michels Affair arranging horns and playing sax and flute, The Whitefields created one of the seminal works of the neo-soul sound. Before Amy Winehouse was robbing Sharon Jones of her backing band, there was this: break-beat heavy, afro-beat influenced funk from a pair of brothers from Munich trying to channel The Meters and doing far better than they had any right to, Dirty and raw–Russell Jones would’ve approved. 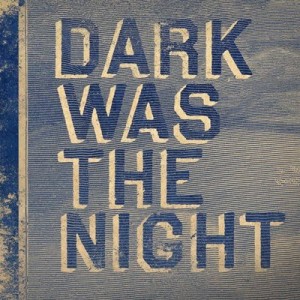 Granted, it can’t match the immediacy of the Rza’s conspiracy-mongering and tales about his friend Chuck, who was “down to fuck everything from exotic bitches to ugly ducks, but Dark Was the Night, as compiled by the Dessner brothers of The National, constitutes a veritable who’s who of contemporary indie. Nor should that scare off those who are afraid of the black coffee-sipping and bearded. The choices are stellar: My Morning Jacket, Sharon Jones, Andrew Bird, Grizzly Bear, David Byrne, and basically everyone who else who might inhabit an NPR wet dream (only consummated if it’s target donation is met). The performances are inspired. This is the rare charity product that doesn’t seem perfunctory, though it could use a few unsubstantiated claims about government malevolence, just to spice things up. 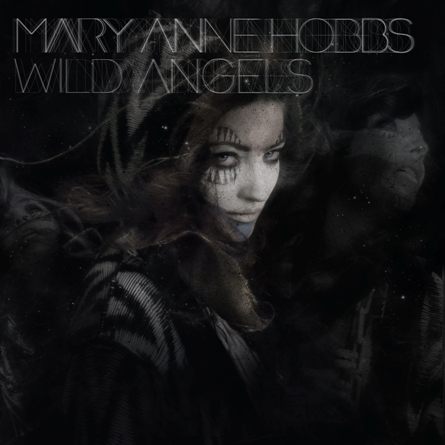 Consider this the year’s nicest thank-you gift. Mary Anne Hobbs, BBC 1Xtra radio host, and arguably the preeminent bird dog of the greater bass music scene, enlists some of its finest talent around for her third compilation. Whereas Warrior Dubz broke dubstep and her sophomore effort Evangeline angled a bit more across the Atlantic, Wild Angels illustrates how the Internet has created a world of instant inspiration, in which producers across the globe attempt to top their peers with each easily obtainable BBC stream. This is a collection of imagistic and interstellar flights. Headphones on, tendrils of smoke splitting the air…weightless, lightless float music. Light up. 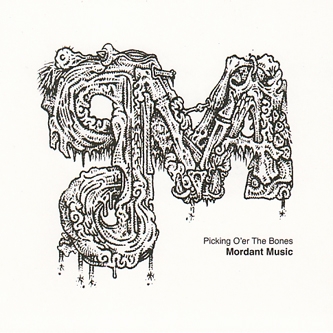 While dubstep pioneer Shackleton has rightfully seen his share of plaudits for his stunning 3 Ep’s,  those intrigued by the stutter-step drum would be well-served to scoop Picking O’er The Bones, a collection of the Berlin-based producer’s early work. Along with tracks from Mordant Music and Vindicatrix, the album is eerie and as conducive to cold weather as the arctic explorer Shackleton derived his name from.  The sort of thing where extending listening feels like you’re being exposed to the elements.