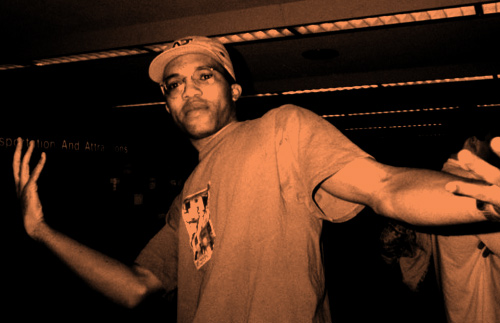 If any weed dispensary owners are reading this, both Frank&Beats and Passion of the Weiss are accepting sponsorships.

Since Benji B replaced longtime favorite Mary Anne Hobbs with his new program last year, he’s already given us some memorable mixes from Jamie xx and Darkstar. Turning his focus to Los Angeles artists J.Rocc and Flying Lotus this month, he’s starting the year off strong and the show looks to finally be assuming a life of its own. J.Rocc kicked things off last night with a new Black Star track produced by Madlib, a new Guilty Simpson track, and of course an obscure collection of master reels, and jazz and funk tracks. Seeing him and Madlib just a few weeks ago at a Christmas party for a local weed dispensary (this is my reality) really hammered home just how great of a DJ J.Rocc really is, and the songs from his upcoming LP previewed on Benji B’s show off his not-as-often heard skills as a producer.

Explaining in the interview prior to his mix, his debut album, Some Cold Rock Stuf, has been in the works for years and courtesy of Stones Throw, we’ll finally be able to hear it in 2011. What’s revealing about the interview though is his obsession with collecting master reels from original recording sessions from people like Isaac Hayes and Willie Hutch and sampling them in his music. How in the world you get approval to sample people like that is still beyond me, but the way he does it is so subtle, you’d hardly notice unless he pointed it out. Though he was way more subdued when I saw him, his colorful personality is on full display in this BBC interview and it’s really a great introduction for listeners who aren’t too familiar with the Beat Junkie veteran.

It’d be difficult to end this post without a “holy shit” at the thought of new Black Star track produced by Madlib though. One can only hope the underground hip-hop gods of the late 90s and early aughts smile upon us this year and we get returns to form from Black Star and Madvillain. With such a huge feature from J.Rocc this week, it’ll be difficult for Flying Lotus to top it next Wednesday, but since it’s a Brainfeeder showcase supposedly featuring guest mixes from Teebs, Tokimonsta and Samiyam, I have a feeling we’re in pretty good hands from here on out.