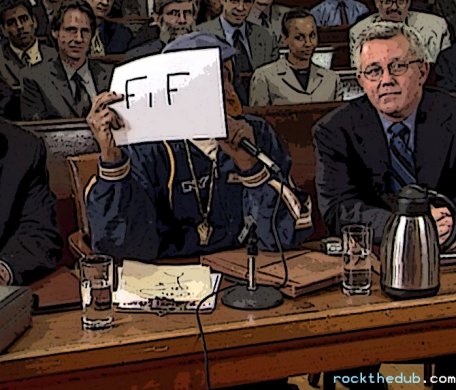 Immense respect due to Rock the Dub for surviving a half-decade in the indigent wasteland that is the independent Internet world. Ask any blogger who doesn’t collect a bi-weekly check from some corporate benefactor: scrounging for interesting content, posting multiple times a day, and attempting to say anything remotely insightful is harder than sitting through a Lil Twist record. You have to put aside paid work, social responsibilities, and stay sane every morning when you wake up to enough promo e-mails to make a postal service job seem cushy (no Gibbard).

Through it all, RTD has emerged as one of the best blogs extant. They don’t clog your RSS with tossed off MP3’s from the same six rappers. They discover new talent before anyone else and Khal covers bass music with equal facility, posting the latest BBC1 programs and dubstep tracks before any other American site that I can think of. In celebration of this milestone, he’s compiled a mix of RTD favorites including Zilla Rocca, Curly Castro, Elucid, and DJ Vadim.  If every blog shared RTD’s sense of open-mindedness, independent thought, and generosity, the rap Internet would be a much better place. Here’s to five more years.

Tracklist below the jump.