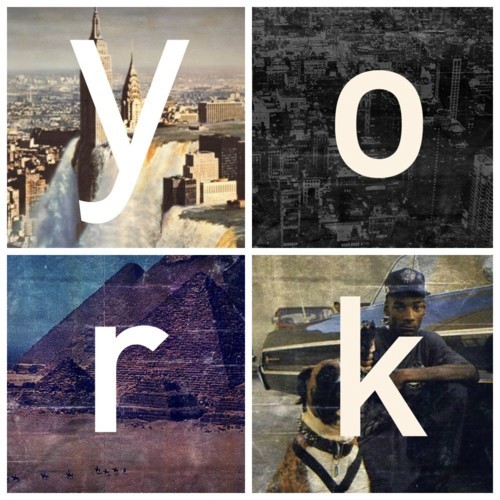 This is the first contribution from Tosten Burks. It will not be the last.

When you debut with (near) perfection, what happens next?

This question is Nas’s career. No matter how highly you revere Stillmatic or any of his other post-Illmatic works, Nasir Jones’s legacy will always be a tale of an artist beating on (quite brilliantly) in the shadow of a first chapter that left such a legacy.

But what if the first-act-classic doesn’t create a star career?

Below the Heavens may stand over all of Blu’s work as an imposing memory and a probably unreachable standard, but it has resisted being considered a consensus CLASSIC, most likely because millions less people know Blu than know Nas. Fans long for another BTH, but they don’t demand it, partly because it’s hard to make demands to someone you only see in “Best-Albums-of…” lists and the occasional blog cycle.

Let’s be honest, Blu has not produced another BTH. But what makes the young underground sage’s career so interesting, and so different from Nas, is how little regard he has for careerism — how content he has been at exploring his craft, even as onlookers point out that nothing better has happened since he linked with Exile in 2007.

Despite the Warner Bros. deal, Blu’s music indicates his desire to stay dense and subterranean. It follows a trend that dates back to his early years — the deal with Los Angeles indie label Sound in Color over the interest from Interscope and Death Row. Blu seemingly retains the desire to be in control of his artistry, with relatively little pressure to do anything but what he wants to do.

And so, we have gotten niche works like the clean, soul-laced, inoffensive Johnson&Jonson project with producer Mainframe and HerFavoriteColo(u)r, a weird collection of subtle, pretty songs sharing space with movie clips played on top of subtle, pretty instrumentals — an album that plays like a peek into one stoned-ass night of music-making and the Netflix shuffle that inspired it all.

And now, we have No York, the would-be Warner Brothers release, an LP that could not be further from Below the Heavens.

It’s an ambitiously electronic album, a progressive piggyback on the experimental laptop-rap movement led by Flying Lotus and the Low End Theory (FlyLo actually produces many of the songs on the LP). It’s dissonance is a far cry from the beautiful, lush boom-bap of “My World Is…”

It’s a challenging listen. The lead single “My Sunshine” is the only thing that resembles anything you’ve heard before. There are noticeable influences of course; both the opener, “Doing Nothing,” and the closer, “Doing Something,” which is a posse cut on the same beat, are on some straight new-era Neptunes shit, a “Mr. Me Too” fleshed out with three times as many ideas, all of which sound like they’re from the future. “Jazz Men” grabs classic east coast sounds and bounces them all over the place, the end result sounding like if Chuck Inglish had a coked-out kung fu movie night with RZA.

Not everything works. “Everything OK,” sounds like some kind of unpleasant video game disco rap. “Slingbngrs!” is overbearing. But at it’s best, No York is revelatory, with Blu and his collaborators spitting inspired bars like leaders of a hip hop revolution that sounds like what 22nd century gangbangers will bump in their murdered-out hover-Impalas.

Blu delivers the mission statement of that revolution on “Never Be the Same,” the album’s best track: “But I’m saying/the game need to/get a make-o/everything they play just the same ol’, same ol.” This is a very interesting theme given that Blu’s rise to prominence came all because BTH was a refreshed, invigorated version of “the same ol, same ol” grooves of hip hop’s looped sample era.

But that’s the genius of Blu’s progression as an artist. He started with a classic and never tried to pan twice in the same part of the river. In fact, Blu hasn’t even bothered looking for gold again. With No York, he mines for some other-planet unobtainium shit.

“I scribble, all out of line, when I drew up a self portrait/ran all out of space and found myself in another orbit,” Blu says on the album’s penultimate track, “Keep Pushing.” It is the perfect description of Blu’s journey to blatantly not keep searching for perfection. It is also the answer to the question.

Blu shows that the most compelling music comes when an artist strives not for self-refinement and self-perfection, but self-exploration. After creating greatness, don’t try to create greatness again, redefine greatness.

No York may or may not be a great album. That depends on your ability to stomach bloopity spaceship sounds. But it should be lauded for Blu’s inspired devotion to push onward, even when his best work may be in the rear-view mirror.