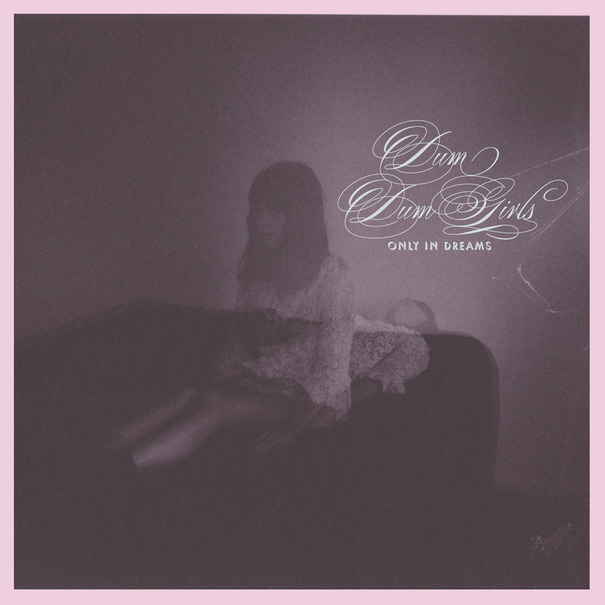 Douglas Martin once went by the name Ray Ray Nickel.

Dee Dee Penny is nowhere near as divisive as she could be.

She’s the rare musician in indie rock to seemingly have it all. The unfettered admiration of the lo-fi/garage sticker set and the intrigued curiosity of mainstream-alternative media. She’s an outstanding curator of influences (The Vaselines, The Jesus and Mary Chain), talent (Dum Dum Girls’ self-titled EP was a game-changer for “girl-group punk” bands of the last half-decade years), and fashion (strict dress code of all-black everything, down to the tights, has seen almost as many teenage style imitators as The Strokes in 2001).

Last year, indie heavyweight Sub Pop put out Dum Dum Girls‘ I Will Be— one of the most touted and acclaimed rock records of the year– establishing frontwoman Dee Dee (government name: Kristen Gundred) as one of the best ascendant songwriting talents extant, graduating from blogger internet crush to glowing reviews in Spin and Rolling Stone. The something tragic happened and it sent Dee Dee’s life over the rails.

Between the release of I Will Be and Only in Dreams, her mother (who graced the cover of her debut album and self-titled EP) passed away. Accordingly, the shuddering of loss is marked all over Only in Dreams, even specifically referred to on closer and album highlight “Hold Your Hand”. On the better parts of the album, Dee Dee rustles between her sheets, weeps into her pillow, and throws on her shades to combat that blinding glow coming from the end of the tunnel.

The album is loaded with references to slumber, dreaming, pillows, beds, bedrooms– it would make for one hell of a Sominex commercial. But there’s another common thread coursing through the album that has nothing to do with death or sleep, whether it’s in the literal or eternal sense. Namely, Only in Dreams has the consistent feeling of being generic, in the album’s sound (the “blissed-out buzzsaw” that Dee Dee described her earlier work as is replaced by mild Pretenders worship) and lyrics (their total lack of obliqueness shooting right past the target of being “universal” and hitting the broad side of “uninspired”). If you tried to play a drinking game where you took a shot for correctly guessing the predictable end rhymes after each couplet, the odds would be strongly in favor of your being shitfaced by the end of Side One.

Vocally, Dee Dee remains one of the more powerful, expressive singers in indie-rock today, but it’s kind of odd how the improved recording quality renders her voice eerily close to that of Neko Case. That is not meant to be a slight in the least: Case is one of the top-shelf singing talents in guitar music today, a woman whose voice can soothe you to sleep as easily as it could strip the topcoat of paint off of a pickup truck.

On “Coming Down” (which cops the chord progression of alt-rock classic ballad “Fade Into You”), Dee Dee uses the power in her voice to provide the album’s most climactic moment. But that’s where the disappointment rears its head again. Whereas Case bolsters her impressive vocals with her gift of observation and narrative flair, Dee Dee’s voice feels like a squandered opportunity to use it to say something profound about the year she’s had instead of just spouting generalities.

Of course, coming from somebody who sleeps to the sound of tape machines whirring off the handle– this could sound like I’m jumping off the bandwagon right as it pulls into the mainstream. But the fact is that Dum Dum Girls were never meant to be gauzey and vibe-heavy; their songs come from a songwriter who is really good at what she does. “Jail La La,” the band’s most popular song to date, had Dee Dee waking up in jail not knowing how she got there, next to a woman “covered in shit and high as a kite.” It was an endlessly enjoyable, a songwriting fear not matched one on Only in Dreams.

But while we’re faced with the idea of Dee Dee sanding (and dulling) the edges, there’s also a newer, broader audience who are just being introduced to her music. In an age where lyrical obscurity is being replaced by simplicity, where career obscurity is being replaced by the bright lights of search engines– where nearly every band is on the same playing field, popularity-wise– maybe Dee Dee and her girls are looking for something critical acclaim can’t get them. Maybe they’re trying to engender themselves to something outside of the world of arch and witty undergrads; maybe they want to write songs that the 15-year-old girls wearing black sunglasses, black dresses, and black tights won’t need a few extra years and several thousand dollars tuition to understand.

And while such a thing is admirable, you have to wonder what the point in mass-appeal is, especially when it virtually erases most everything that made you special in the first place. You have to wonder what Dum Dum Girls think they’re adding to the vast expanse of music by being more like bands who already exist.