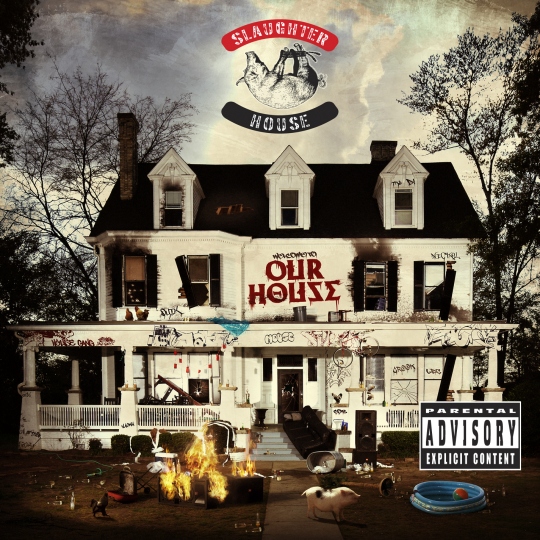 Doc Zeus welcomes you to Fall.

“Lyricism” gets a bad rap these days. You may also know it as “lyrical ass lyricism,” “rappity rapping,” and “that boring stuff between all the adlibs.” But when practiced properly by a licensed professional, pure lyricism can be as thrilling and integral to popular music as a hot beat or industry co-signs. Think of the acute attention to detail in an Action Bronson song or the verbal dexterity displayed when Roc Marciano gets rolling.

Certain contrarians are quick to suggest that rapping well for rapping’s sake is an outdated mode of expression in hip hop that needs to be sent out to pasture like African medallions and Scott Storch. However, this ignores the intrinsic idea that rap music is built upon the spoken word and no matter how the genre evolves and expands into new artistic territories, rapping well will always be a valued and integral part of the culture. One only needs to witness the overwhelming positive reaction that Life Is Good received from the public this summer to understand how much it meant to the fans to see the greatest lyricist of all time return to what he’s best at. Lyrics still and will always matter. This is hip hop.

Terrible lyricism is a whole different story and “HOLY FUCKING SHIT, YOU GUYS” is Slaughterhouse terrible at what they do. The group’s latest album, “Welcome To: Our House,” is a shockingly inept tour de farce of bad ideas, inane punchlines and embarrassingly overt commercial concessions — especially for a group whose entire mythology is built upon the premise they are four elite lyricists joining forces to take on the industry that’s denied them their success.

Slaughterhouse are a “super group” in which every member of the team is Booster Gold and the only super power they possess is the power of piss-poor sport puns. If you were wondering what a tag team of Aquaman, Snarf from Thundercats, the Blue Power Ranger and Ringo Starr would sound like if they made music, this is the group for you.

Let’s start with the most obvious gripe. As solo acts, Joe Budden, Crooked I, Joell Ortiz and Royce Da 5’9, have built a reputation as artists too dogmatically lyrical to connect with popular audiences. Common thinking suggests the biggest factor that’s kept them from storming the pop charts is the group’s fierce adherence to 90s hardcore traditionalism. They say they are just too damn real for the pop charts. So what do they do to combat this notion? Sign with Eminem and produce some of the most hideous attempts to crossover this side of a Lady Gaga single. (Pour one out for Kendrick, man…)

Interscope Records has this particular nasty habit of sucking the originality out of their prey like fun-eating chupacabra only to replace their dried husks with a homogenous package of Wale. You can easily list the stock commercial concessions Slaughterhouse made for this record in order to convince (I don’t know?) teenage girls…boys…Paramore fans… (who fucking knows…) to buy this record. There are moronic strip club anthems (“Throw That”) and repetitive Swizz Beatz hooks (“Throw It Away”). For those partial to the ignorant side of life. Eminem shows up a couple of times to embarrass your ass for ever buying “The Slim Shady LP” when you were in the fourth grade. At one point, Cee-Lo shows up to briefly turn the album into a goddamn Flo Rida record. Everything about this is a mess.

I mean… FUCK! Do you like Skylar Grey, Slaughterhouse fans? Well, the woman behind every single rap song you have hated the last three years is all over the place. There are rock hooks upon rock hooks upon sweeping majestic rock hooks and it’s yes, a remarkably cynical accomplishment. The conceit that a pack of thirty-something street rappers more comfortable rhyming over DJ Premier than sampling Paramore would want a Manic Pixie Dream Girl to histrionically wail all over “Enta Da Stage” is just laughably ludicrous. You can smell the crackling bullshit wafting from Jimmy Iovine’s office all the way to the Mathers Estate in suburban Michigan.

All of that crass commercialism would be remarkably more tolerable if it were executed with a sliver of wit or artfulness, but the truth is that for a group of rappers that rely on their reputation as lyricists, they are incredibly pedestrian writers. Hook writing has always been perceived as their big weakness, but where Slaughterhouse is supposed to excel is in the artistry of their lyrics and from a distance it can certainly appear that way. The group definitely displays a certain technical mastery that appears virtuosic. It’s rare thing in a Royce Da 5’9 verse if his flow is off-beat or a single word is out of place. Budden, Ortiz and Crooked I are all seasoned technicians as well. The problem the substance behind the technique: these guys are as stark raving naked as Palpatine in a Bacta Tank.

There’s a particular strain of rapper that came of age in the late 1990s that were influenced by the rise of the battle rap scene. They believe that being a great lyricist is being a master punchline artist. It’s if the entire poetry of rap lyricism – symbolism, diction, use of metaphor and simile, attention to detail and the evocation of mood and emotion – can be reduced to a series of jokey one-liners. You half expect listening to an artist like Fabolous or Pusha T that their punchlines be accompanied by the crash of cymbal and drum roll as an indication of where the audience should laugh.

Occasionally, this style can produce thrilling work like the early freestyles of Eminem or some of the classic material produced on Rawkus Records, but rarely is this style cohesive enough to make a strong record. If you’ve ever asked yourself why an artist can write a hot sixteen on a guest verse but consistently fail to write a classic song or album, that’s your answer. Of course, Slaughterhouse are guiltier of falling into this trap. than most. All they have is jokes.

Unfortunately, Welcome To: Our House suffers from some of the most inane punchlines this side of the Best Buy Papoose is selling his tapes in front of. Perhaps it’s a lack of creative energy after years of writing bars in relative anonymity and they are simply sapped out creativity, but everything just falls laughably flat.

Pop Quiz! Which one of these punchlines are not featured on the album?
1. “Brain in the college in Philly, call that Temple”
2. “On blue boys and ‘shrooms, now the club is Smurf Village”
3. “Come, come, get this money from me, I don’t want it, honey/I don’t make it rain, I make it snow, bunny”
4. “Her pussy hotter than a chilli pepper/I tell her lay down and give it away, give it away now”

You’ve seen this trope before. Of course, it’s a trick question. These groaners are only a sampling of the level of writing that permeates this record. You can’t help but roll your eyes at every other bar. When the group does attempt to get more traditionally poetic in their writing like on “Rescue Me”, their lyricism lacks emotion and depth to truly sell it. None of it works because their writing is so traditionally shallow.

There are two moments on the album that are metaphors for exactly why this record fails in nearly every conceivable way. The album opens with sounds of a rap cipher where an ostensibly wack rapper is performing on stage when the boys kidnap and torture this poor unfortunate soul with a chain saw — undoubtedly for crimes against the art of emceeing. This is compounded by the hilariously ironic last song on the album, “Our Way,” in which the boys inexplicably congratulate themselves on not conforming to the industry standard and beating the system on their own. Never mind we just spent an hour listening to the boys rhyme over Skylar Grey hooks and Italian dance pop production, it’s time to cue the Frank Sinatra.

These moments highlight how much the group believes their own hype. They believe they are the struggling artists they were when they each first came into the the industry years and years ago. That no matter what has happened, they are the idealistic, hungry young kids when they first appeared on “Bad Meets Evil” or “Pump It Up” or signed with Suge. Maybe we got it wrong. They aren’t a super group because they are a group of washed out industry has-beens. They are a super group because they are powered by their own self delusion.