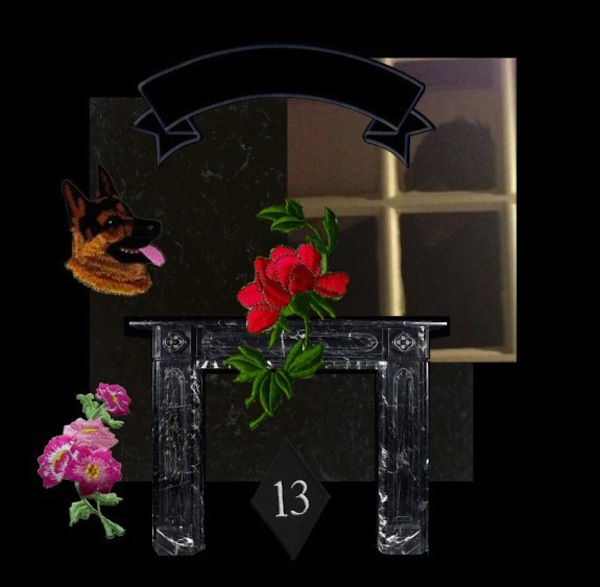 Chris Daly doesn’t need any more baby-making music, but he will gladly accept it.

Ghost in the Machine generally refers to one of a few things. The more scholastic might read it as British philosopher Gilbert Ryle’s refutation of René Descartes’ mind-body dualism. The Sting-inclined might process it as the Police’s fourth album that offered up “Invisible Girl.”  But on Laid Out, Shlohmo, the avatar of L.A.’s WeDidIt Collective, throws an entirely new definition into the mix — capturing the voices and spirits of haunted machinery and the the technology that surrounds it.

As he did with 2011’s Places, Shlohmo’s latest EP plays best in a one-sitting, one-listening setting. As with its predecessor, it stems from his songs’ ability to flow almost seamlessly from one to the next. It’s probably fair to contextualize the tracks as variations on a singular theme. The question naturally becomes, so what’s that theme? And it appears that the young beat deconstructor is striving towards a slightly more accessible sound while maintaining the grit that defined his sound from day one.

While Shlohmo’s path has diverged widely across numerous remixes and EPs, Laid Out is his deepest foray into electronic R&B yet. I’ve heard numerous references to a decidedly Prince-like vibe here, and I can’t argue. This is the album inner city (and suburban) kids should put on when they are ready to get some. The album’s stand-out track, “Later,” comes fairly close to Camille-era Prince (back when His Royal Badness was most heavily into vocal manipulation) — though the missing references to water, dogs, sex and God are noticeably absent. Chopped, screwed and distorted to its furthest reaches, Shlo moturns the vocal track into the aural equivalent of the Artist Formerly Known As the Artist Formerly Known As shredding strings for girls with questionable masturbatory habits who hang out in hotel lobbies.

And that’s how most of the album plays out. “Put It” is the post-coital response to “Later,” and “Without” is an appropriate pillow-talk, album closer. Opener, “Don’t Say No,” featuring the talents of How To Dress Well, also is strangely purple, all synths, vibrato and falsetto. And “Out of Hand” works as much needed foreplay in the middle. And thus, it all comes back to footwear.

There are those of us who will fall to the mechanical stomps of our imminent robotic overlords, and there will be those who are spared as playthings. Let’s face it, robots will need raves just as much as the next sentient, and somebody is going to have to DJ those parties. With his growing mastery blending sludge-laced electronica with post-R&B funk, Shlohmo might just be the man for the job.