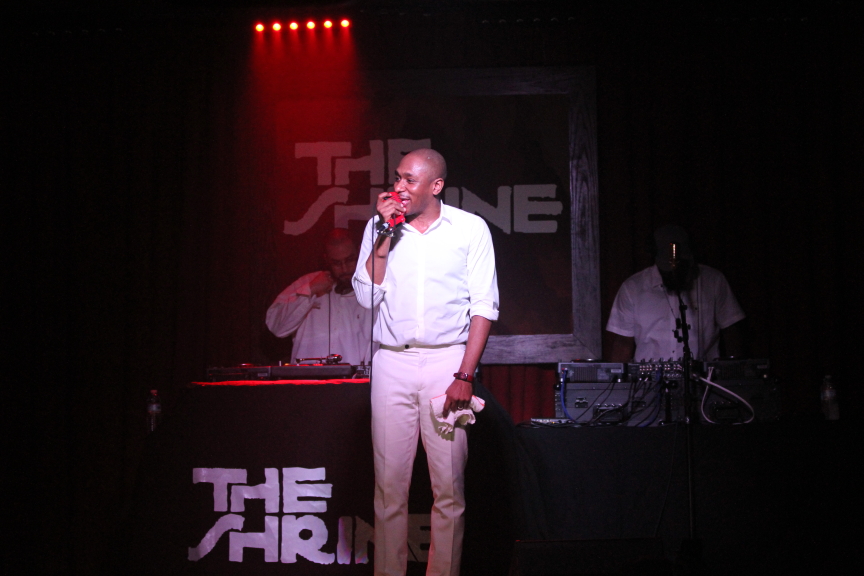 If most rap artists still make their bread and butter through touring and stage performances, as Harold Stallworth stated last week in an article for this site, it serves us well to wonder: what are the factors that make for a great rap show? I’m talking here about the few tried and true elements of a performance that will win over audiences every time. The things that will help build (or in some cases, preserve) an emcee’s reputation as a legitimate artist. Whatever it is, Slick Rick clearly didn’t have it. That shit sounded awful.

Over the past few rap shows I’ve been to, I’ve been able to whittle down the list of rap show essentials to exactly two: skill and discipline. The former ingredient needs little explanation. Yet while dexterity on the mic is something that easily translates to record, it’s clearly not enough to make a performance. Discipline, on the other hand, is what helps skill translate to success. Discipline is the ability to execute one’s craft impeccably, from start to finish, each and every time. It’s what Charles Barkley says a college team needs to win an NCAA title. It’s how Obama reigned in 2008. It’s what Beyonce has. And what Rihanna doesn’t.

Last week, Mos Def, alternately known as Yasiin Bey, showed a whole lot of skill and too little discipline when he came to Chicago for a highly anticipated show at The Shrine. This intimate club – known for its mahogany and bottle service – was packed, which is a testament to Def’s reputation, considering he previously played the Shrine a mere five months earlier. And hopes were high when, after waiting for a solid two hours, the crowd saw the curtain lift to unveil Mos, smiling, dressed in all white, displaying his own patent kind of charming, worldly swag.

Bey demonstrated his raw skill on the mic almost immediately, choosing anthem-like cuts from The Ecstatic to open up the show. Those fast eighth-note syllables that he spits through the meandering verses of “Casa Bey” are devastating live. They eventually make way to the second half groove of the song, when Mos repeats the refrain “You can’t stop my go, been born to be who I am, bright light from a distant star” in a mystifying and soulful circularity. 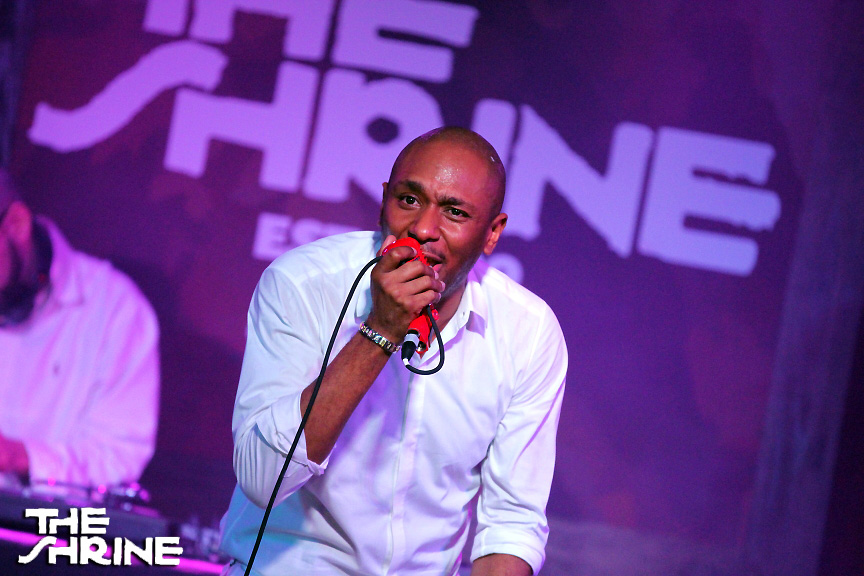 I’d like to think that “Casa Bey” is the album closer on The Ecstatic for a reason. Mos pretty much rides out the groove of the track. It eventually fades to a wash of piano, which ends sixteen tracks of found sounds, deep crate cuts, and free flowing lyricism that is the best work of his career. (Yes, I put it above Black on Both Sides.) But the fact that “Casa Bey” was chosen to open up the show was immediately questionable to me. As Barkley would put it in B-ball terms, how could Bey “control the tempo” after such a start? After all, Bey himself was telling us we couldn’t stop his “go”.

There was one man in the room who could, though, and that was Mos himself. Symbolically, the next thing he did was sit down at the front of the stage and tie his black leather shoes, lethargically, first left, then right. This was the first of many momentum-halting moves that Bey chose to employ in between skillful performances of excellent material from throughout his career. And this is where a lack of discipline yields a frustrating experience for the average fan.

With regard to his peculiar performance choices, it seems that Bey was more interested in showcasing his love for dancing than performing his songs. That may explain why there were occasional breaks from the music of Mos Def, sometimes for up to ten minutes at a stretch, in place of which Bey would ask his DJs to cue up some choice soul cuts. This allowed him ample time to demonstrate some excellent old-school MJ-like dance moves. This also revealed to me two very important things everyone should know about Mos Def he is very handsome and he is an incredible dancer. Many women in the club were quite vocal on these points. I was too. 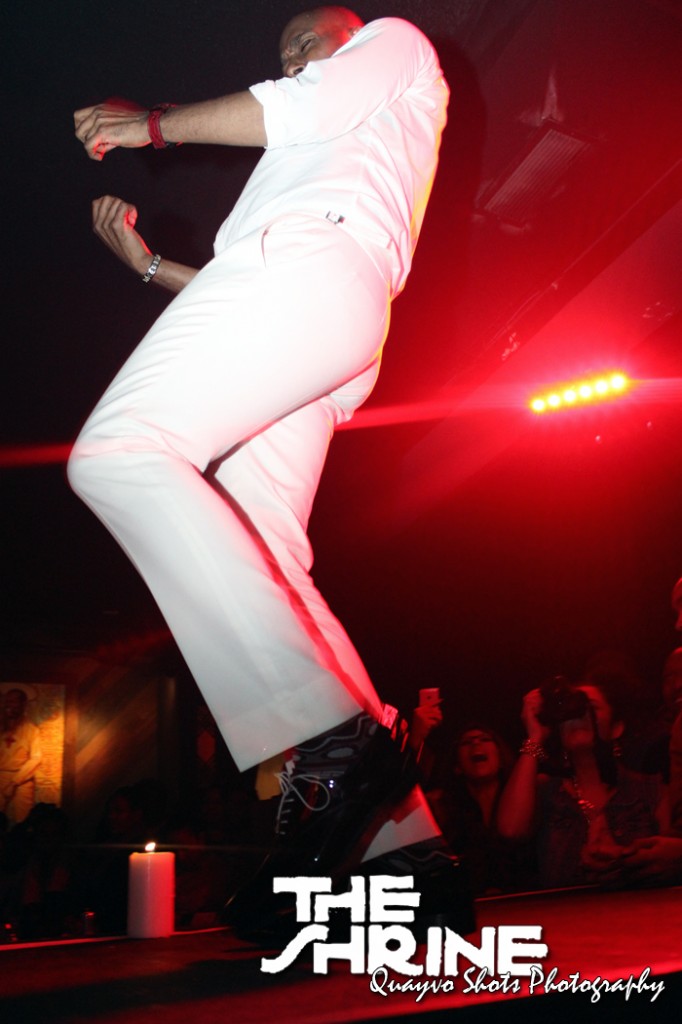 But still, where was the music? Bey would sometimes excite the crowd by launching into a string of three or four songs after these dance interludes. His shit was creative. He reworked “Hip Hop” so the verses had pitch and the last part of the song was done over a jazz outro. Many songs from The Ecstatic ended with a reveal of the original source of the sample. There was a lot there for hip hop heads to get excited about.

But Mos would inevitably bring the crowd back down to sea level by re-interrupting his flow. On two or three occasions, he would bait the audience by careening into an energetic first verse, only to call out for Preservation to stop the track completely. After an elongated silence and a twice-repeated introspective prayer, he’d call for the track to begin anew. This would have been at least interesting if it were improvised. But it was clearly schtick, a ploy that made sense only to him.

There were also moments that were downright puzzling. Like when Mos paced the length of the stage, half-muttering “Dilla Dilla Dilla Dilla” and then “beats beats beats beats” almost like a mantra. Even when Bey finished his historically set-ending “Travellin’ Man” he called for Preservation to cue up another medley of soul tracks so he could continue dancing. He mugged for iPhones and reached out to touch his admirers in the front row. But most everyone else in the club, it seemed, were waiting for him to finish so they could leave.

The man once known as Mos Def is good at a lot of things. He is a gifted lyricist, a versatile actor, and a committed outspoken supporter of important social and political causes. Maybe it’s his being stretched too thin that is the cause of his undisciplined approach to live music. Or maybe he’s one of those artists that takes pleasure in giving his gifts sparingly to his fans, exasperating them with antics rather than being beholden to their every desire.

Whatever the logic, it isn’t quite working. By the end of his two-hour set, even the DJs and members of Bey’s entourage seemed tired of his cheeky persona. As fans headed for the coat check, some colleague of Mos was awkwardly approaching him from behind with a jacket in hand. When you’re a decade and a half into your career, that’s no way to end a rap show.