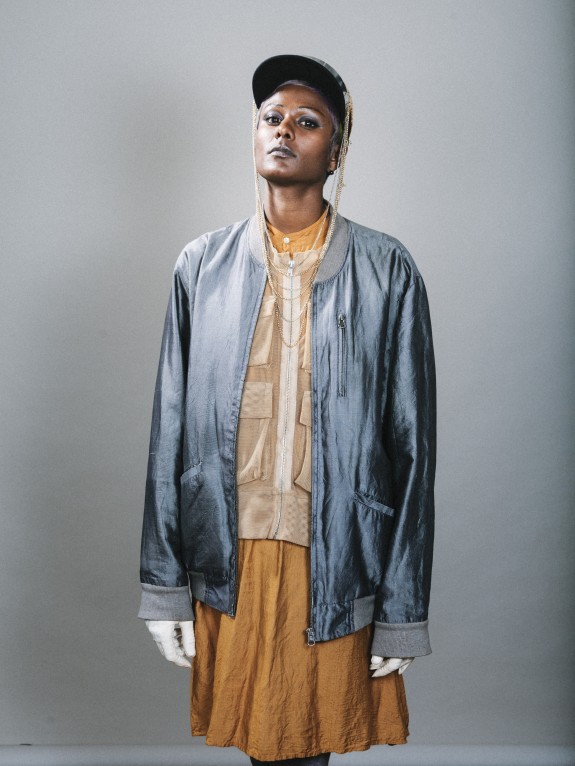 Aaron Frank is in favor of everlasting bass.

It’s only been a few weeks since Perera Elsewhere (aka Sasha Perera) first emerged with her startlingly brilliant single “Bizarre.” Known to many as the lead singer of Berlin-based electronic trio Jahcoozi, Perera takes a more measured and relaxed approach to her solo work, particularly on “Bizarre,” a languid reflection on the absurdity of day-to-day life.

Like most of the songs that make up her debut album Everlast, “Bizarre” is minimal in structure, yet clearly evocative of spirituality and post-apocalyptic imagery. The chorus hinges on a pristine vocal melody that recalls the work of Massive Attack collaborator Martina Topley-Bird, but the dusty acoustic production is more reminiscent of yogi-crooner Gonjasufi, one of several guests on Everlast.

Though the lyrics are mostly disconcerting (“Same ten families run the show / Friends with the president, friends with the pope”), there’s a glimmer of hope in the line “Until this one time’s over, let’s make the most.” Perera Elsewhere’s ascent can be viewed as similarly hopeful. In a year where almost everything under the umbrella of indie seems so glaringly derivative and forced, it’s nice to be reminded that there are still some talented weirdos out there.

Below, you can stream Perera Elsewhere’s Bizarre EP, which is out now on Friends of Friends. Everlast is set to be released on October 28th.