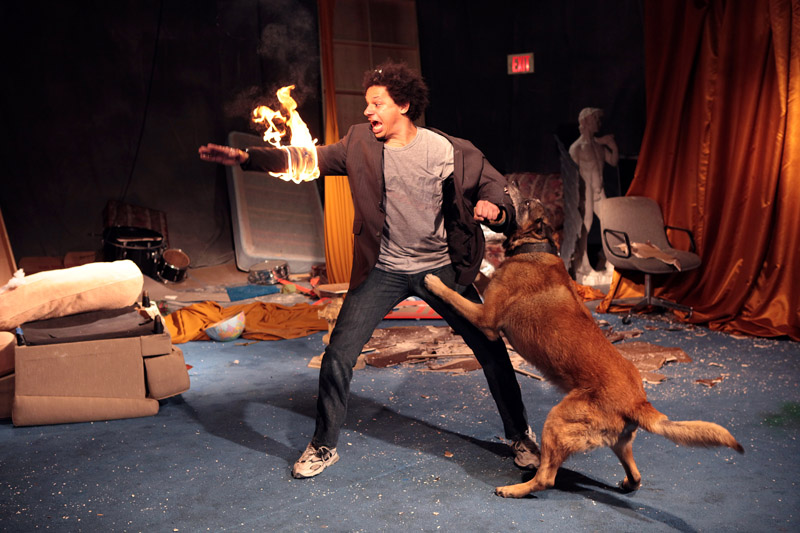 This is probably the funniest episode we’ve done on Shots Fired because Eric Andre is the funniest guest we’ve had on Shots Fired. If you’re blind to the man with the flaming arm above, his show airs Thursday nights at 12:30 a.m. on Adult Swim. You should watch it because it is the most brutally entertaining and absurd show on television. It is impossible to describe in words. The picture does it better: chaos, flames, attacking dogs, destruction, hilarity ensuing.

Topics discussed on the roundtable included the Silk Road, Steve-O disrespecting O.D.B. at a Wu-Tang concert, what Da Brat has been up to, his love of Wu-Tang, the many sightings of Skee-Lo, and Jenkem. Eric also told us about interviewing Jay-Z & Beyonce on his show, what he thinks of Miley Cyrus, and why he recently got arrested. If you don’t listen, Raekwon will go to jail tonight. Episode below the jump, along with Nocando and Kail’s “Spooky,” which is the Halloween anthem of 2013.